As the movie business struggled to right itself after being upended by the pandemic in 2020, horror kept right on chugging along. As has been the case for years now, a lot of the best stuff came from the independent sector, though a few wide-release movies (once wide releases could happen again) made strong impressions as well. The films that made my top-of-the-year list (which I turned up to 11 from the usual 10 to fit all the worthy titles) run the gamut of subjects, approaches and voices behind the camera, proving horror once again to be one of the most diverse genres (in both senses of the word) out there. In alphabetical order…

CENSOR: What’s nastier than a “video nasty”? A woman tasked with keeping fright flicks safe for general consumption in the notoriously censorious Britain of the ’80s finds out in Prano Bailey-Bond’s engrossing and startling debut feature, which she scripted with Anthony Fletcher. Niamh Algar’s fully dimensional lead performance anchors a study of the tragedies that can happen at the intersection of manufactured terror and real-life trauma. (Review)

COME TRUE: The world of dreams has been fertile ground for fear fare for decades now, and writer/director Anthony Scott Burns finds new scary-subconscious territory to explore. Also handling the cinematography, editing, visual effects and some of the score, he plunges us into the disturbed psyche of a young woman (Julia Sarah Stone) who seeks help via a college sleep study that only winds up exacerbating her problems. Stone’s unconventional heroine is our consistently empathetic guide through a mind-teasing scenario and often chilling dreamscapes. (Review) 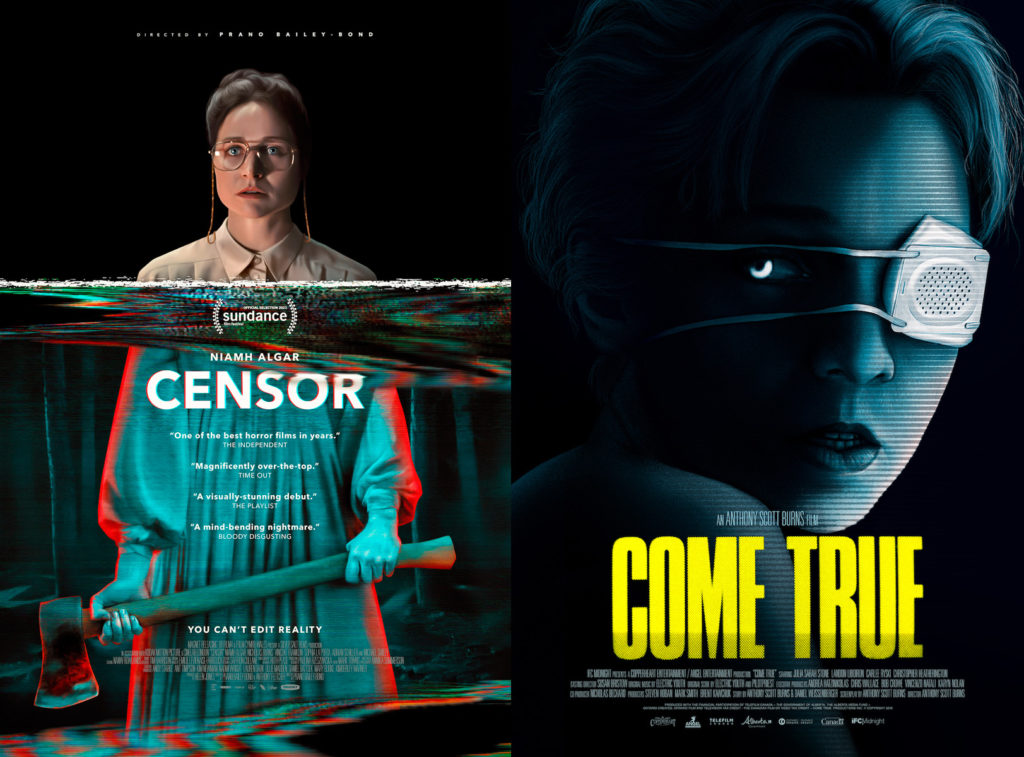 DETENTION: In 1962 Taiwan, martial law rules the day even within a high school, where a small gang of students rebel via a secret book club. Then supernatural forces begin to stir, and become even more threatening than the oppressive government. There are just as many ideas as scares–and that’s a lot–in John Hsu’s film version of the popular Red Candle Games title, which easily takes a place at the top of the list of horrific video-game adaptations. (Review)

HURT: Having first emerged at festivals three years ago, Sonny Mallhi’s rural nightmare finally saw its welcome commercial release this past month. Following two couples as they enjoy a haunted-hayride attraction, and then discover what real terror is all about, HURT–written by the director and Solomon Gray–is another film that investigates the connections and contrasts between scary entertainment and true, stark brutality–and offers no easy answers, just a slow-burn, deeply disturbing viewing experience. (Review) 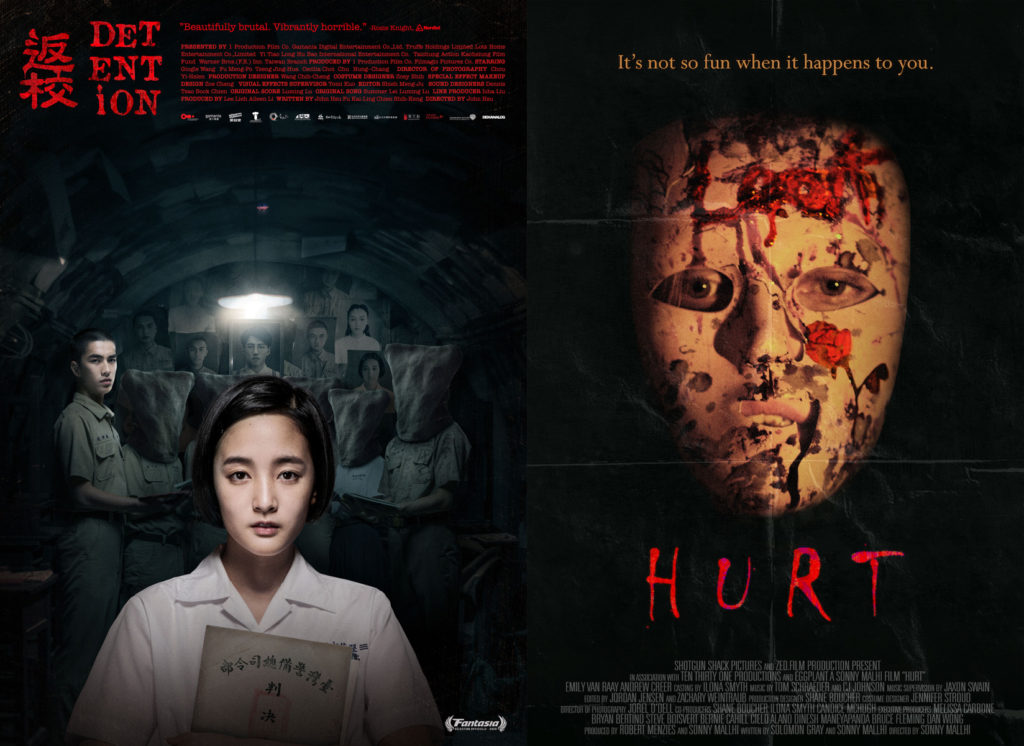 LAST NIGHT IN SOHO: Just as gloriously cinematic as you would hope and expect Edgar Wright’s first straight-faced genre feature (scripted by the director and Krysty Wilson-Cairns) to be, LAST NIGHT takes us on a resplendent ride through ’60s London before immersing us in its dark side. Thomasin McKenzie and Anya Taylor-Joy are excellent as a modern girl transported to that past era and an aspiring singer who finds chasing fame leading her into the clutches of human evil. With superlative craft contributions by all hands, the film is as dazzling as it is, ultimately, frightening. (Reviewed in RM #202)

THE NIGHT HOUSE: In a great year for leading women in the genre, arguably the very best turn was Rebecca Hall’s complex and heartbreaking performance in David Bruckner’s blend of psychological and supernatural horror. As a grieving widow who discovers that her deceased spouse has left some eerie secrets behind in the woods surrounding their home, Hall expresses a remarkable range of emotions, amidst a scenario (scripted by Ben Collins and Luke Piotrowski) that pulls some surprising variations on the traditional haunted-house tale. 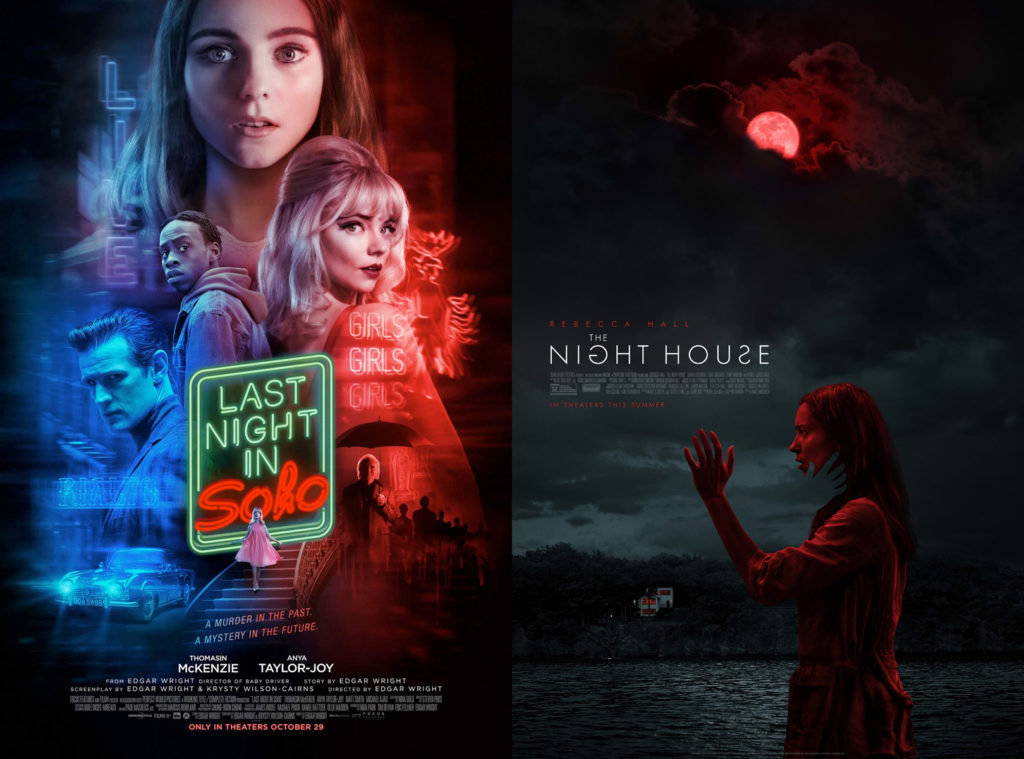 THE POWER: A perfect demonstration of how historical horror can have potent modern-day relevance. Set in the early ’70s, when London underwent energy-saving blackouts, the film takes place in an infirmary where trainee nurse Val (Rose Williams) is about to undergo her first night on the job–during one of those outages. As if that’s not unnerving enough, there are menacing presences lurking in the darkness, and writer/director Corinna Faith pointedly makes it a toss-up whether the human or inhuman ones pose the greater threat. (Review)

A QUIET PLACE PART II: Following up on his 2018 hit, writer/director John Krasinski takes a leap forward as a visual filmmaker while retaining the human focus that made the original so special. Millicent Simmonds also has more chances to shine in the expanded role of hearing-impaired Regan, anxious for more personal contact in a world overrun by monsters. This is one sequel that successfully widens the focus and the world of its predecessor while delivering the same level of intimate drama, along with plenty of creature-borne scares. (Review) 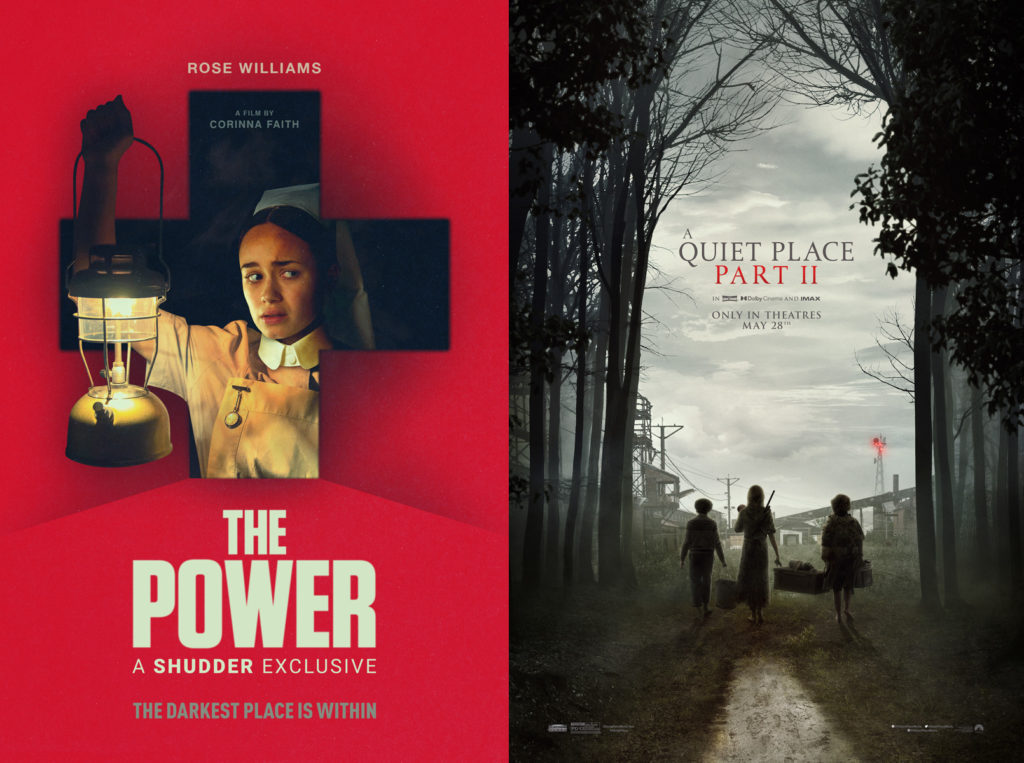 SAINT MAUD: The price of faith has rarely been so acutely observed as in writer/director Rose Glass’ first feature. Morfydd Clark fully commits to the title role, a girl who takes a job as caregiver to brittle, bitter yet vulnerable former dancer Amanda (Jennifer Ehle). Maud just wants to help Amanda, but her brand of spiritual devotion has unfortunate consequences–yet even as her actions become painful to watch, Glass and Clark ensure that you never want to look away. (Review)

TITANE: Even rawer than RAW, her attention-grabbing debut, Julia Ducournau’s Cannes award-winning shocker digs deep into themes of obsession and transformation. Starting as the saga of a serial murderer (Agathe Rousselle, in what you won’t believe is her first feature-film showcase) with an automotive fixation, the film morphs into a strange and transfixing examination of the lengths people will go–including fooling others or themselves–to find happiness. It’s all done with galvanizing and uncompromising style, in the service of a truly distinctive personal vision. 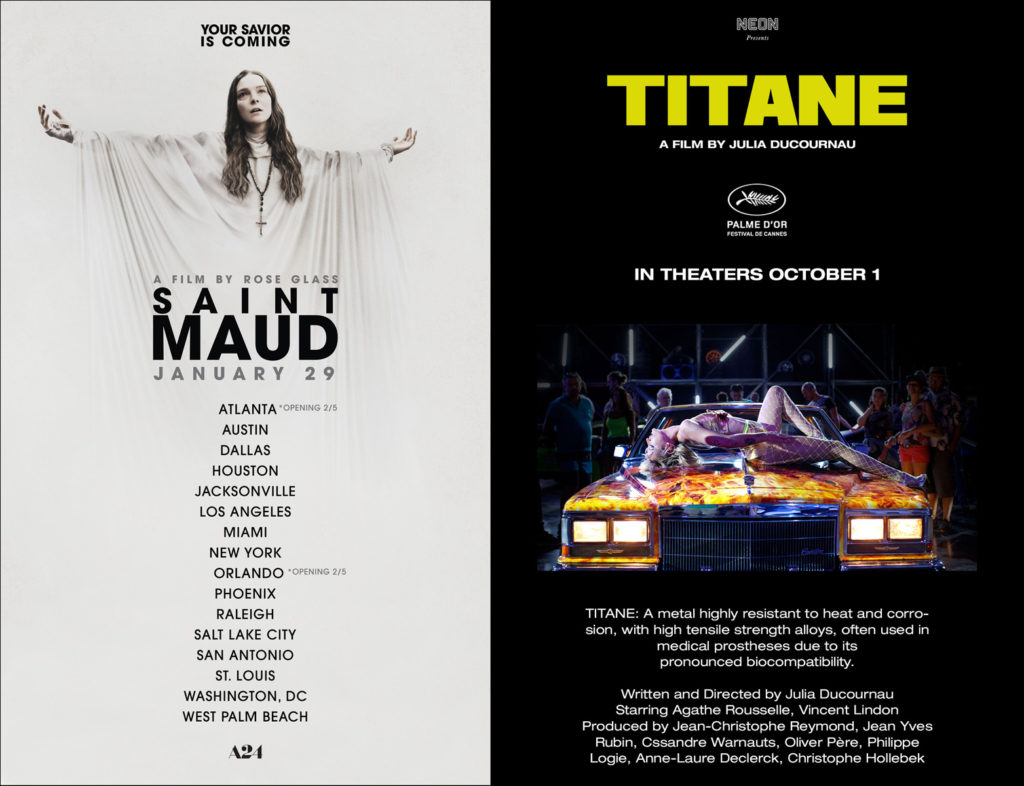 VIOLATION: Hell hath no fury like a woman scorned? Not in Madeleine Sims-Fewer and Dusty Mancinelli’s film, starring Sims-Fewer as a victim of sexual assault who takes a matter-of-fact approach to meting out vengeance. Eschewing the cathartic charge that rape-revenge thrillers typically aim for, VIOLATION instead offers the point of view that even the most exacting payback can bestow no true satisfaction–the most disquieting idea in a movie that contains many shocking moments. (Review) 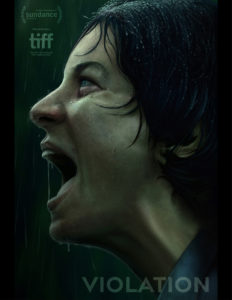 Special mention to a couple of not-quite-horror films: George A. Romero’s THE AMUSEMENT PARK, a formerly lost and intensely upsetting look at ageism, shot in 1973 and finally given restored release this year; and THE GREEN KNIGHT, David Lowery’s rich medieval fantasy shot through with impeccably crafted horrific trappings. Among the runners-up, some of them close ones: ANTLERS, THE BOY BEHIND THE DOOR, CANDYMAN, DEMENTIA PART II, FEAR STREET: 1994 and 1666, IN THE EARTH, LUCKY, SLAXX, SON, THE TOLL, AN UNQUIET GRAVE, THE VIGIL and WEREWOLVES WITHIN.