Sundance ’21 Movie Review: Videos and nastier in the engrossing “CENSOR”

The “video nasty” scandal that swept Britain in the 1980s continues to be an oft-cited touchstone in the annals of genre censorship, as it led to the outright banning of dozens of VHS horror releases and prosecutions of people who owned or distributed them. It has inspired numerous documentaries and now the narrative fright feature CENSOR, a world premiere at the current virtual Sundance Film Festival. Seeing the names of genre stalwarts Andy Starke, Ant Timpson and Kim Newman among the executive-producer credits would seem to make it clear which side of the controversy the film will come down on, yet CENSOR is not as concerned with talking points as one might expect.

The opening-titles montage of excerpts from THE DRILLER KILLER and other nasties, backed by news reports on various violence, suggests a political thrust, before the story becomes more oriented toward the personal. Set in 1985, CENSOR focuses on Enid Baines (Niamh Algar), who works for what is clearly supposed to be the British Board of Film Classification, though unless I missed something, the organization is never named. Her job is to watch the gorefests that pass through on their way to cassette release, to determine what needs to be trimmed in order for the films to receive an 18 rating. Enid takes her job seriously–her oft-repeated mantra is “getting it right”–and a tense dinner with her parents reveals it may stem from personal experience with trauma: Her sister Nina disappeared when they were children, and she still blames herself where her folks have been trying to move on.​ 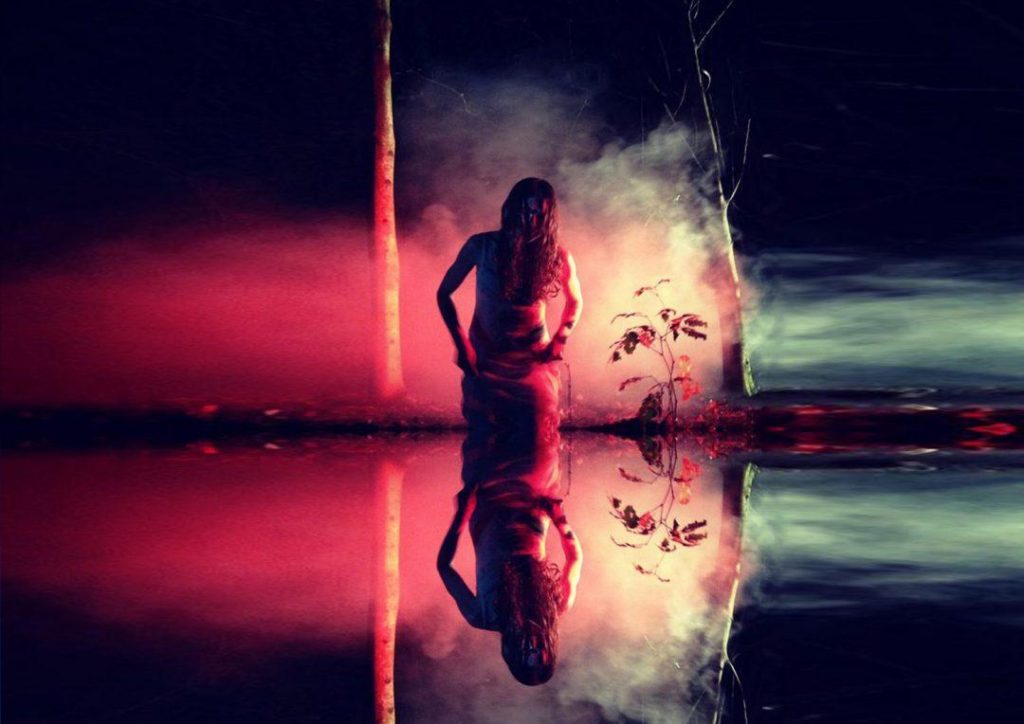 First-time feature director Prano Bailey-Bond, who scripted with Anthony Fletcher, evidences a keen sense of the era (kudos to production designer Paulina Rzeszowska, who also did those honors on SAINT MAUD), along with its shock cinema and the attendant concerns, while keeping the scope tight and eschewing indulgent period signifiers. The replications of the nasties-within-the-film feel authentic, and there’s an unforced, morbid humor in the way Enid and her colleagues matter-of-factly discuss how many eye-gougings, etc. a movie can get away with. At the same time, Algar’s quietly troubled performance provides an empathetic center, as Enid is faced with on-the-job plights that make the cinematic atrocities she witnesses pale in comparison. A sleazy producer (Michael Smiley from KILL LIST and COME TO DADDY) crudely propositions her, and a copycat crime brings journalistic heat down on her office, with the tabloids identifying her as the one who let the movie that allegedly inspired the ghastly act pass into release.

Most troubling of all, when she screens DON’T GO IN THE CHURCH, the latest work from notorious and mysterious auteur Frederick North, it echoes–and brings back–memories of the day Nina vanished. Enid has been repressing those thoughts (a co-worker suggests her mind has been doing a little censoring of its own), but as she feels compelled to investigate a possible connection between North and Nina, they come flooding back. Her obsession leads her to dark places, both literal and psychological, and Bailey-Bond deftly balances suggestions that she’s uncovering terrible secrets and that this situation exists only in her mind.

Throughout, the director sustains an eerie, menacing atmosphere, bolstered by Emilie Levienaise-Farrouch’s music, Tim Harrison’s sound design and Annika Summerson’s cinematography, the latter containing a number of cool little flourishes (a projector beam in a screening room turning red, for example) amidst color schemes inspired by the Italian nasties. The lines between screen and actual terror become blurred in ways that keep you guessing and intrigued, and don’t strain to make a Statement. CENSOR isn’t after a blatant indictment, either of the connection between reel and real violence or those who opportunistically seek to make that connection, though it does offer brief, knowing commentary at a few points, as when Enid watches an especially sadistic moment from the vintage cartoon DICK WHITTINGTON’S CAT–potential decapitation, fun for all ages! (There’s also an unintentionally relevant glimpse of a news report concerning hooliganism threatening a democratic government.) “Horror is already out there, in all of us,” someone says toward the end of CENSOR, though the message is not meant to let anyone off the hook, least of all Enid.