It’s the latest from the team behind the DON’T F*** IN THE WOODS movies.

Concept Media’s STRANDED, which we first told you about here, has its world premiere at HorrorHound Weekend, taking place in Cincinnati September 9-11, as part of the HorrorHound Film Festival. It’s up for numerous awards there (see graphic below), and director Shawn Burkett, who scripted with Cheyenne Gordon, says, “I’m so thankful and honored for the premiere and nominations! So much love and research went into this film, and I just can’t wait for people to be able to see it!” Adds producer Chris Gierowski, “Our productions keep getting bigger and better, and these noms are just the proof of that.”

Dale Miller, Brittany Blanton, Scott Gillespie, Mike Pleska, Peyton Pleska, Tamara Glynn and Rob Collins star in STRANDED; the synopsis: “After the passing of their mother, a group of siblings drive across state to spread her ashes. They become stranded when their car breaks down on a country road in the woods. Unknown to them, a very tall and hairy creature has stumbled upon their car and they have to overcome their family trauma and work together if they want to survive the night.” 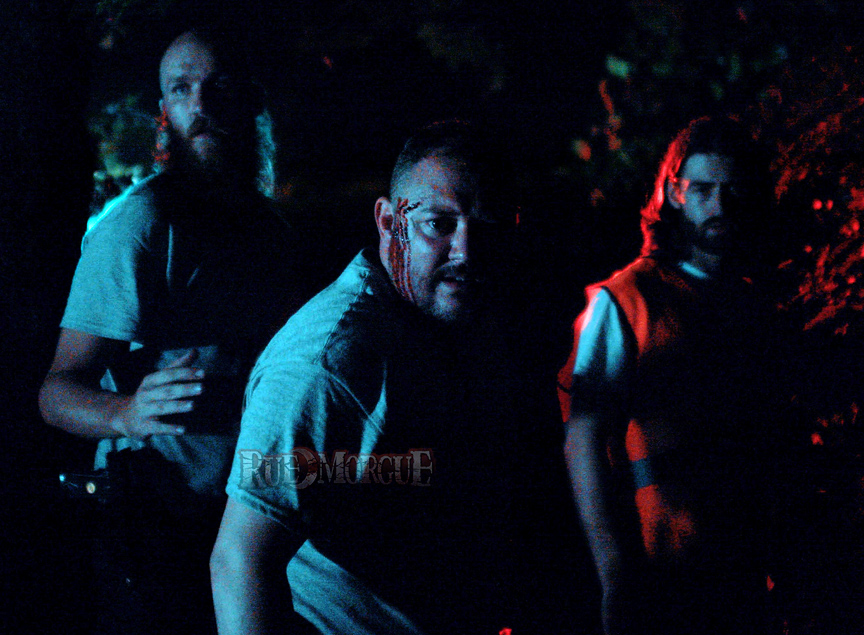 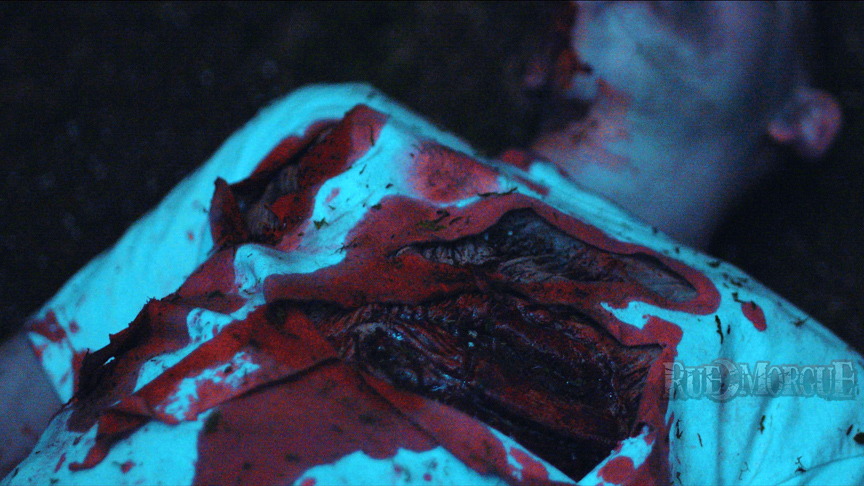 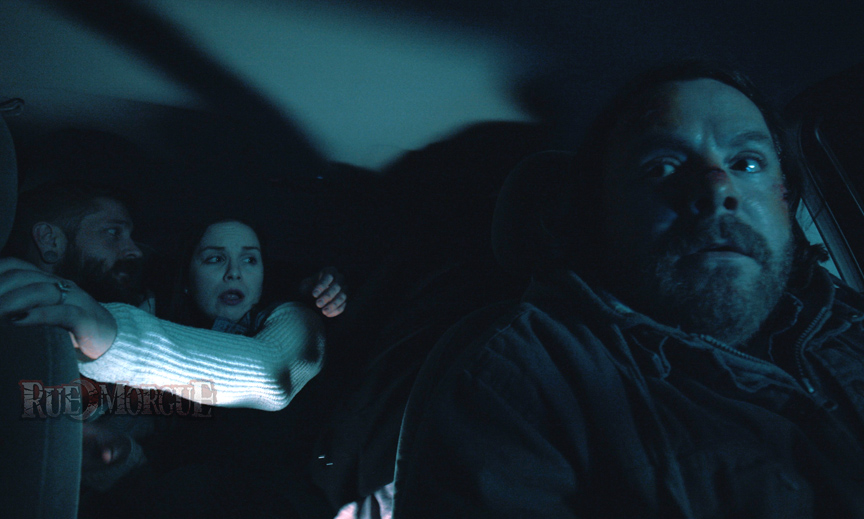 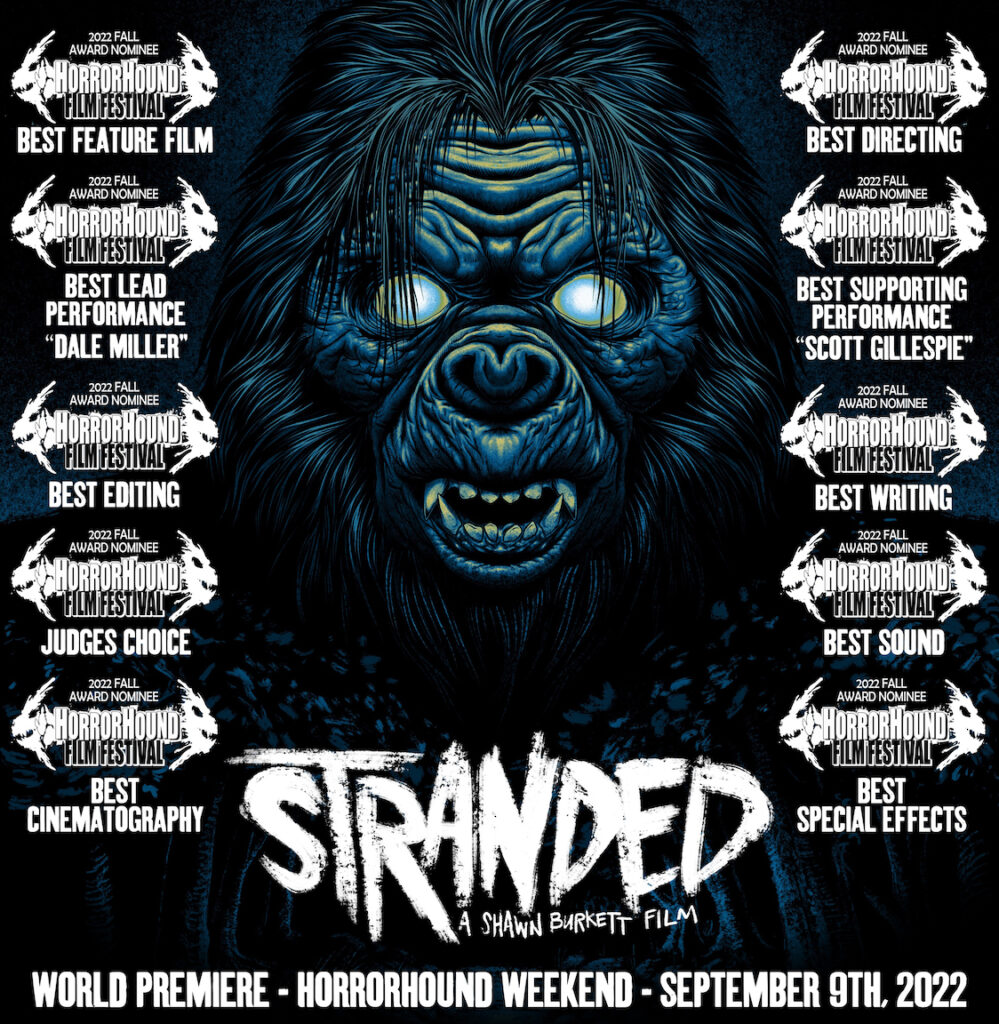