The team behind DON’T F*CK IN THE WOODS is heading back into the trees with the creature feature STRANDED. Read on for an exclusive first look at the latest poster, along with the teaser trailer.

Writer/director Shawn Burkett and producer Chris Gierowski, who also collaborated on the werewolfilm BETSY, are prepping STRANDED to shoot later this year. The cast includes Dale Miller, Brittany Blanton, Payton Pleska, Mike Pleska, Harper Dawahare, Scott Gillespie, Julie Anne Prescott and Rob Collins, the latter of whom is also creating the effects with Stephen J. Hodke and Blaze Bolden. According to the official synopsis, “The film follows a group of siblings into the wilderness to fulfill their mother’s request of scattering her ashes in a location where she was fond of as a child. Along the way the siblings are forced to hash out issues and reopen old wounds before they become stranded on an old country road where they come face to face with the infamous Bigfoot.”

The moviemakers have launched a crowdfunding campaign that runs through April, and offers copies of the movie on disc, Bigfoot busts, walk-on roles and other perks. Check it out here. 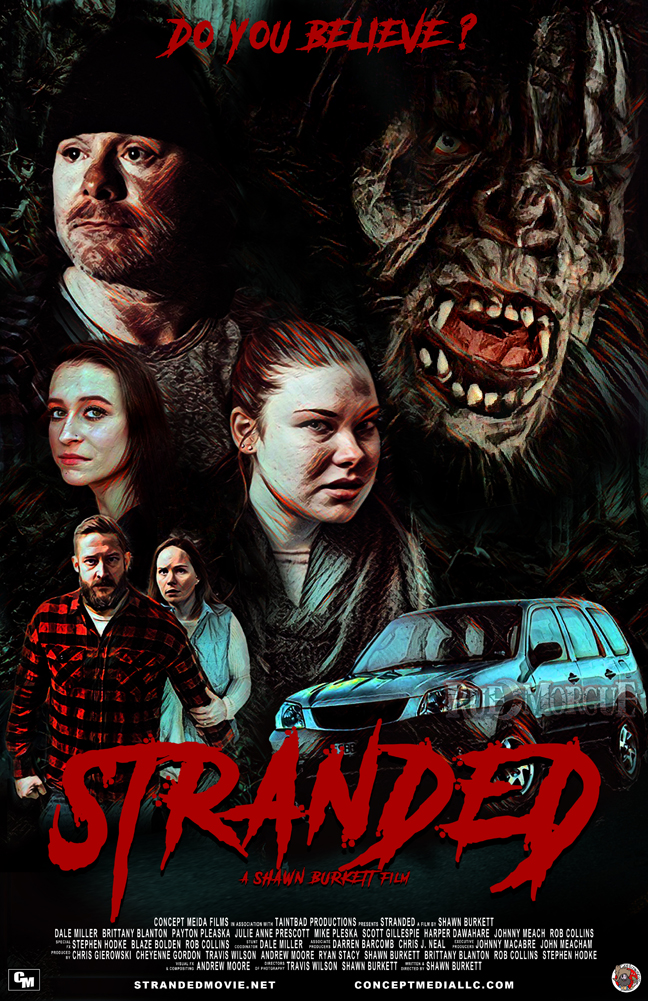