Six years after winning a top award at Montreal’s Fantasia International Film Festival, writer/directors Michael Borowiec and Sam Marine returned to present their new project SURGAT at the Frontières International Co-Production Market. RUE MORGUE got the chance to speak with them about the film, which already has some solid talent attached.

Marine and Borowiec (pictured below), who took Fantasia’s New Flesh Award for Best First Feature for their sci-fi-tinged drama MAN UNDERGROUND (full disclosure: yours truly headed the jury for this award), were inspired to go full horror by their trip to the fest. “At the time, I was thinking, how do we get another film made?” Borowiec recalls. “I was reading an interview with John Carpenter, and he was talking about how this is an industry, and everyone’s got to find a way to make their film. And after coming to Fantasia, I started thinking a lot more about genre films, and what I would want to do if I made something in that space. I came up with the idea, and it kind of sat around for a while; then Sam came on board, and that’s when it really became a great script.” 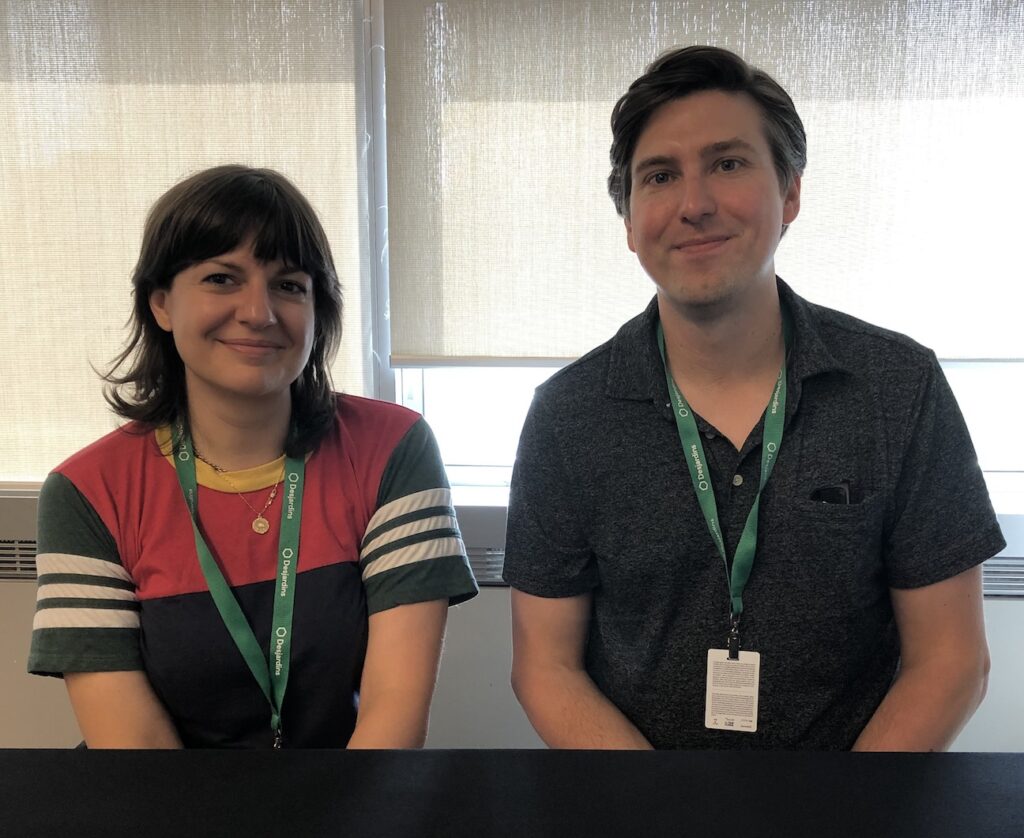 The project had its genesis when Borowiec became aware of the Grimoire of Pope Honorius III–a tome you can buy on Amazon, with he did. “Honorius was a pope in the 13th century who wrote about summoning demons and learning how to fight them, so he could prepare for a battle with Satan. The most powerful demon he encountered, he said, was Surgat–but he only wrote one sentence about him, as opposed to all these pages about the other ones. He wrote, ‘Surgat…who opens all locks.’ So I was trying to interpret what that meant, and I just started thinking, what would be such a horrifying thing that would be opened? What if that meant opening up yourself, and all these truths and desires were revealed to you and others? What if all the people around you knew all of these things, and they were turned on you?

“So the movie follows a young pregnant woman who’s in very dire straits, and is kind of relying on everyone around her to survive. Once this demon starts attaching itself and possessing everyone around her, making them bring out the truth, her whole world starts falling apart.”

“You also said that you wanted to make a monster movie without a monster, so that was kind of the genesis as well,” Marine adds, and Borowiec continues, “Yeah, because I feel like anytime you see a monster on screen, every single time you see it again, it becomes less scary. So we wanted to never show the monster until the final shot of the movie.”

“So really,” Marine says, “it’s a movie about the real monster being within your own family or within you. It’s an exploration of, when is it a bad thing to hear too much of the truth? Or the timing of the truth, where you’ve been lying about something for so long, and then the truth comes out? We’re excited to do a film with these kinds of themes because it’s a time, in the U.S. especially, when the truth is constantly being called into question. We feel it’s a relevant time to explore that.”

SURGAT is currently in the financing stages, and has already attracted a couple of strong leads. “We have Francesca Reale, who played Heather Holloway on STRANGER THINGS, and Dagmara Dominczyk from SUCCESSION,” Marine says. “Our producer is Josh Ruben, director of WEREWOLVES WITHIN and SCARE ME, who has been helping us package it.” All three filmmakers hail from upstate New York, which is where they plan to get SURGAT rolling in 2023. “It’s certainly a good setting for this story,” Marine says. “I’m from the Hudson Valley, and that’s really been popular with filmmakers recently, and my family currently lives in Kingston, where they’ve been shooting a lot.”

“It’s close enough to New York City, which has so many production resources, and it’s just catching on that this is a good place to shoot. It’s very friendly toward productions.”

“Although every time I come to Montreal, I’m really tempted to shoot here!” Marine says, and both laugh. “It’s such a great place!”