The ROAD WARRIOR veteran has invaded the sci-fi/horror hybrid.

The team behind AREA 5150, which we previously told you about here, sent along the exclusive pics seen above and below with the news that they’ve added Vernon Wells to the cast, for major sequences shot at RCP Film Studios in Yucca Valley, CA. According to the filmmakers, “Wells plays Rocco, the sole survivor of a mass alien abduction who knows a secret way into Area 51, the closely guarded military base located in Nevada’s high desert. He’s now the lone inhabitant of Black Widow Valley, with only eerie mannequins for company. His alien encounter has left him haunted and dangerously deranged–especially when an intrepid sci-fi blogger [Matthew Lucero] and his friends [Clair Brauer and D’Shea Beasley] arrive looking for information.”

“Working on AREA 5150 was a lot of fun, and playing a character this tormented was different,” Wells tells us. “The producers, director, crew and the rest of the cast were amazing. I think this will be a great movie, and I am proud to be part of it.”

“Vernon was incredible,” says director/producer/co-writer Sean Haitz (at left in 3rd photo below), noting that the project’s Indiegogo crowdfunding allowed him to fulfill his longstanding desire to cast Wells. “He gave us everything we asked for and then some.”

“Writing for Vernon was such a thrill,” says writer/producer Mark Cerulli. “His intense performance as Wez in THE ROAD WARRIOR is still etched on my mind. You basically just give him a blueprint, and he runs with it.” Adds producer Ryan James, “From firepower to lingo, Vernon came loaded for bear to embody the role of Rocco. Between his dedication and collaboration, he seamlessly jumped into the skin of this wild-card character and brought a fearless and fun attitude to face shooting in the unpredictable high desert.”

AREA 5150, which also adds desert mutants into the mix, co-stars Felissa Rose (SLEEPAWAY CAMP, TERRIFIER 2) and Jed Rowen. The filmmakers are targeting a summer 2023 release, and are continuing to raise funds for completion, offering “out-of-this-world perks,” at Indiegogo. 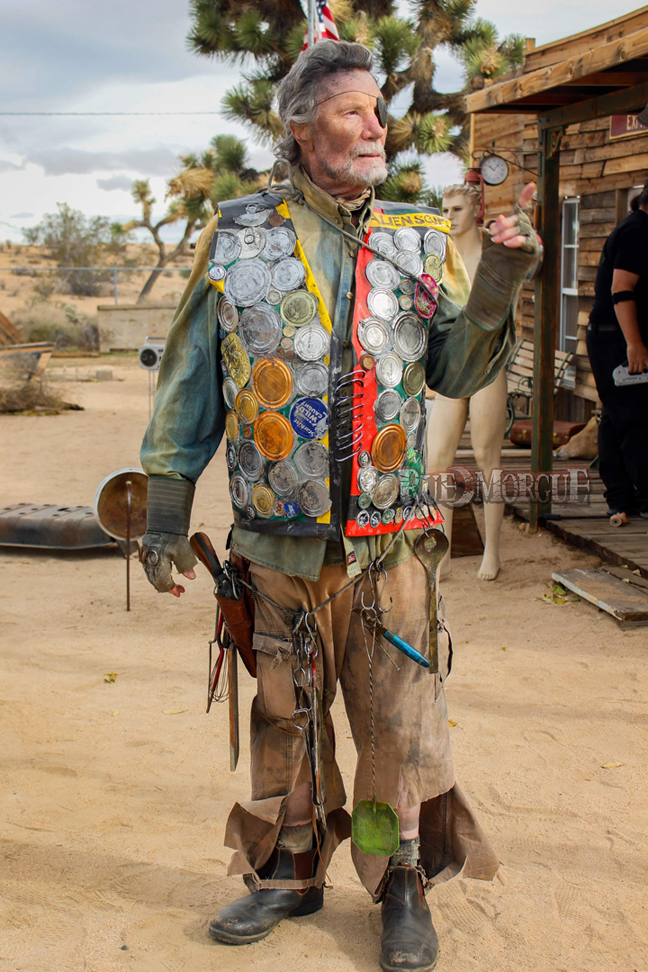 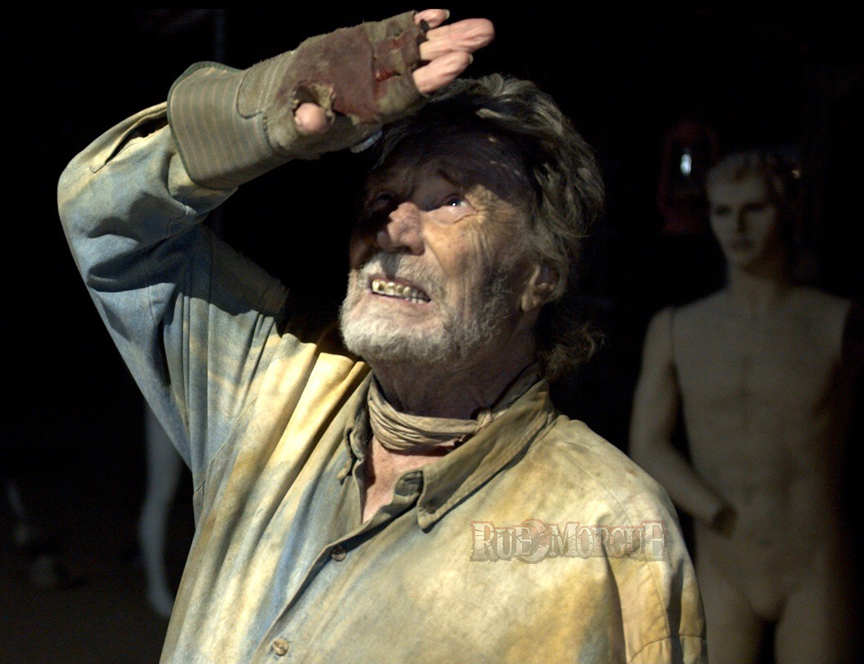 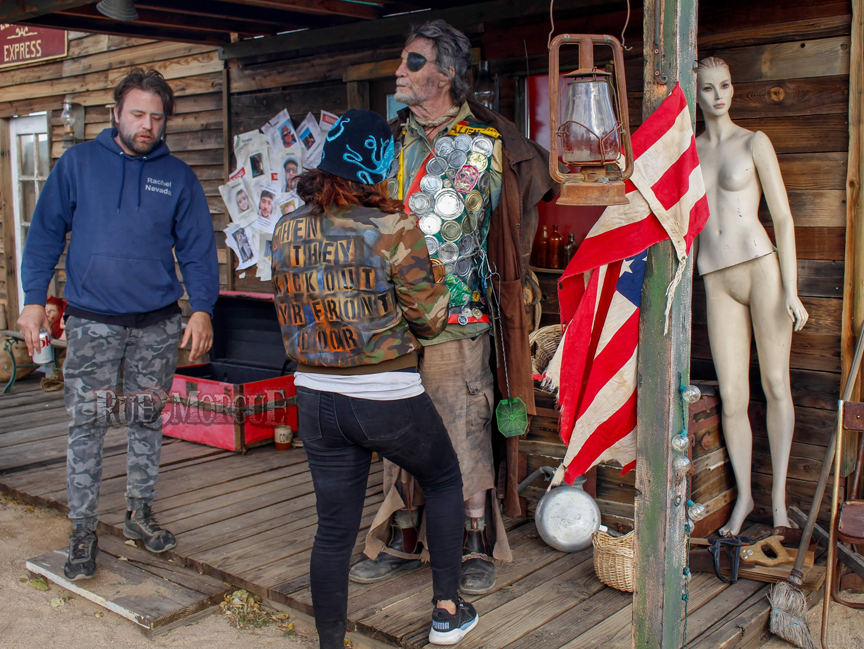 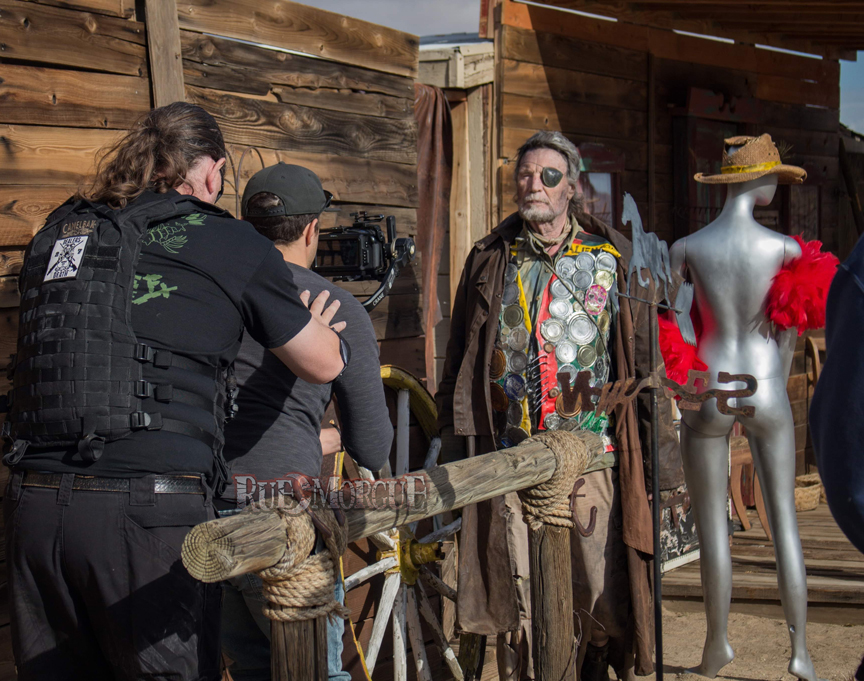