Two subgenres collide and hapless humans suffer for it in the sci-fi/horror/comedy.

Writer/producer/co-star Mark Cerulli sent along the exclusive stills and behind-the-scenes pics seen above and below from AREA 5150, which is close to wrapping production. Directed by Sean Haitz, scripted by Haitz and Cerulli and produced by the duo with Ryan James, the movie also stars Felissa Rose, Jed Rowen, Eiji Innoui, Matthew Lucero, Aaron Prager, Clair Brauer, Rob Wight and D’Shea Beasley. The synopsis: “The film follows an alien-obsessed podcaster and his friends who decide the best place to do a live show is outside the mysterious facility itself…not knowing that they’ve stumbled into a brutal hunting ground used by a demented family with ties to the base.” The PR further informs, “AREA 5150 was shot in the Mojave Desert and in studios in Los Angeles—although the filmmakers grabbed some shots at the actual border of the real Area 51 in Nevada. The film will unleash two new iconic monsters: Ruby Rose, who wields a custom-built skull chainsaw, and Timmy, a mutant killer whose weapon of choice is a flamethrower.”

“A couple of my all-time favorite films are THE HILLS HAVE EYES and ALIEN,” Haitz (bottom photo below at right with Cerulli) tells us, “and I really wanted to blend those two worlds into one. Having a cannibal mutant family living outside the gates of Area 51 just seemed so appealing to me, and adding a slapstick dark-comedy element gave it some real twisted charm that people will eat up!” Adds Cerulli, “Sean and I discovered that we both share a huge interest in Area 51 and imagined what could go on there. But to us, the barren no man’s land outside the base was just as interesting–it’s a place where anything could happen. We went up there the December before we began shooting and grabbed some exteriors, while the real ‘Camo Dudes’ watched us from a white pickup truck with blacked-out windows. That was pretty intimidating, so we wanted to bring that constant element of unease to the film.”

“What attracted me to this film in particular,” James says, “is that it’s crafted like a genre-lover’s trail mix. Every scene has something for everyone, whether it be sci-fi, horror or comedy. It’s got handfuls of sweet moments, salty kills and downright out-of-this-world reveals once we actually discover what’s inside Area 51.”

Rose, who plays desert dweller Roberta (1st photo below), raves, “My time on AREA 5150 was exceptional because of the people making this film. To find yourself in a playground that allows you to explore and create freely is beyond fantastic, and I cherish everyone involved” And Rowen describes his character Dr. Izar (2nd photo below) as “a narcissistic, power-crazed guy whose lab coat has gotten way too big for his britches. I think he wants to be tyrant of the most secretive 51st state: Area 51. Trying to figure out how to play Dr. Izar, I just thought of men of science throughout history who got carried away with themselves and wanted to rule the world. Only with Dr. Izar, I get a feeling he wants to rule other planets, too.”

An Indiegogo campaign has been set up to fund the shooting of some additional scenes and the movie’s postproduction; you can find it here. 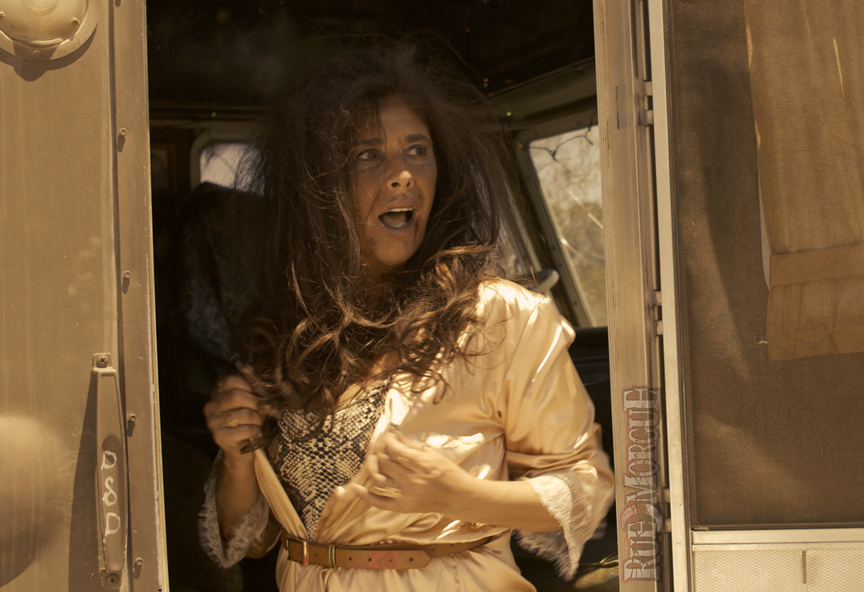 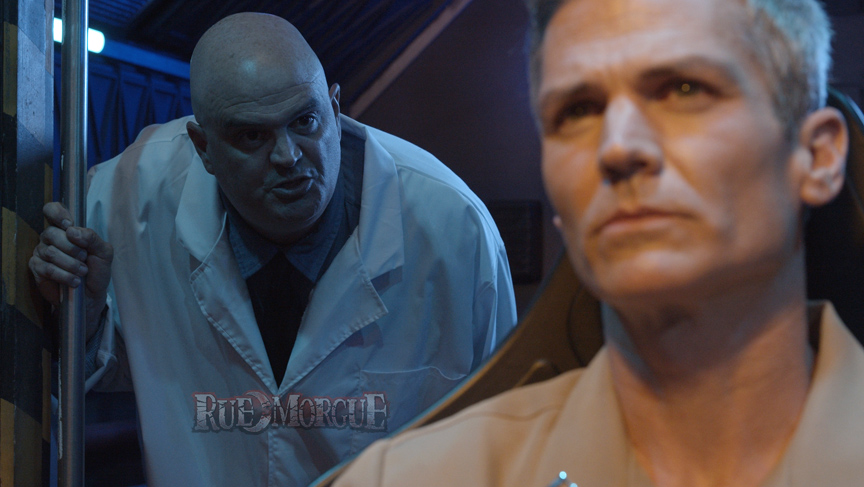 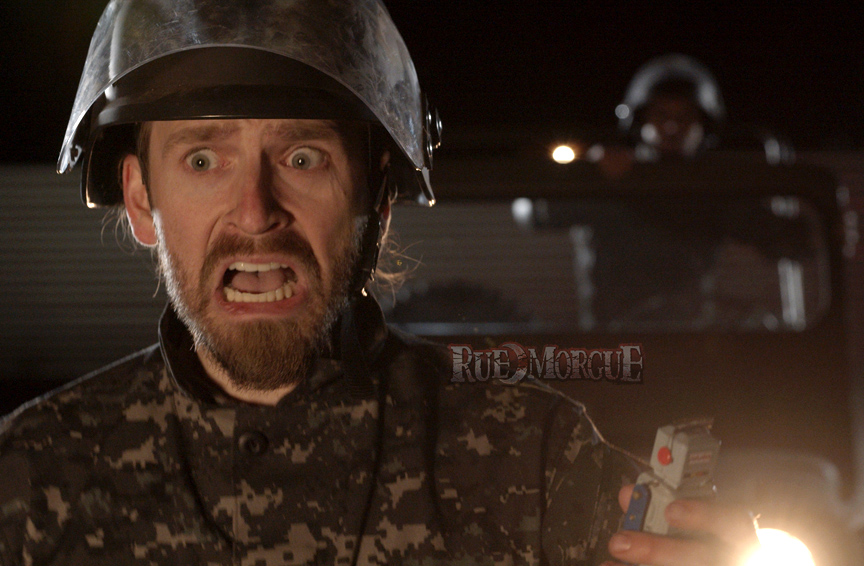 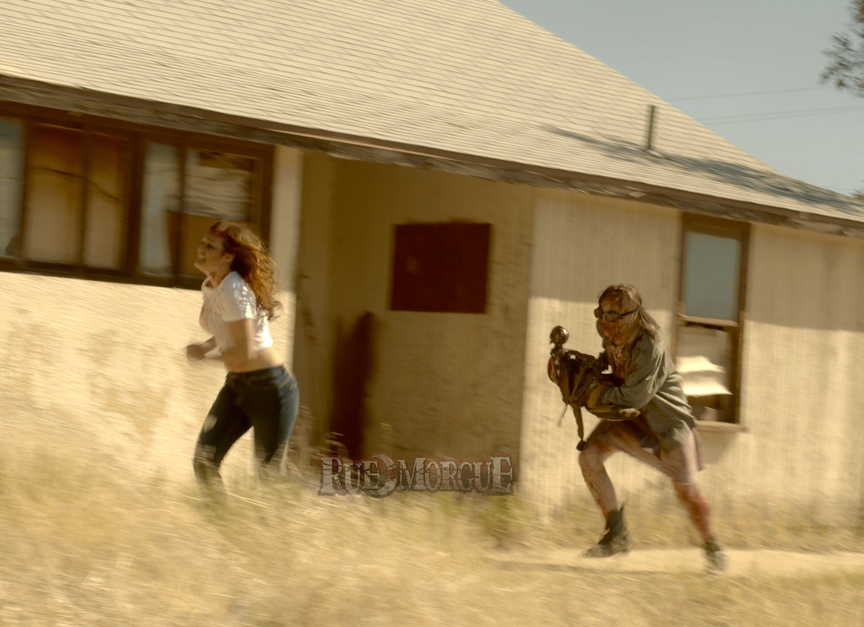 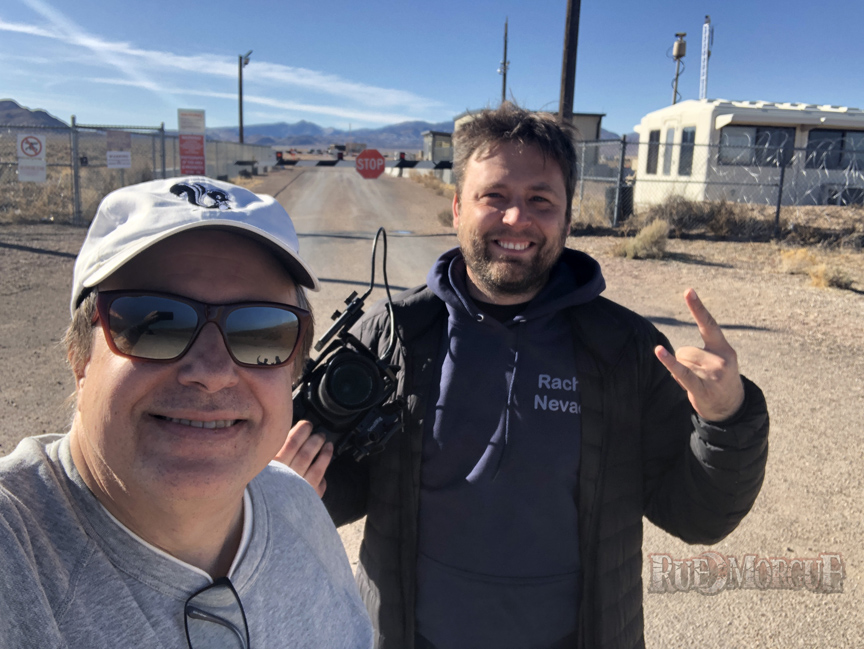 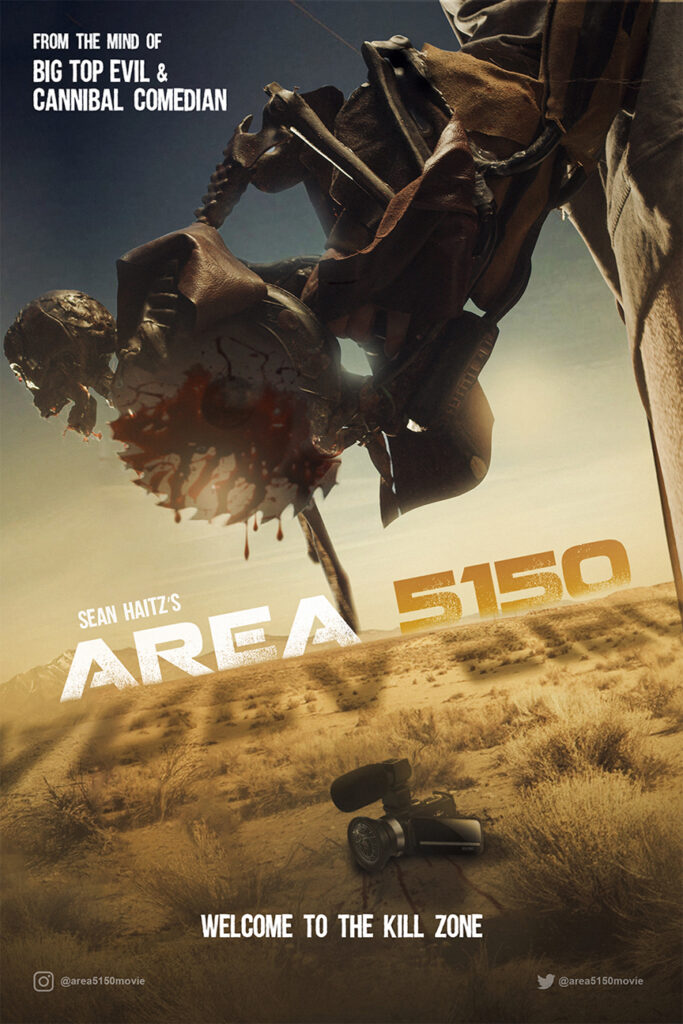