The kaiju feature is stomping its way from South Korea to Montreal to general distribution.

The synopsis: “Menacing, masked humanoids from another world are approaching Earth, and they haven’t come in peace. Their arrival coincides most inconveniently with the wedding plans of a handsome Air Force pilot. When the alien attackers drop a gigantic, remote-controlled cosmo-creep through our stratosphere, the jets take off to confront it, leaving our hero’s fiancée to weep with worry. The couple’s special day may be cancelled forever, however, because the giant monster–a ludicrous, lop-eared, tongue-lolling, hobnailed horror nicknamed Wangmagwi (“Big Devil”)–deviates from its devastation of Seoul to scoop up the bride-to-be. Despite their evident difference in size, and species, and so forth, Wangmagwi develops an immediate, King Kong-sized crush on the pretty lady in the palm of its hand. Resolving this romantic dilemma–and saving the world, of course–will require some very daring maneuvers.” 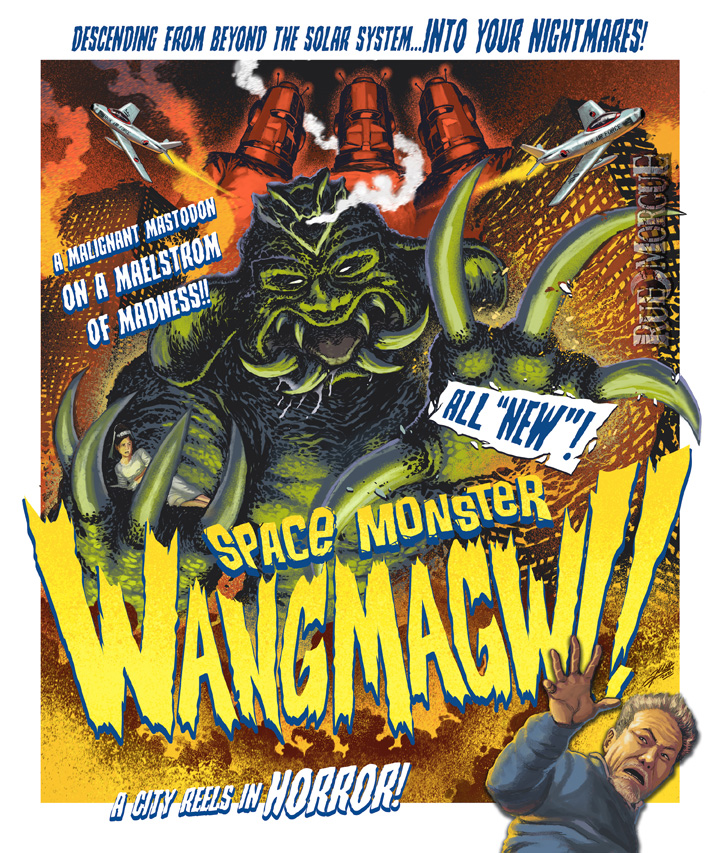