Exclusive: Bill Moseley says “3 FROM HELL” will be full of “gratuitous violence”

Fans of the Firefly family rejoiced when word came down earlier this year that writer/director Rob Zombie would be turning their saga into a trilogy, following up HOUSE OF 1000 CORPSES and THE DEVIL’S REJECTS (pictured) with 3 FROM HELL. Now that the film has wrapped and Zombie is deep into editing, star Bill Moseley says it won’t disappoint the devotees.

“All of the people who loved HOUSE OF 1000 CORPSES and DEVIL’S REJECTS are going to have a luau of excitement and happiness when they see 3 FROM HELL,” Moseley tells RUE MORGUE. “It’s going to be a crowdpleaser. From what I’ve heard from Rob, he’s very happy and excited about what he’s got, and it’s chockablock with gratuitous violence [laughs], which is great, because lately there have been a lot of good horror movies that just don’t have a lot of that. I mean, the violence is skillful, it’s effective, but it’s not gratuitous, and that’s what I think the fans are missing. I think we just want a lot of violence for violence’s sake—decapitations, shotguns to the face, just general ass-kickin’ stuff that we’re not really getting much of these days.”

While he’s sworn to secrecy on just how his Otis Driftwood, Sid Haig’s Captain Spaulding and Sheri Moon Zombie’s Baby Firefly come back after their splattery sendoff at the end of DEVIL’S REJECTS, he thoroughly enjoyed reuniting with his co-stars and Zombie. “We all had a good time,” he recalls. “We had to get down to it, because I don’t think the whole shoot took much longer than 20 days. We really had to kick ass.”

He does admit that getting back into the skin of a character he hadn’t played in over a decade took a little getting used to. “I think my first day working, I had a bit of a monologue to deliver, and in the first two takes, I fumbled the lines, because I was nervous. I was trying to capture whatever I had with Otis in HOUSE OF 1000 CORPSES, and of course now, it’s about 15 years later. Rob kind of looked at me askance after I’d fumbled the second take, and I just said, ‘Give me a second.’ I sat down, took a deep breath, I exhaled, and a voice in my head said, ‘Bill, I got this.’ It was the voice of Otis, basically telling the insecure actor to take a hike, and the third take was the charm. I just had to get to that place, which mercifully didn’t take long.”

Moseley, who says we can likely look forward to 3 FROM HELL seeing release in early 2019, appreciates the following that he, Zombie and the rest of the Fireflys have won over the years. “The fans I’ve seen recently are just so excited that there’s finally a sequel to DEVIL’S REJECTS. Most of the people I talk to just love it and continue to watch it, sometimes three or four times a day, God bless ’em. The fact that we’re actually doing a new one has them buzzing. And I’m excited about the fact that, from what I gather, it’s going to blow the minds of the fans, and they’re going to be very happy with it. They’re not going to be disappointed.” 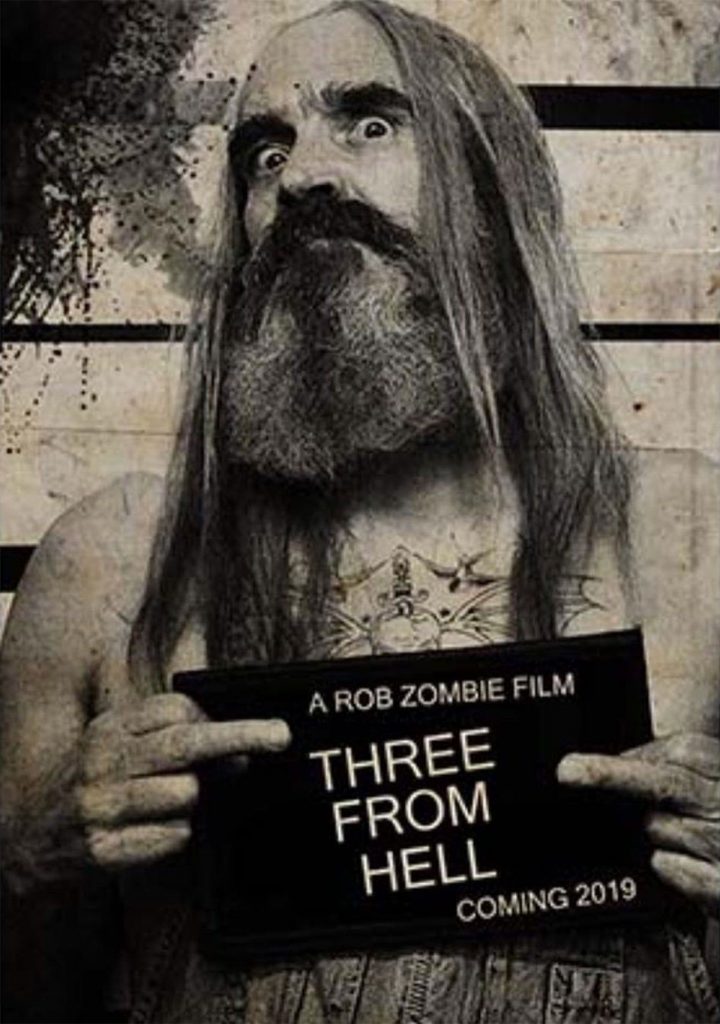