Rob Zombie’s “3 FROM HELL” is on its way to screens nationwide in September; poster unveiled

The long-awaited third film in the trilogy begun by HOUSE OF 1000 CORPSES and THE DEVIL’S REJECTS is set to take over theaters with bonus features. Read on for the info, and to see the latest poster.

Lionsgate and Saban Films are releasing Rob Zombie’s 3 FROM HELL to nearly 900 theaters September 16-18 via Fathom Events’ Digital Broadcast Network. The unrated movie will be accompanied on the 16th by a special video introduction by Zombie, with the first 50 attendees at each theater receiving an exclusive poster; on the 17th, a nearly 30-minute behind-the-scenes segment will run with the film; and on the 18th, 3 FROM HELL will be presented on a double feature with THE DEVIL’S REJECTS.

“This event is a long time coming,” Zombie says. “The journey of these characters has always been special to me and I am thrilled to finally let the fans experience the next episode of the Firefly madness. This project was a true labor of love for everyone involved and we know we have created something amazing for the loyal followers of these films. Let the insanity begin!” 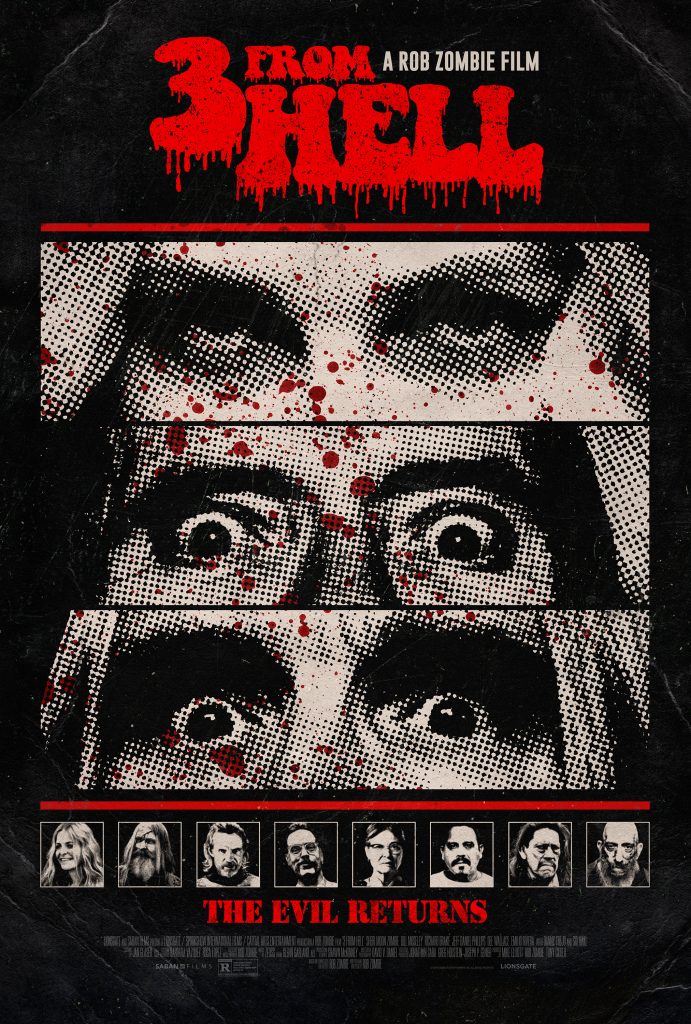