By that strange force of cinematic coincidence, two movies spotlighting murderous Santa Clauses are hitting theaters within a week: VIOLENT NIGHT, opening today from Universal, and CHRISTMAS BLOODY CHRISTMAS (pictured), releasing next Friday, December 9 from RLJE Films and Shudder. Speaking to RUE MORGUE about the latter, writer/director Joe Begos says he has no concerns about the films arriving at the same time.

“I’ve seen VIOLENT NIGHT,” he tells us, “and I’m good friends with Josh Miller, one of the writers. And it’s been a joke we’ve had for a year about how random it was that he pitched this movie without expecting that it could happen, and I wrote mine during the pandemic and it got made really fast. We both put our movies out there at the same time, not knowing the other one existed. They both got financed, and then people I hired to be on my stunt team ended up going and doing VIOLENT NIGHT after they’d been hired on mine, and Josh heard them talking about my movie. It was just this really weird thing.”

CHRISTMAS BLOODY CHRISTMAS, which will open in select theaters with a simultaneous Shudder debut on the 9th, concerns an animatronic RoboSanta+ that comes to life and goes on a rampage through a small town (see review here); in VIOLENT NIGHT, the real Claus takes on a heavily armed gang attempting to rob a wealthy home on Christmas Eve (see review here). “Obviously, they’re so different,” Begos says, “but it’s interesting because they’re both hard-R genre movies that have Santa at the forefront and a lot of violence, though his is in such a different style from mine. And I love it; I mean, if I was younger, or even if I wasn’t, I’d think the fact that we’re getting two original Christmas genre movies is so awesome. And if anything, you know, theirs is the big giant Universal movie, and we get to ride on their coattails [laughs]. Like, ‘Oh, there’s another one? I’ll take whatever I can get!’ I’m just glad that VIOLENT NIGHT is great, and we both got to make cool movies.” See more of our conversation with Begos on CHRISTMAS BLOODY CHRISTMAS on Monday! 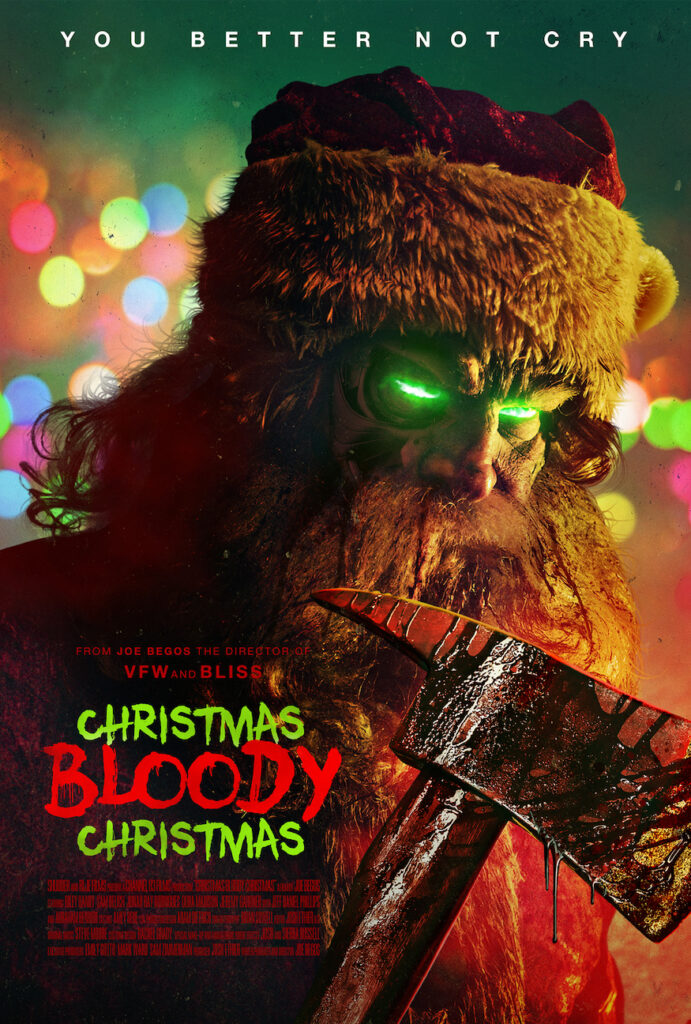