It’s a socially distanced feature shot during quarantine, though it’s not about the pandemic.

We first told you here about THE DARK OFFERINGS, the supernatural thriller that director Marcus Slabine shot last summer during lockdown. Scripted by Slabine and Elizabeth Piper S., who also stars as well as producing and designing the makeup effects, the movie has now completed postproduction and is heading out on the festival circuit while seeking distribution. The cast also includes David Howard Thornton of the TERRIFIER films (pictured in the exclusive photo at above left, along with Benjamin Frankenberg and Piper), Felissa Rose (SLEEPAWAY CAMP), Terry Alexander (DAY OF THE DEAD), Clifton Dunn, Tina Nikolova, Paul Sheehan, Lydia Kalmen, Jason Leavy, Michael Leavy, Eileen Dietz (THE EXORCIST), Tamara Glynn (HALLOWEEN 5), Spencer Charnas, Zach Selwyn and Shawn C. Phillips. The synopsis: “Sophia Hapgood is thrust into a horrifying world after her brother James brings her into a fatal situation. He passes a demon to her that she must spread to others within 6 days or else they both die. Sophia must make a choice to save her brother or find a way to end the curse.” We’ll keep you posted on when and where the movie will be visible. 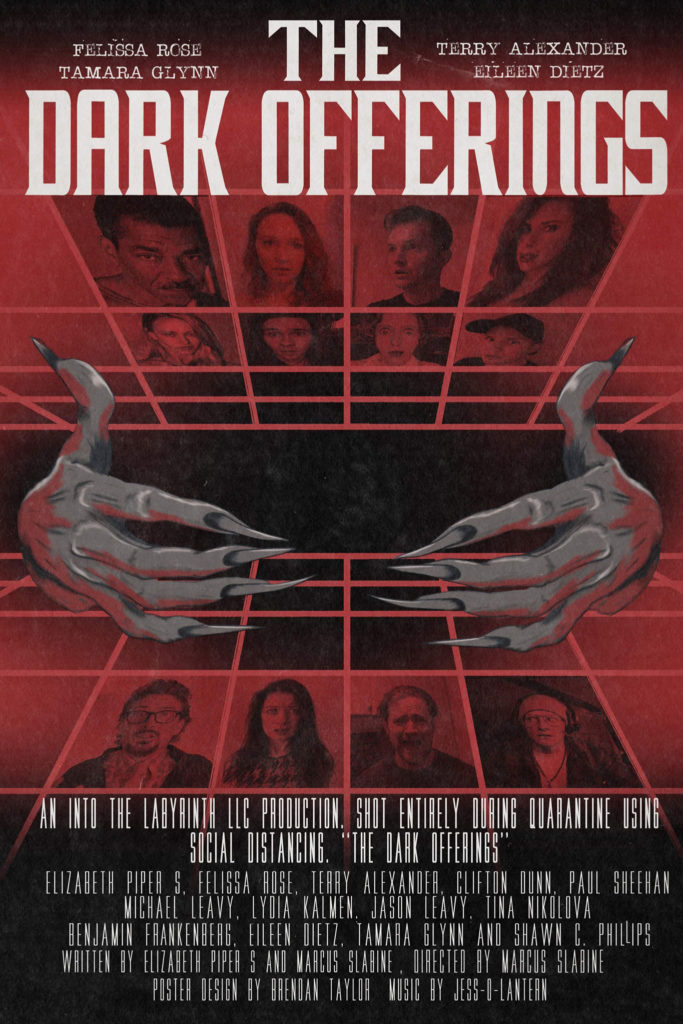