The saga of bullying, shaming and bloody murder has been a sensation at festivals, and sees release next month.

Magnet Releasing brings PIGGY, written and directed by Carlota Pereda, exclusively to Alamo Drafthouse Cinemas Friday, October 7, followed by more theaters and VOD starting October 14. Laura Galán, Richard Holmes, Carmen Machi, Irene Ferreiro, Camille Aguilar, Jose Pastor, Pilar Castro, Fernando Delgado-Hierro and Claudia Salas star; the synopsis: “During the sweltering summertime of rural Spain, Sara [Galán] carries an extra load of teenage agony due to the perpetual bullying from her peers. She’s also an outsider at home–her parents and little brother just don’t understand her–so, feelings internalized, she’s often found buried in her headphones, drowning out her surroundings. One day, Sara’s usual solo dip at the local pool is disrupted by the presence of a mysterious stranger in the water and an exceptionally grueling bout of abuse at the hands of three girls. But, in a strange twist of fate, along the way home Sara witnesses her bloodied tormentors being kidnapped in the back of the stranger’s van. Sara must decide whether to cooperate with the police and parents’ questioning about the kidnappings, or take her own, unbridled path–while also discovering the power of desire and belonging, and the distinction between revenge and redemption.”

You can see our review of PIGGY here. 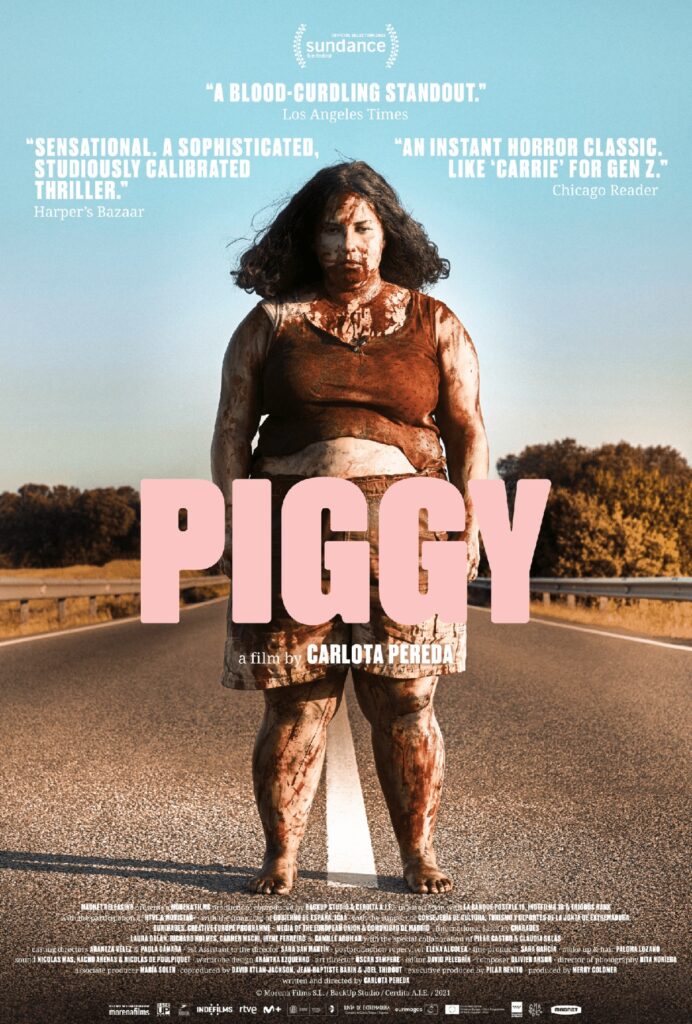