Since it won the Palme d’Or at the Cannes Film Festival in July, TITANE has kept on racking up the accolades, and landed on numerous end-of-year best lists (including ours). It’s a triumph for writer/director Julia Ducournau, who spoke with RUE MORGUE about its creation and themes.

Ducournau first erupted onto the screen scene in 2016 with RAW, about Justine (Garance Marillier), a young vegetarian attending veterinary school with her sister Alexia (Ella Rumpf) who discovers her inner cannibal. Marillier returns as a different Justine in TITANE, which stars Agathe Rousselle in a striking feature-film debut as a very different Alexia. This one survived a childhood car crash that left her with a titanium plate in her head, an erotic fixation on automobiles and a penchant for murder. In the wake of several killings, she changes her appearance and claims to be the long-vanished son of fire chief Vincent (Vincent Lindon)–who wholeheartedly accepts her claims in the face of evidence to the contrary. TITANE is a graphic, uncompromising study of obsession and the lengths people will go to deal with trauma, and further confirms Ducournau as a singular talent on the international genre scene.

In RAW, you told the story of a woman discovering the darker side of herself, while in TITANE, Alexia has clearly already been on that journey. Was that an intentional shift in emphasis?

Yeah, absolutely. I think Alexia is in fact discovering the lighter side of herself, for that matter. In RAW, I had built Justine and Alexia’s arcs as an X, so you have an ascending arc for Justine and a crashing arc for Alexia, and at the end Alexia ends up imprisoned by her own impulses and her animalistic side. I wanted to somehow take [TITANE’s] Alexia out of her cell and try to work from that darkness, from that lack of humanity, and see where it takes her, in order to somehow give her a form of redemption, just a little bit. That’s why I like the characters having the same names; I tend to see them as mutated forms of the same people, even though it’s not the same story and not exactly the same characters. There’s the feeling that TITANE’s arc is the opposite of the one in RAW. 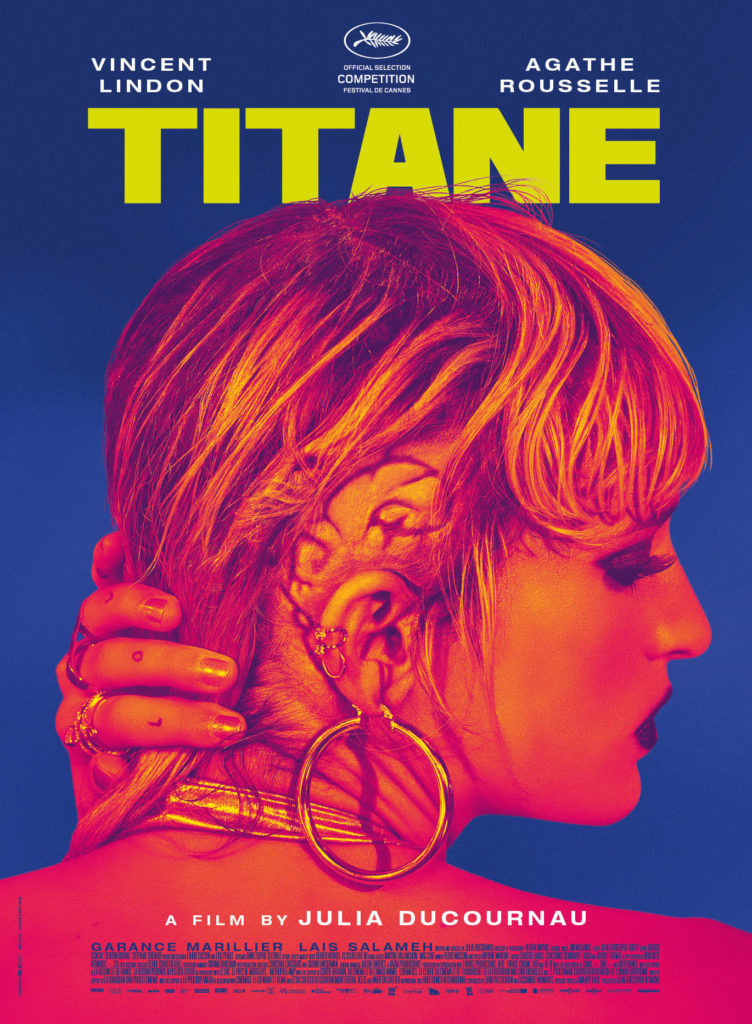 Is car culture something you’ve always had a fascination with, or was it just the right subject to tell this story?

No, it was just for the story, really. I don’t have a fascination with cars, but I did want to explore, in a way, what they stand for, and the representations that are linked to them–mainly that cars are seen as elements of masculine power, in films and commercials and things like that. I saw this as a way to reclaim power over that narrative and get rid of this representation that has been linked to the masculine side, and to somehow incorporate it into Alexia’s journey.

Agathe Rousselle gives an amazing performance in this, her first feature-film role. What led you to cast her?

From the start, I knew I needed to work with a non-professional actor, because I did not want the audience to be able to project anything other than Alexia’s journey onto that face, you know? I didn’t want people to think about other films in which that actor or actress appeared, or the gender of their previous characters. Coming from that desire, I knew I had to find someone with an androgynous face, and my casting director started looking through profiles of androgynous models on Instagram. That’s how we came to meet Agathe.

And after that, when you’re working with a non-professional actor, what you’re looking for is potential. You’re not looking for this outstanding craft while you’re casting, because that’s something that comes with a lot of work, which we did for a year after we cast Agathe. I was also looking for someone who I felt had a shapeshifting kind of appearance. Agathe has amazing angles, and that very androgynous look meant that depending on the camera angles or the light, she could truly transform. Just through using the tools of cinema, I could have her look like someone else in the next scene. That’s what I found incredibly interesting about Agathe, and then, as I said, it was a year of preparing together.

She’s clearly fearless as an actress, but were there any scenes that were especially difficult for her?

Physically speaking, the mosh pit was draining; I’m pretty sure that was one of the hardest for her, just because it was really tiring, jumping around with this raw energy. Otherwise, it was like everything I do: The hardest scenes–for example, the scenes with nudity–were always shot in an atmosphere of safety. Basically, I’m always very transparent about what I’m going to shoot, and the crew is generally way smaller for those scenes. I have many women on my set, so that helps a lot as well. The important thing is that the actor or actress feels incredibly safe in that environment.

Watching the film, my sympathies were more allied with Vincent than with Alexia, your main protagonist. Was that intentional, or were traditional notions of sympathy not even important here?

Well, obviously, the bearer of the identification is Vincent, because we can relate to his journey and his inability to properly grieve for his lost child. So as mad as his fantasy is, it comes from a place we can all identify with. He’s also the bearer of emotions throughout the film; she almost never expresses them. So you’re right, that is on purpose, and as far as Alexia is concerned, I really questioned myself, wondering, is there only one way to relate to a main character? I personally don’t think so. I believe that basically, if you can’t relate to the person, morally speaking, if you don’t like them, which is the case with Alexia for the first 30 minutes of the film, at least–it’s very hard to relate to her, because again, she doesn’t express any emotions whatsoever, and she’s not in touch with her humanity, so she’s not in touch with ours. However, I believe that through her body, I managed to make you feel what she feels. And if you feel what she feels, through my mise en scène and the way I direct her body and what she’s going through with it, it creates what I call “body empathy,” where you can feel for her physical integrity without condoning anything she actually does, which for me is another way to relate to a character.

The makeup effects are outstanding; who created those for you?

It was Olivier Afonso with Atelier 69, who I’ve been working with for a while now; this is my fourth film with him. We started with my short JUNIOR, and we have a great collaboration. They’re really the best in France, and considering that I love working with prosthetics, and they are my main tool as far as effects are concerned, it’s great that we’ve had such a long-lasting collaboration. He knows my universe very well. For the visual effects, I worked with Mac Guff and Martial Vallanchon, who also did an amazing job, especially on the last scene. I’m very grateful to them.

You mentioned your universe; are we going to see different variations on Alexia and Justine in your next film?