This Summer, Sit Yourself Down In Artist Clarence Adams’ “Horror Throne Chairs”

Artist CLARENCE ADAMS of Bishopville, South Carolina served 10 years in the United States Army for two tours (one in Iraq and one in Afghanistan) when he was injured in the leg by an IED. Upon returning home, he took on many different jobs, one of which consisted of doing personal security detail for well-known celebrities in high-risk areas. After several incidents where gunfire was involved, Adams’ wife convinced him to embrace his artistic side and start a business selling his art and he began creating and hand painting custom cornhole boards.

While Adams slowly built up a client base, he took on the role of the iconic Michael Myer’s character at a haunted house called “Kreepy Hollow” located in Bishopville. While there, he thought up the idea of an ingenious throne chair, one that would include lights, cupholders (knife holders too) and played music from built-in speakers. The blueprint created, all Adams had to do was to bring this horror creation to life. 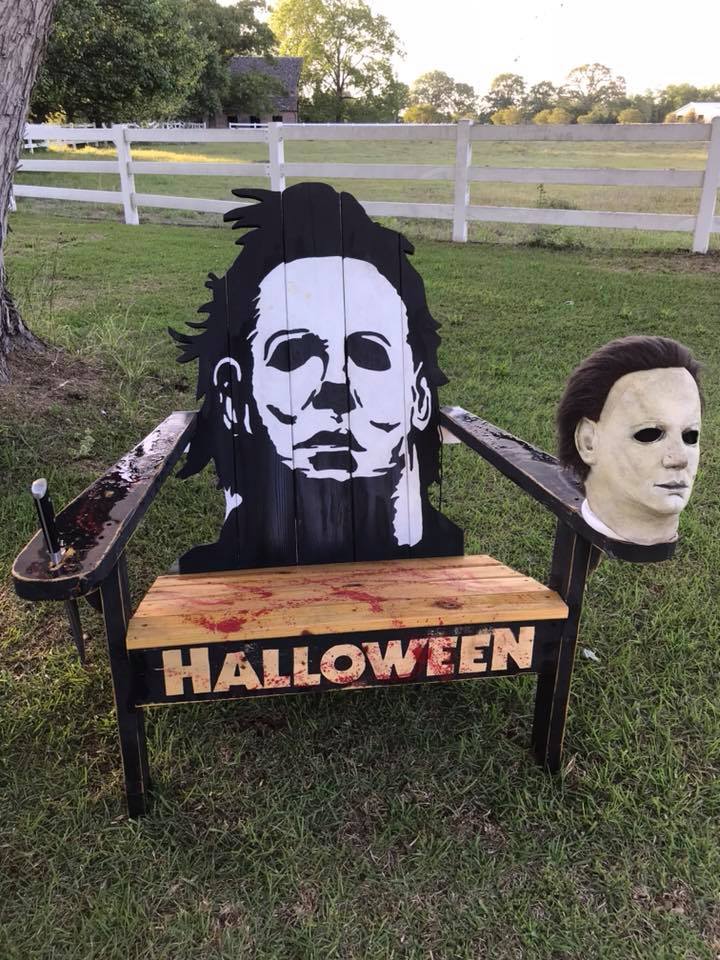 The result was this throne chair, which resulted in Adams getting requests to make more. So far Adams’ horror chair line includes a MICHAEL MYERS HALLOWEEN THRONE CHAIR complete with bloody knife holder in the armrest, Michael’s image as a backrest, blood-splattered paint job and of course the word “Halloween” showcased front and center. The FREDDY KRUEGER THRONE CHAIR features an image of the crazed killer himself on the backrest with red and black sweater colour scheme winding its way down the armrests. The Elm Street painted street-sign and unmistakable furnace finish off this horror fan’s dream collectible. 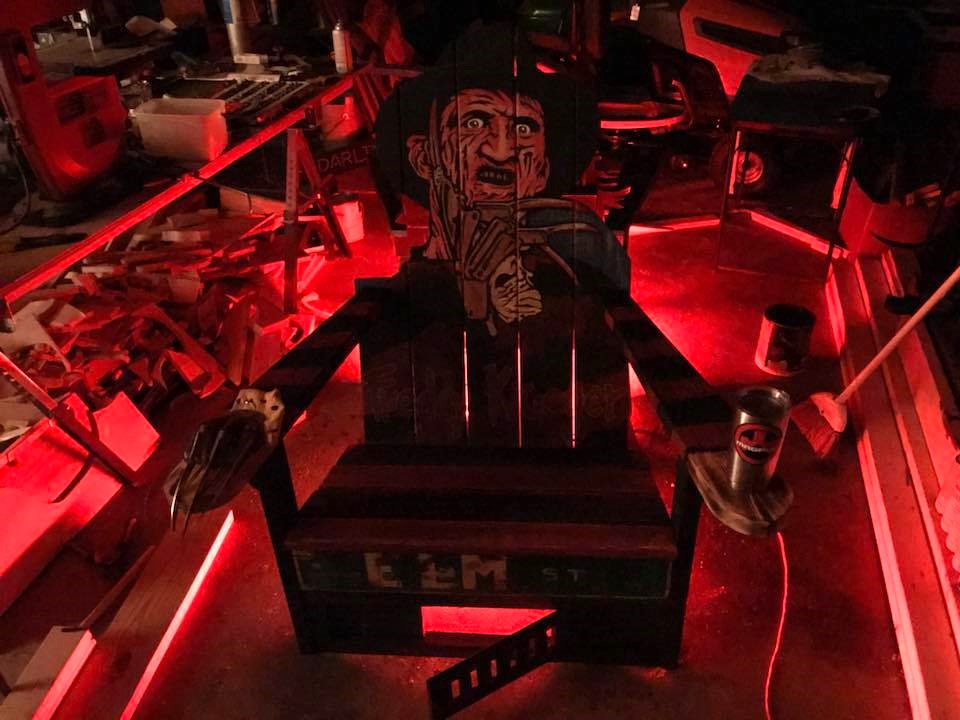 Clearly, Adams has an undeniable knack for creating some truly unique chairs that any fan would be glad the relax on. The artist has confirmed that the next icon he will be taking on is none other than the masked maniac from Crystal Lake, Jason Voorhees. To find out more about Adams and his wonder horror creations (which aren’t just limited to throne chairs) please contact him at his business Facebook account (A&C Creations an Adams Design), as far as pricing goes the breakdown is as follows: 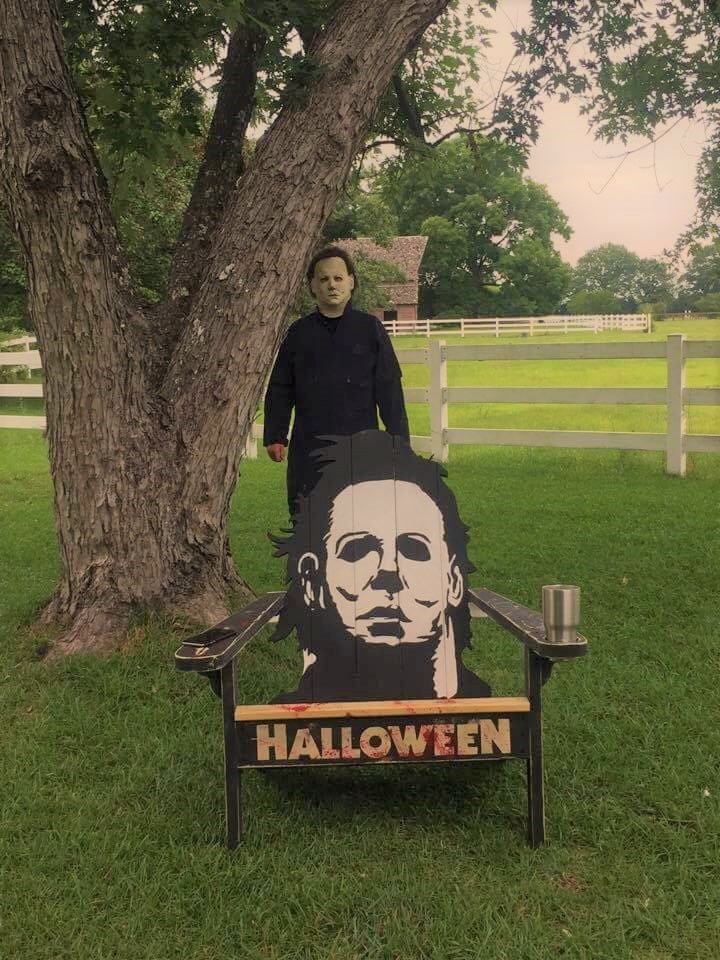