The Truth is in Here: Filing Cabinets and Missing Evidence in “The X-Files”

Every X-Files fan, I’m sure, has at some point wished they could sneak a peek into the filing cabinets that line Special Agent Fox Mulder’s (David Duchovny) basement office at the Federal Bureau of Investigation. Aside from providing the show a simple frame device, its “Monster of the Week” format, files and the archival in The X-Files are, in a way, its central theme too – is the government keeping secrets? Joined by his partner, Special Agent Dana Scully (Gillian Anderson), their quest to uncover the “truth” behind all the strange goings-on they witness – the paranormal, government cover-ups, military conspiracies and supernatural creatures – begins and ends with the legitimacy of casefiles. Despite the famous slogan from the show that the “truth is out there”, in the long run both characters are hoping to pin down the truth in here, in the official records, so that it cannot be denied.

Since the early twentieth-century, the filing cabinet has become part of the background scenery of the office space. They’re so common people don’t tend to notice them. They’re just there. And, of course, they are everywhere in television and cinema too. You can find them in all kinds of scenes involving newspapers, doctors, attorneys, private investigators, corporate offices, police precincts or government agencies. In every case, the factory-made precision of these totems of office life all spell one thing – bureaucracy. Society is run, they appear to say, by those who control the flow of information. Whatever else is contained in their metal or wood drawers, the files they house are, at the end of the day, about people. Naturally enough, people get nervous about what those in power are doing with all this information. 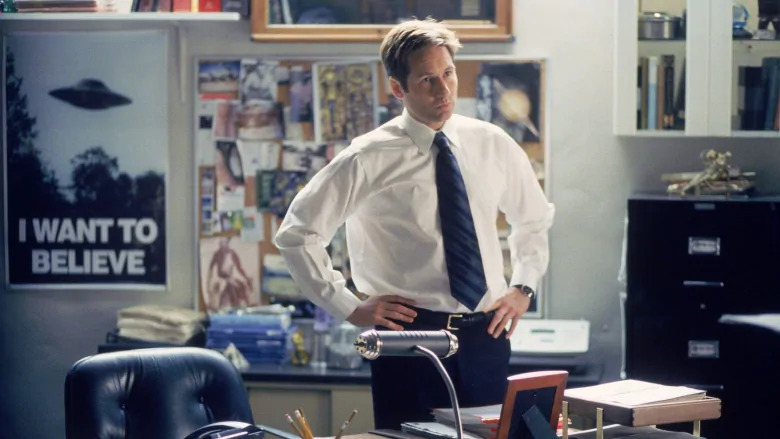 In The X-Files, however, Mulder uses his files to tell stories that are usually forgotten, ignored or laughed at. Despite working for the United States government, Mulder is something of a renegade, constantly looking for sources of information outside official channels, even if it’s lifted from tabloids. As the pilot episode shows, Mulder’s dingy little basement office is kept out of view, the bureau’s embarrassing little secret. But the episode closes with a scene in a much larger archival space – a secure vault at the Pentagon lined with row upon row of storage shelves and evidence boxes. In the storeroom is the Cigarette Smoking Man (William B. Davis), a shadowy government figure who seems to walk the corridors of power with absolute anonymity and impunity. Here, we see him casually filing away yet another alien implant, away from the prying eyes of the public. The show is, in a sense, a battle between these two archival spaces, Mulder’s makeshift office and the vastness of the nation’s military and intelligence agencies.

The trope of forbidden knowledge goes way back to gothic novels. In The X-Files, sinister syndicates and cabals of powerful people monopolise this knowledge for their own ends. The ability of these people to frustrate Mulder and Scully’s crusade for truth lies with their controlling, hiding, destroying and seizing evidence. They decide what gets filed and what goes “missing”. The logic of filing, like the logic of science, breaks reality down to what can be observed, photographed, fitted into reports, classified, measured and stored. The power of those to decide whether a case is open or closed or whether information is classified or declassified get to shape “official” reality. Such is the lure of the archival in the series that merchandise based on the show often mimics FBI casefiles, full of documents stamped “confidential”, lab reports, newspaper clippings, manila envelopes, etc. 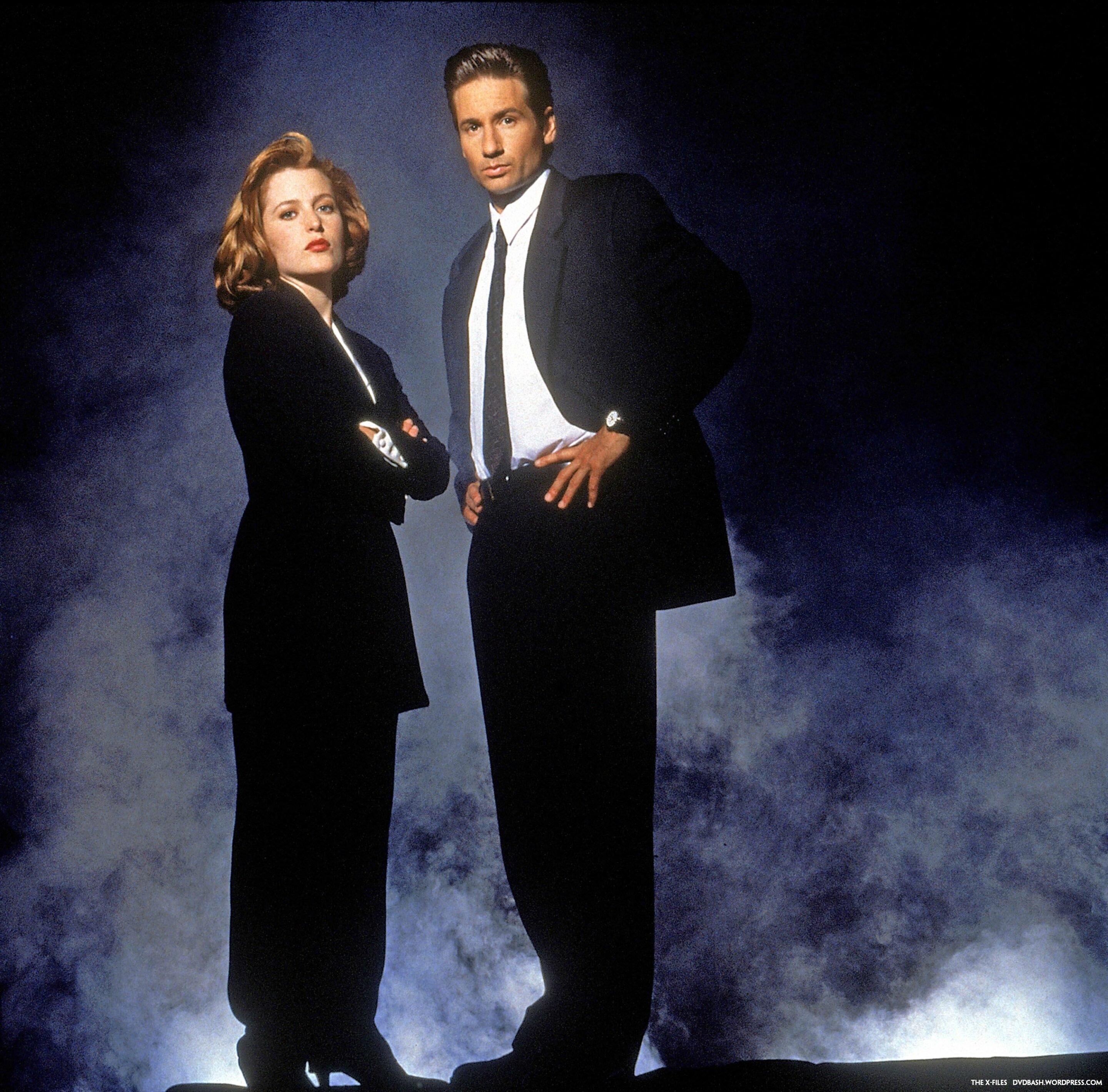 In the wake of US political scandals like Watergate, the public’s distrust of their government fuelled the 90’s atmosphere of conspiracy culture and hidden agendas. In a nod to Watergate the show even has its own Deep Throat (Jerry Hardin). The X-Files taps into this anxiety but it also lets viewers come along for the ride. We get to listen in as informers share valuable intel or we follow Mulder and Scully as they break into yet another secret lab or government facility. By going along with these characters past the “Restricted Access” signs, we imagine we too are resisting corrupt institutions. We get a glimpse at what gets left out of the official reports. But The X-Files warns that these gaps in the files can be dangerous. People can “fill in the blanks” depending on their own beliefs. Conspiracy exists, yet both Mulder and Scully have their beliefs challenged over the course of eleven seasons. The truth turns out to be way more complicated than just a conspiracy narrative. The X-Files takes on the very notion of government and whether or not it continues to serve the public. Frequently, the biggest obstacle Mulder and Scully come up against is their own agency. Higher-ups block their requests for help, deny them resources and prevent them from going public. Private interests always seem to win over the “public good”. With so much happening behind closed doors, how can the citizens of a country participate in democracy?

The Watergate scandal’s importance to The X-Files is made obvious in “Little Green Men”, the first episode of Season Two. After the closure of the X-Files during the Season One climax, Mulder and Scully meet in the parking lot of the Watergate Hotel. A long-standing subplot of the series is the disappearance of Mulder’s sister, Samantha (Vanessa Morley), during their childhood. This event leads to Mulder’s obsession with alien abductions and extra-terrestrials. In a flashback it is revealed that Mulder was watching the Watergate scandal unfold on the television news right before his sister goes missing. The news report raises the missing eighteen and a half minutes of audio tape from then President Richard Nixon’s secret Oval Office recordings. The missing minutes are like a reminder of the frequently reported lost time of alien abduction stories and the repressed memories of those involved. Ultimately, the erasure of the archive in The X-Files points to an erasure in both the personal and collective memory of the United States itself. When we allow others to choose what we remember, we become alien to ourselves.