THE BLOODHOUND, the feature debut from writer/director Patrick Picard, is a tough nut to crack. With an atmosphere that is both impressive and oppressive and a duo of inscrutable characters, it is a film that never lets you get too close.

Francis (Liam Aiken) is invited by old friend Jean Paul (Joe Adler), JP for short, to come live at his large, secluded house. JP’s father has died and his sister has become a shut-in, so it is nearly like living alone and he misses his friend. Though the men have not seen each other for ten years, and are both still quite young, there is an uneasy warmth between them. JP has far more money than he knows what to do with. He keeps stacks of cash stashed around the house and indulges himself in private concerts to keep himself amused. Francis is a little light on money and is initially happy to join JP rent-free, though he grows more cautious of the arrangement with each passing night. And nights are when THE BLOODHOUND gets interesting.

This is not to say there is a thrilling plot or a mystery that deepens throughout the film. Rather, both Francis and JP have nightmares that wake them and cause them to question what is happening in the house. JP’s sister Vivian (Annalise Basso) only emerges briefly at night, and only goes to talk to Francis. A humanoid shape that crawls forth from the nearby river, with its face covered by a burlap sack, also only moves at night. It moves between the river, Francis’s closet, and back again. Yes, you read that right.

“…nights are when THE BLOODHOUND gets interesting.”

While there is direction and inertia in the development of events in THE BLOODHOUND, it is far more about watching old friends try to force a reunion than it is anything to be logically sorted out. To merely exist in this world is unsettling enough without adding on top some useless mental gymnastics to make sense of it all. This is the type of film that would be incredibly frustrating for a viewer who needs everything to make sense or have a tidy explanation. It is not one of those films.

But for those who like to sink into a world with strange characters and exquisite art design, they are in luck. Both JP and Francis are incredibly hard to read. JP is a little unhinged and eccentric, and enjoys making Francis uncomfortable. Francis seems to want to both exploit JP and take pity on him all at once, all while reliving childhood memories. Aiken and Adler handle these complexities with convincing grace and make these characters intriguing rather than alienating. 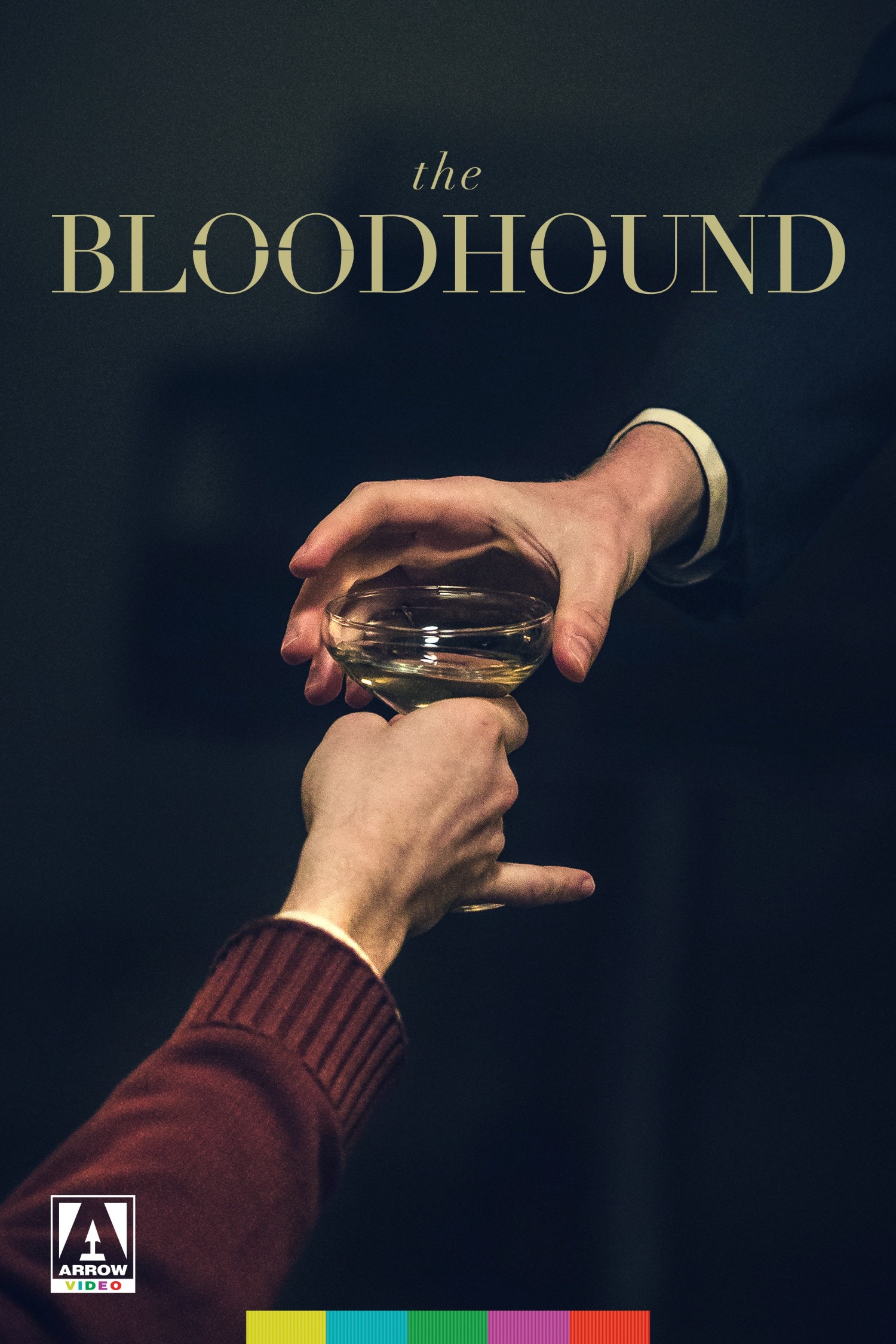 The house itself nearly feels like a character, as clichéd as that sounds. It is unbreathing and dark, yet filled with windows and open floor plans. It looks like it was designed and decorated in mid-century modern style, but without any hints of joy or hope for the future. By all accounts it should be filled with warmth and luxury, but these elements never come together. Intentionally so, and it’s brilliantly executed. That much gloom is no accident.

Categorizing THE BLOODHOUND as a horror film is slightly misleading, however, it does not sit neatly in any one genre. It is cunningly confusing and deceptively simple. A strong debut from Picard that makes one wonder what he might have for us next.

THE BLOODHOUND is now streaming on ARROW.