One of the first horror features shot during quarantine is now available for viewing.

The creators of THE DARK OFFERINGS, which we last reported on here, have announced that the movie just made its debut on Amazon Prime. Directed by Marcus Slabine from a script he wrote with Elizabeth Piper S., who also stars and created the makeup effects, the film additionally features David Howard Thornton (TERRIFIER), Felissa Rose (SLEEPAWAY CAMP), Terry Alexander (DAY OF THE DEAD), Clifton Dunn, Tina Nikolova, Benjamin Frankenberg, Paul Sheehan, Lydia Kalmen, Jason Leavy, Michael Leavy, Eileen Dietz (THE EXORCIST), Tamara Glynn (HALLOWEEN 5), Spencer Charnas, Zach Selwyn and Shawn C. Phillips. The synopsis: “Sophia Hapgood is thrust into a horrifying world after her brother James brings her into a fatal situation. He passes a demon to her that she must spread to others within six days or else they both die. Sophia must make a choice to save her brother or find a way to end the curse.” 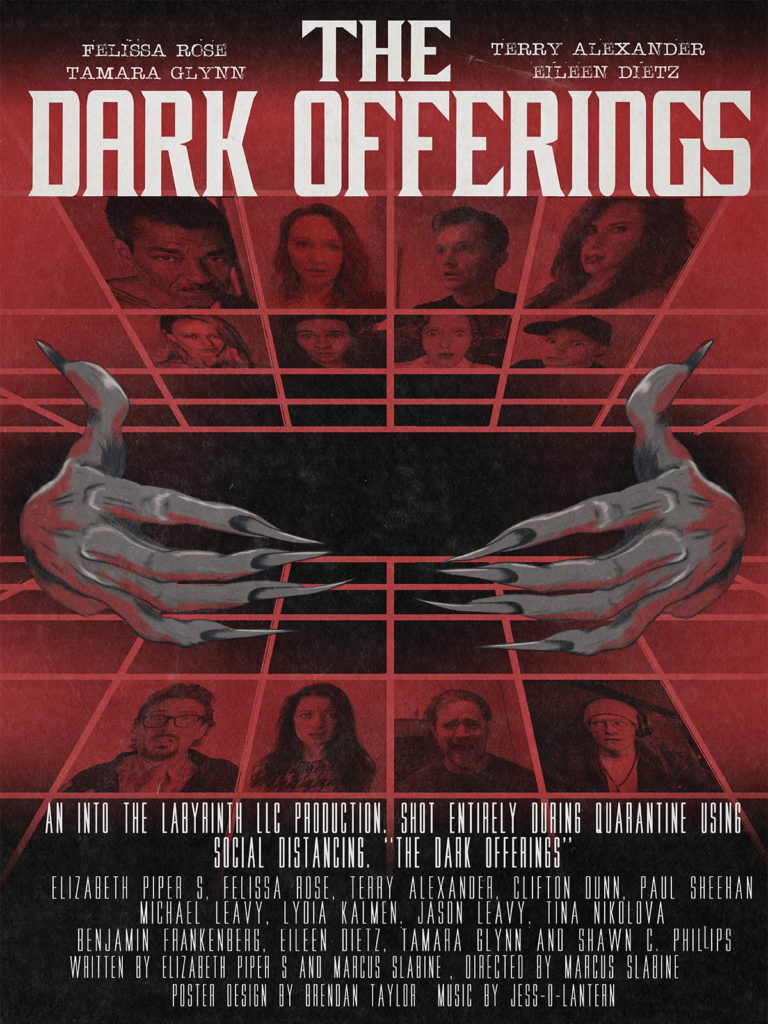