You’ll be able to see it too in a matter of weeks.

WHAT JOSIAH SAW, which world-premiered at last year’s Fantasia International Film Festival, will be available to stream exclusively on Shudder’s U.S., Canada, UK/Ireland and Australia/New Zealand platforms beginning August 4. Directed by Vincent Grashaw and scripted by Robert Alan Dilts, it stars genre regular Robert Patrick, Nick Stahl, Scott Haze and Kelli Garner. According to the official synopsis, “In WHAT JOSIAH SAW, after two decades, a damaged family reunites at their remote farmhouse, where they confront long-buried secrets and sins of the past.” You can read our review of the movie here. 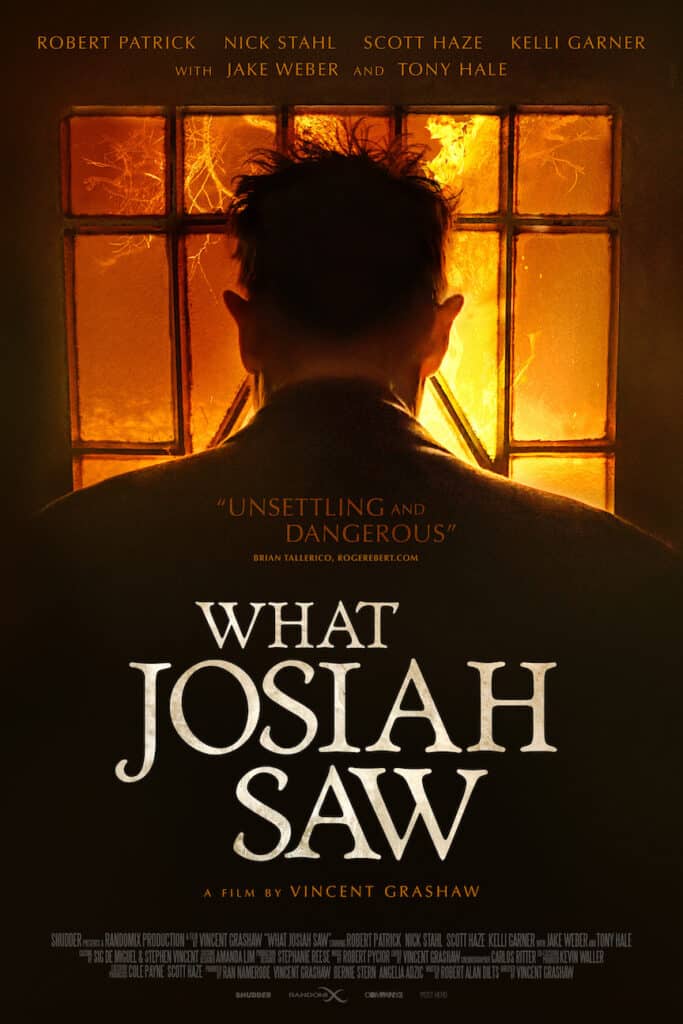