A pair of much-anticipated international fright films are part of the spring/summer lineup on the Shudder streaming service. Read on for the full info.

Shudder will premiere Dennison Ramalho’s THE NIGHTSHIFTER (pictured, and reviewed here) and Chris Sun’s BOAR as part of its April-June lineup. The details:

THE NIGHTSHIFTER (available May 23 in the U.S., Canada and the UK)
Director: Dennison Ramalho; cast: Daniel de Oliveira, Fabiula Nascimento, Bianca Comparato, Marco Ricca
In Dennison Ramalho’s scary, starkly original horror, Stênio works the graveyard shift at the morgue of a vast, violent city. He toils all night, but he’s never alone, for Stênio can talk to the dead. And they talk back. But when the whispers of the dead reveal secrets of his own life, Stênio unleashes a curse that brings forth danger and darkness.

BOAR (available June 6 in the U.S., Canada and the UK)
Director: Chris Sun; cast: Nathan Jones, Bill Moseley, Hugh Sheridan
Out for blood, this lean mean creature feature finds a boar of monstrous size roaming the outskirts of an Outback town, massacring several backpackers and locals. Bernie and his visiting relatives, the Monroes, swiftly come face to face with the feral beast—and uncover that some monsters are better left in stories.

Other titles making exclusive debuts on the service include Craig William Macneil’s LIZZIE starring Chloë Sevigny and Kristen Stewart (available April 11 for the U.S. and Canada), Chris von Hoffman’s MONSTER PARTY (reviewed here, and available April 25 in the U.S. and Canada) and Jenn Wexler’s THE RANGER (reviewed here, available May 9 in the U.S., Canada and the UK). You can see more details of Shudder’s offerings and sign up for the service here. 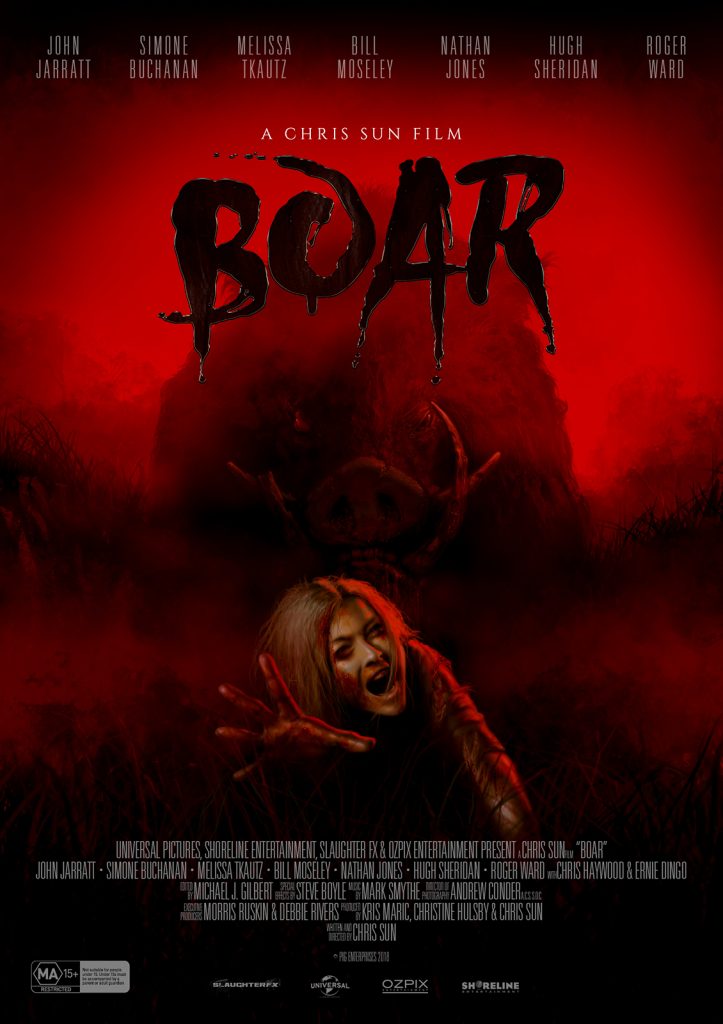