See some evil via the new trailer for the acclaimed, disturbing “SPEAK NO EVIL”

The film that has won raves (including ours) at festivals sees release next month.

SPEAK NO EVIL opens theatrically in New York and Los Angeles September 9 from IFC Midnight, then streams exclusively on Shudder beginning September 15. Directed by Christian Tafdrup from a script he wrote with his brother Mads Tafdrup, it stars Morten Burian, Sidsel Siem Koch, Fedja Van Huêt, Karina Smulders, Liva Forsberg, Marius Damslev. The synopsis: “On a vacation in Tuscany, two families–one Danish, one Dutch–meet and become fast friends. Months later, the free-spirited Dutch family extends an invitation to the more conservative Danish one for a holiday weekend getaway at their countryside home. However, it doesn’t take long before things gradually get out of hand as the joy of reunion is replaced with misunderstandings. The Dutch hospitality quickly turns unnerving for the Danes, and they find themselves increasingly caught in a web of their own politeness in the face of eccentric…or is it sinister…behavior.” 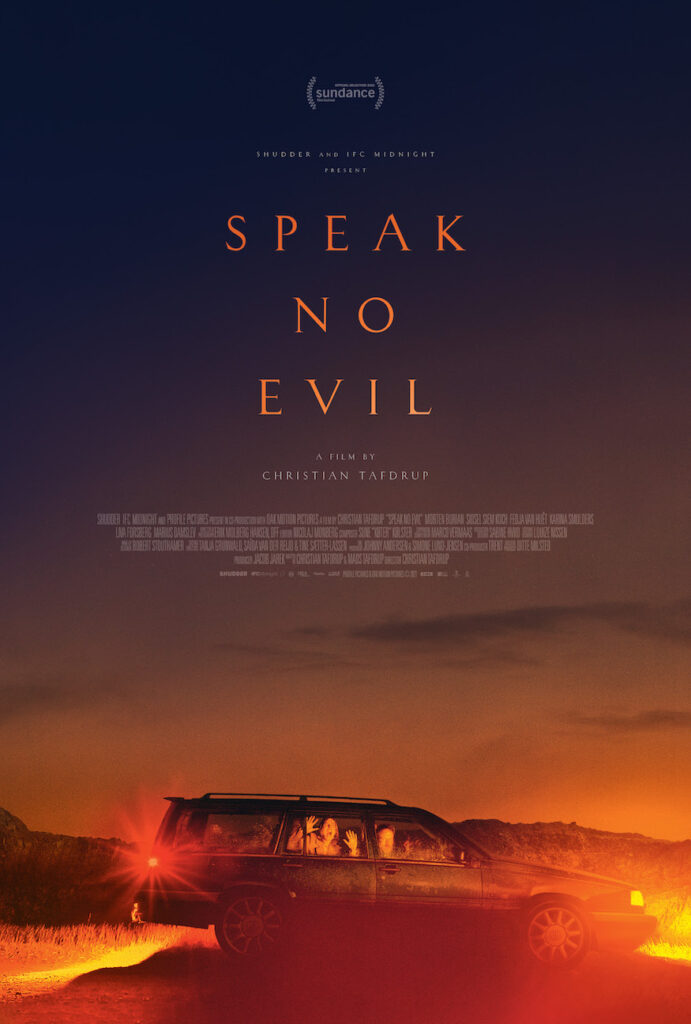