In a move sure to delight both fans of Euro-horror and arthouse cinema, distributor Altered Innocence has brought Spanish filmmaker Iván Zulueta’s 1979 cult classic ARREBATO (RAPTURE) back to life for a new generation in a stunning 4K restoration. Fresh from a limited theatrical run last fall, the newly revived film is finally available on Blu-ray, DVD, and VOD. Hailed by legendary director Pedro Almodóvar (Women on the Verge of a Nervous Breakdown, Tie Me Up! Tie Me Down!) as his favorite horror movie, ARREBATO more than lives up to its reputation as a mind-bending gem of avant-garde film. 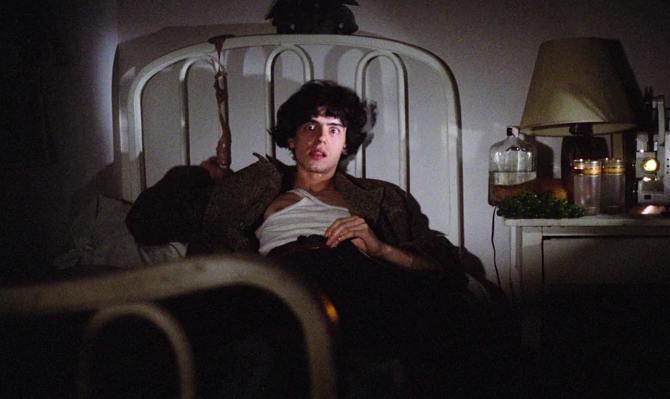 José soon discovers the parcel is from Pedro (Will More), a socially-stunted manchild cousin of his friend Marta (Marta Fernández Muro) whom he met while scouting locations for his next film. Pedro is obsessed with documenting his world with his Super-8 camera, constantly searching for moments of pure euphoria and ecstasy through both images and the act of filming. Pedro and José quickly form an ambiguously sexual bond through drugs, film, and nostalgia. Later, José sends Pedro a crystal sync motor for his movie camera which allows the eccentric documentarian to capture what he believes to be the hidden rhythms of life through time-lapse photography.

Armed with his camera, Pedro strikes out on his own on a hedonistic quest to experience moments of pure rapture through images. When Pedro inadvertently films himself sleeping, he discovers a bizarre series of ten red frames in his footage. Obsessed with discovering what the red frames mean, he begins to suffer symptoms similar to drug withdrawal that can only be alleviated by turning the camera on himself during his slumber. Still, the red frames appear, taking up more and more running time. Believing his time is short, Pedro sends José his film and an audio cassette documenting his days since they last met.  Obsessed with the footage, José leaves Ana after a drug-fueled fight to find his friend. However, he’s totally unprepared for what awaits him when enters Pedro’s apartment. 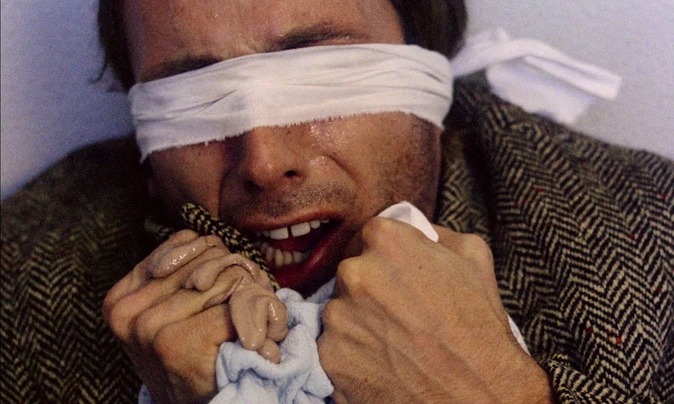 ARREBATO is a brilliantly-executed film in nearly every way. Zulueta, who was himself a heroin user at the time of filming, draws some nerve-shattering parallels between addiction and the creation of art. Simply, in Zulueta’s eyes, cinema—the act of both watching and creating moving images—is a drug with all the euphoric, enervating, and soothing aspects of any narcotic or stimulant. Yet, like cocaine or heroin, the pleasant side effects of cinema also come with costs and  consequences for both the user and those around them. In this realization, the slow-burn horrors of ARREBATO become all the more terrifying. Ultimately, Zulueta makes the viewer complicit in the disturbing images he has created. Upending media theorist Marshall McLuhan’s assertion that film is a “hot medium” demanding little of the viewer aside from the engagement of their vision, ARREBATO demands (and commands) the audience’s attention in a cinematic experience that is both intellectual and acutely visceral. Stylistically, fans of David Lynch’s work will appreciate Zulueta’s hallucinatory visuals and impressionistic approach to editing and pacing.

One of the most compelling elements of the film is Zulueta’s subversion of genre tropes. ARREBATO opens with José editing his latest horror film; some of the first images we see are of a stereotypically pale, black-clad vampire woman (Rosa Crespo, credited as “Vampira”) exiting a coffin. Although José is satisfied with his chosen take, his editor (Max Medera) argues that it’s not acceptable because the actress is gazing directly into the camera. Ultimately, these initial images, deceptively deliberate genre clichés, are the film’s thematic core. In ARREBATO, the watched and the watcher are continually entwined in a mutually vampiric danse macabre. 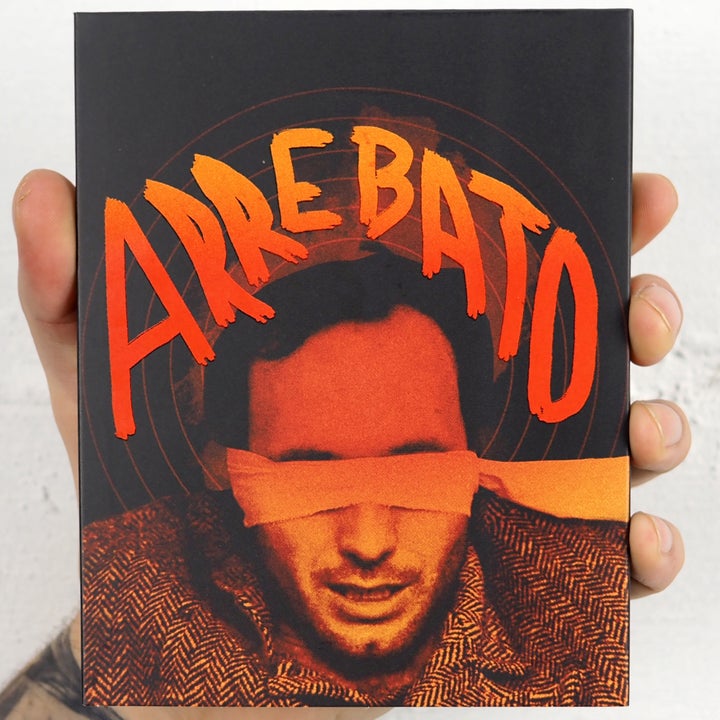 Visually, Altered Innocence’s 4K restoration is a triumph. The colors are desaturated without being washed out. Shadows are dark with accurately reproduced blacks. Although ABBERATO is often a visually dark film, the frame is never overwhelmed by shadows, and, unlike many more recent genre pictures, all the action is clearly visible. Devoid of digital artifacting, the film also retains much of its original grain (this kind of movie shouldn’t look too clean) giving the viewer a nearly flawless approximation of watching a pristine 35mm print.

An underappreciated cult classic, ARREBATO is a brilliant collision of arthouse and grind house sensibilities. Cerebral and visceral, subtle and shocking, ARREBATO is a genre experience like no other. The film is available as a limited slipcover edition Blu-ray of 1,500 units exclusively from Vinegar Syndrome, with a standard edition Blu-ray and DVD scheduled for a January 25th release.

The ARREBATO 4K restoration from Altered Innocence is is available now on Blu-ray and VOD.