Having its world premiere screening today at Panic Fest ‘21 is Clayton Scott’s directorial debut BELOW THE FOLD, an investigative thriller detailing the missing person cold case of Susie Potter, a young girl who mysteriously vanished from her small town of Skidmore, Missouri ten years ago. After being given the assignment of writing a tenth-anniversary story on Susie’s disappearance, ‘Maryville Daily Forum’ reporting team Lisa and David (Sarah McGuire and Davis DeRock) will uncover that there may in fact be a link between the Potter case and the murder of another teen girl in the next town over.

BELOW THE FOLD follows the trail of their investigation as they track down old friends, teachers, and even a youth minister from Susie’s past. Tiptoeing in the footsteps of other ‘Midwestern Gothic’ murder mysteries such as True Detective or Gillian Flynn’s Sharp Objects, BELOW THE FOLD capitalizes on its scenery of decrepit rural America and poses a genuinely compelling mystery that is as disturbing as it is intriguing. 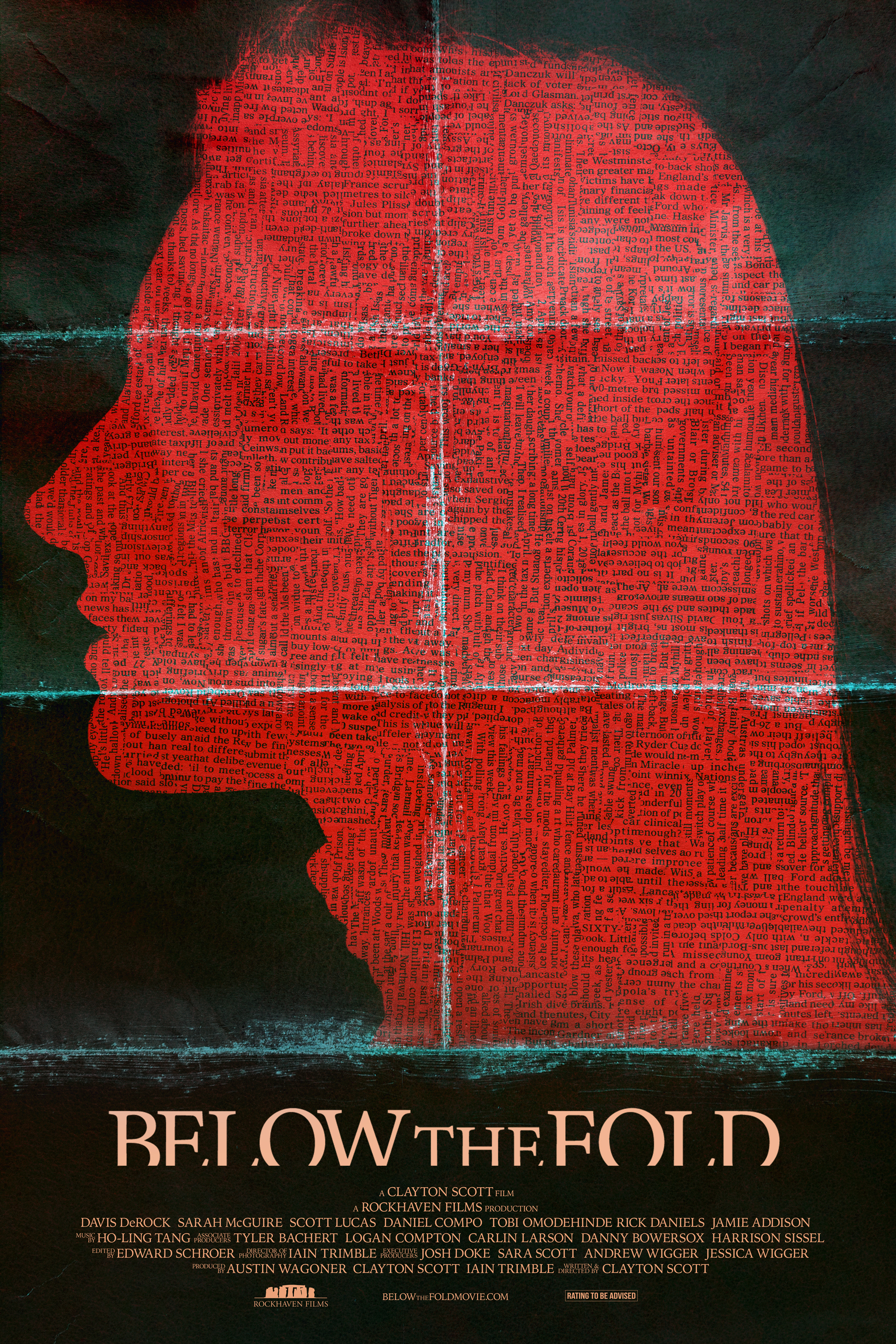 Despite its occasionally stilted dialogue, BELOW THE FOLD benefits immensely from its performances, especially the emotional depth brought by the two leads Sarah McGuire and David DeRock, whose palpable investment in the story alone is reason enough to watch. McGuire in particular is a standout as Lisa, a reporter who is more than willing to bend the rules if it brings her closer to the truth. Her on-screen chemistry with DeRock is engaging as well, and the nature of their characters’ involvement held my curiosity just as well as the actual mystery at hand. Also notable is BELOW THE FOLD’s exquisite camerawork, which adds as much if not more momentum to the film as the plot’s twists and turns.

The only major turn-off in BELOW THE FOLD would be its troublingly unsatisfying ending. While we horror fans are more than a little familiar with unresolved endings, in the case of BELOW THE FOLD’s choice in subject matter of child sexual abuse, the film’s conclusion was a bitter pill to swallow. However, it is clear that Lisa and David feel the same way, as both are unable to let the case go even after a close call with defeat in a suspect’s home. Overall, BELOW THE FOLD’s greatest success is what the film is able to achieve in terms of mood and tone, a perfect storm of setting, performances, and camerawork.

Debuting to the world today, BELOW THE FOLD is certainly one of Panic Fest’s must-sees. Clayton Scott is undoubtedly an emergent talent, and we at Rue Morgue can’t wait to see what he does next. An enigmatic investigative thriller, that BELOW THE FOLD holds its own in what has lately become an oversaturated subgenre is an extremely pleasant surprise.