It’s not a red-band…but it should be.

CHUCK STEEL: NIGHT OF THE TRAMPIRES is an over-the-top stop-motion action/horror homage/parody that assaults pretty much every notion of good taste–and is hilarious doing it. Opening in UK theaters exclusively October 29, it was written and directed by Mike Mort and features the voices of Mort, Jennifer Saunders, Paul Whitehouse and others. The synopsis: “It’s not 1985 anymore…it’s 1986, and Chuck Steel is ‘the best God damn cop on the force.’ But even this maverick, renegade, loose-cannon, lone wolf, cop on the edge, who doesn’t play by the rules, has his work cut out when he discovers an evil is about to descend on the city of Los Angeles: the scourge of the TRAMPIRES–mutant hybrids of vampire and tramp!”

The movie has its UK premiere tomorrow night, October 21 in London’s Leicester Square, as well as “Insider Members” previews this Sunday, October 24 at Showcase venues in multiple cities. For more info, head over to the official website, and see our review of NIGHT OF THE TRAMPIRES here. 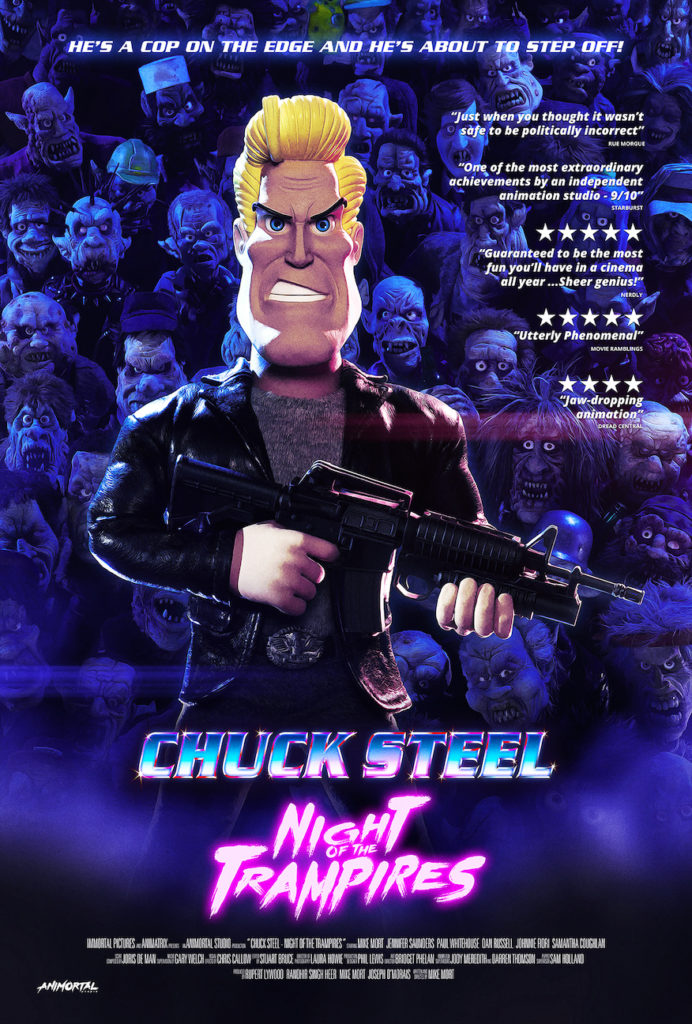