MOVIE REVIEW: THE SOSKA SISTERS’ “ON THE EDGE” STRANGLES ITS SADISTIC PREMISE

ON THE EDGE begins with a disinterested family man, Peter (Aramis Sartorio), going to a hotel for a 36-hour sexplay session with Mistress Satana (Jen Soska). Although this premise is intriguing, it’s quickly squandered by how inaccurately it depicts a Dom character. Safe words and pleasure seemingly don’t exist here, and the amount of pain given to Peter verges into sexually unsatisfying torture: If that was the surprise waiting for Peter, ok! But if they wanted a film more like Audition, the punishments shown aren’t brutal or raw enough. For filmmakers who made a film like American Mary, we know they can amp up bloodshed and body horror. But this isn’t what the film wants to do: Instead, it wants us to wonder why Peter is being punished for “sins.”

What starts as seemingly an entrapment plot by a scorned Dom devolves into a character study about a man reckoning with his painful and secretive past. Based on how the film splices together low-hanging fruit imagery like flashes of teddy bears and broken lollipops, you’ll likely assume Peter molested a child. Again, we’re only seeing this side of Peter in vague glimpses, so the truth becomes concealed until the final act when we learn we’re wrong. But it gets even more unsettling: For half of the runtime, we’re told he’s trash – even when Peter isn’t in the same room. It’d make sense if in his head (as the film heavily implies) he feels like he’s trash so he’s imagining these conversations around him. But that isn’t the case, which makes the film itself indict him. Why is that an issue? Just wait! 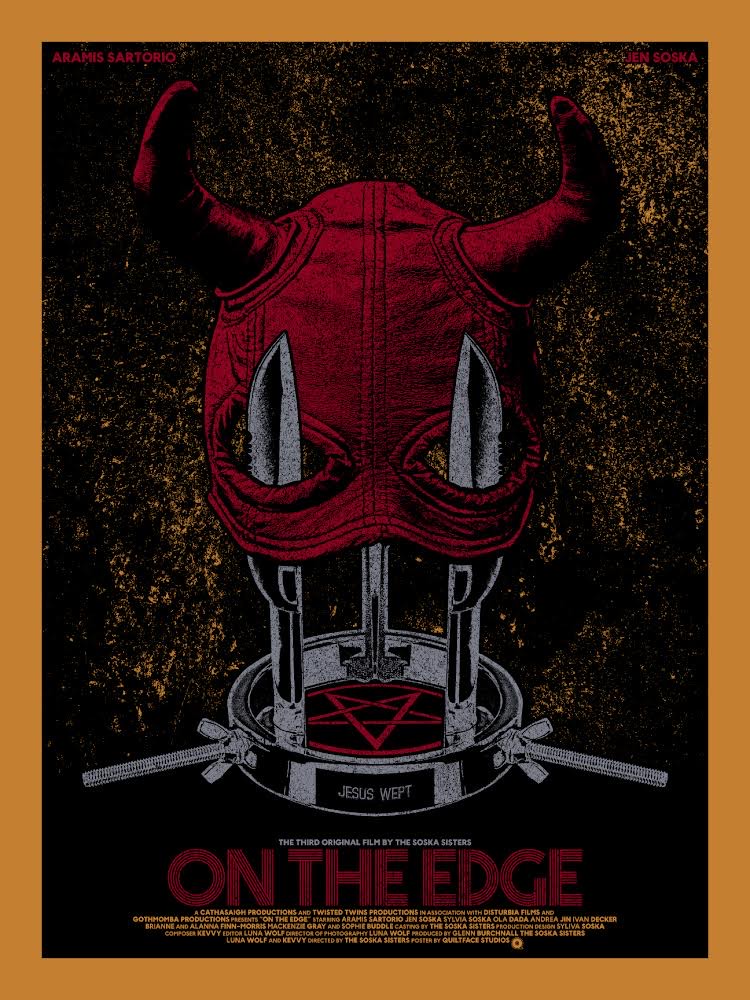 Suddenly, Mistress Satana becomes a Lillith-like creature – which feels like an easy way to handwave all her prior missteps of being a Dom – and demands that Peter confesses his sins. Insert hamfisted biblical allegories here, which is truly a pity as seeing Jen Soska dial up the evil camp is a delightfully compelling moment. She’s at her best here when her role and the film become more experimental with its blurring of reality – a fitting choice for a movie so focused on unraveling a character’s inner world. By the film’s end, we learn Peter is a sexual assault survivor. All of this pain given to him was meant to lead him to be punished enough so he could forgive himself and become a happy husband.

While viewers may deeply appreciate exploring the idea that kinky sexplay can bring catharsis and healing (and fun!) to someone’s life in a feature film, this purpose is lost here. It truly would have landed better if the entire act was in his head, as he processes his past after being triggered by a news report. Further, it brings up a lot of questions for the film’s first act when Mistress Satana talks about how disgusting it is that he thought about going to a playground and is a pervert. Even if she’s trying to “neg” him into admitting that these are his true feelings, it shows no care on her part (or the film’s) to equate sexual assault survivors also being sexual abusers. On a rewatch, the flashes and commentary on his “perversion” land more like cues of Peter’s past trauma. However, if the film had stronger control of point-of-view switches, it could have accomplished this more tactfully – giving more dimension to why Mistress Satana cares to help him at all.

Line deliveries feel stilted and wooden – although Sartorio absolutely crushes a later mirror scene where he shows the darker side of himself to himself. If there was more of him playing off himself, that’d work well. Strangely, the only side characters serving Mistress Satana are PoC with little character development – a missed opportunity to have them voice their thoughts on Peter, forgiveness, their way of helping others, etc. (Tonally, it’s also racially blind and regressive – as Andrea Jin’s Maid and Ola Dada’s Desk Clerk don’t even have names.)

There’s a moment in the film where Mistress Satana says “Not to diminish your experience, but…,” and then proceeds to invalidate a character’s feelings. On the whole, this is how the film ultimately lands. Despite its good intentions to portray a survivor on their path toward healing, there was not enough thought put into depicting the complicated and messy feelings of guilt and shame that trauma yields. Largely, it’s hard to not wonder why Peter stays through this suffering. He regresses into a child-like state, triggered by the sexplay, making this film feel like unnecessary torture for shock value instead of an empathetic look as sex-positive kink.

ON THE EDGE world premiered at FrightFest Halloween, and screened on November 26th at Cinema Nova in Melbourne and on December 9th at venues in Brisbane, Sydney, Perth, and Adelaide. The UK and US releases are TBA.