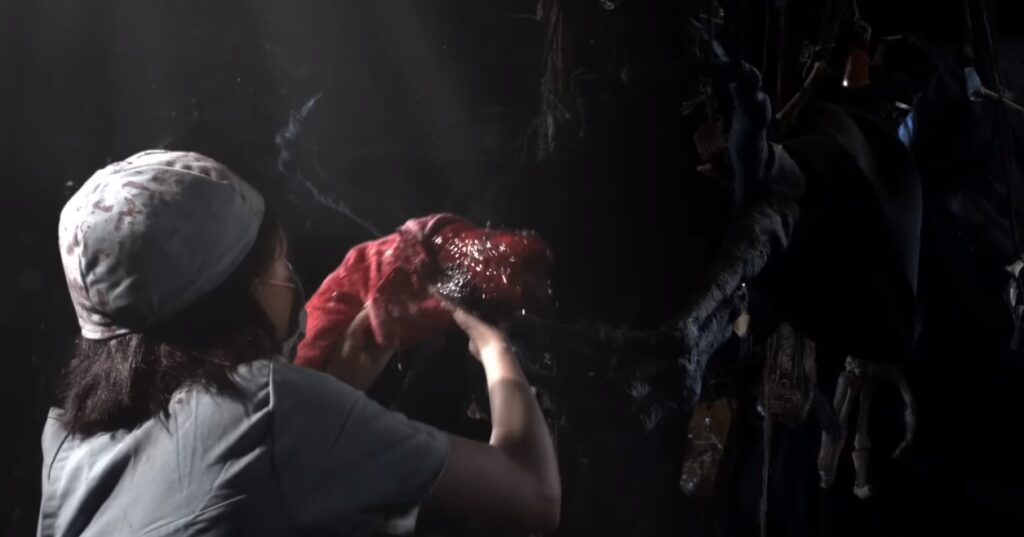 I watch a lot of bizarre films. MAD GOD is one of the most bizarre and insanely beautiful pieces of cinematic art I have ever witnessed. Academy Award-winner Phil Tippett has given us his visual effects and stop-motion magic and mastery for over 40 with such films as Star Wars, Piranha, Indiana Jones and the Temple of Doom, and RoboCop to name just a few. Although I avoided trailers and spoilers, I knew full well I was in for a treat with MAD GOD. What I didn’t know is that my mind was about to be completely blown by what I was about to watch.

I watched in awe and wonderment, at times wondering what the hell I was witnessing. I related to various events, characters and environments along the way, but the film is a puzzle to be solved. Like a hungry grub preparing to cut its mandibles, MAD GOD is an otherworldly experience pulsating and writhing in the rotting husk of a world we are all quite familiar with. I found myself overwhelmed by the epic scope of this film. It is truly a masterwork. It floods the eyes and the mind with remnants of Earth giving way to a far less pleasant civilization. Much like the film’s protagonist, the Assassin, it travels deep beneath the surface to traverse terrain that is ruined and hostile. Surreal. Challenging. Thought-provoking. Fantastic. Mad God must be seen to be believed.