Movie Review: “GHOSTS OF MONDAY” Is Atmospheric But Misses the Mark

The first-ever horror film made in Cyprus, GHOSTS OF MONDAY follows a documentary film crew of an American paranormal TV show. They arrive at a haunted location known as the Grand Hotel Gula. Their goal is to investigate the strange occurrences of New Year’s Eve 1990. On that Monday, 100 partygoers lost their lives due to poisoning. The crew must find clues to the mystery of the deaths while trying to survive strange happenings themselves. 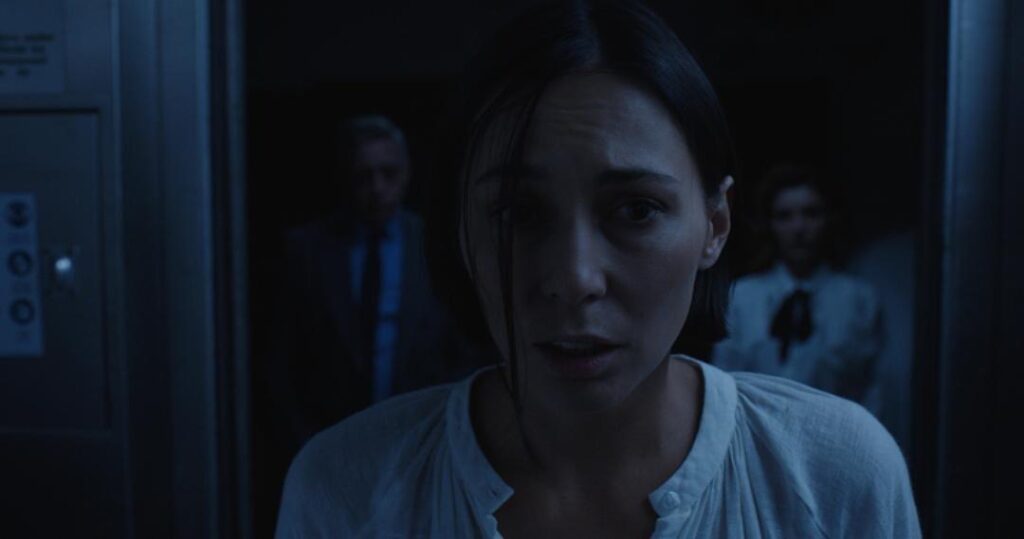 Right off the bat, director Francesco Cinquemani attempts to set up an atmosphere of dread as the crew’s showrunner, Eric (Mark Huberman), and his ex-wife, Sofia (Marianna Rosset), learn about Cyprus’ history of the supernatural. Of course, this sequence (which happens on the way to the hotel from the airport) just comes off as de rigueur exposition for the audience to check off in this by-the-numbers film.

Once at the hotel, Eric and Sofia meet the rest of their crew and the show’s host, Bruce (Julian Sands). They are introduced to Frank and Rosemary Evans (Anthony Skordi and Maria Ioannou), whose goal is to return the hotel to its former glory. Before they can do this, the crew must prove once and for all whether the hotel is haunted or not.

The crew finds out that they’ll be staying at the hotel, and on the first night, weird things do begin to happen. Sofia sleepwalks and has visions from her past. It’s worth noting that Sofia was at the hotel when the murders happened in 1990. The rest of the crew also experience unexplained phenomena as they shoot footage for the TV show.

The film starts with a great premise, and just as it draws you in, it goes in too many different directions to count. Still, it has its good points. 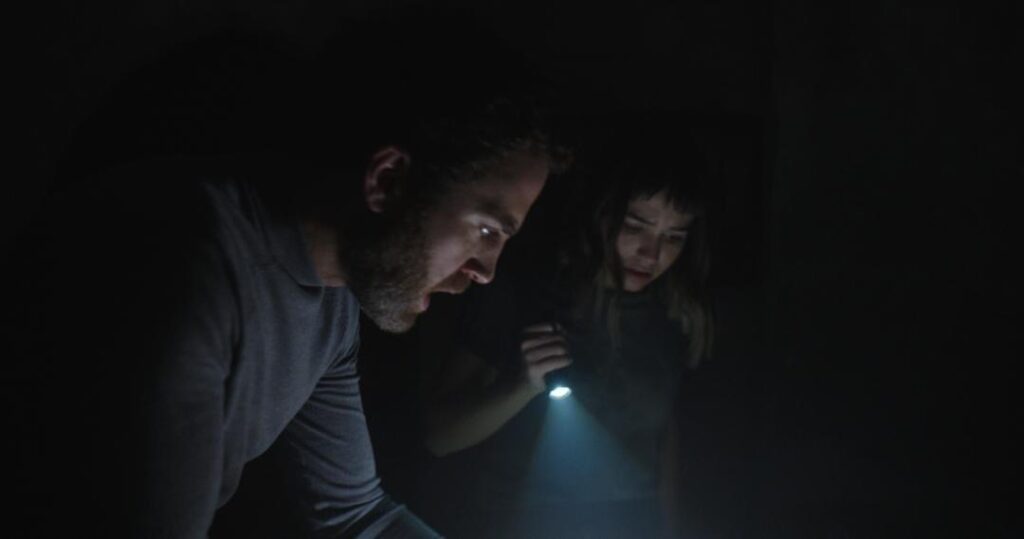 Overall, the acting is really good. There are characters to care about, and Mark Huberman as Eric is a standout. He seems to be the moral compass of the group and is committed to discovering the secrets of the hotel. Of course, Julian Sands is always interesting. His character, Bruce, is a former action star whose career was cut short due to injuries. He tries to relive his heyday as the host (and in his mind, the star) of the paranormal show. Bruce comes off as a somewhat likable character with some terrible flaws like making passes at all the female crew members, enjoying too many alcoholic beverages, and overacting horribly when shooting the show. 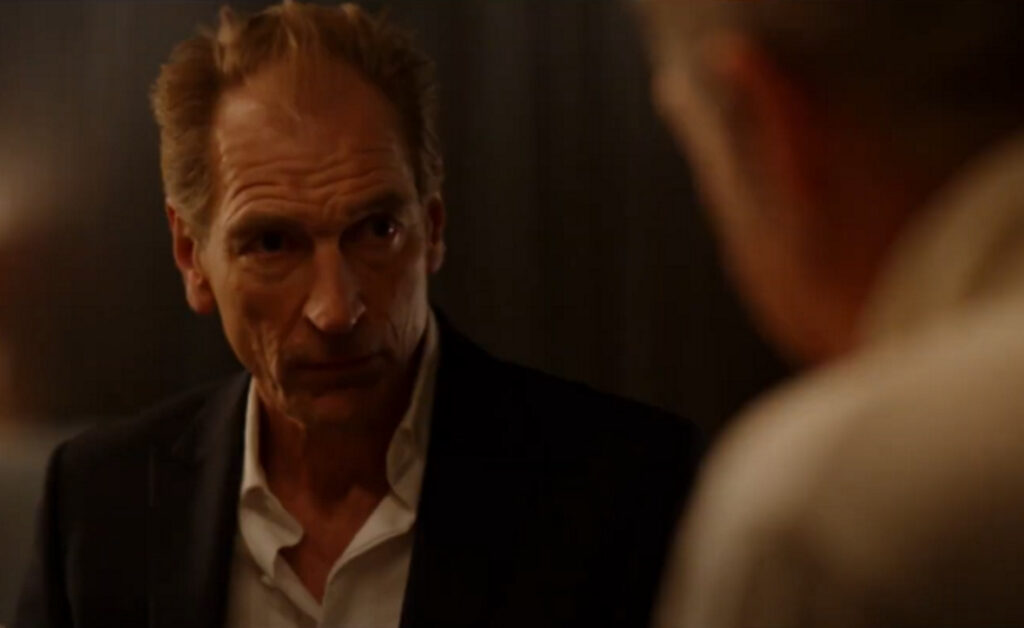 The main problem with this film? Too many cooks in the kitchen when it comes to writing. There are five (count ’em ) writers, which means the story likely went through many changes. This leads to a disjointed plot with no clear direction. It’s easy to lose sight of what the plot actually is. There are supernatural, slasher, demonic, creature and cult elements, making the story seem confused as to where it wants to go. GHOSTS OF MONDAY is a rare case of too much instead of not enough, with virtually every genre trope thrown into the mix. Eventually, viewers will just check out and lose interest.

However, Cinquemani does a decent job guiding the story in a semi-cohesive, enjoyable direction. The acting is a high note for this production and the hotel is a great spooky presence. If the story had stuck with one or maybe two threats, then it might have met its full potential. Sadly the mish-mash of genre elements leads to GHOSTS OF MONDAY losing all its atmosphere.

GHOSTS OF MONDAY is available January 24 on Blu-ray, DVD and VOD platforms.