Movie Review: Don’t Run Away From “The Retreat”

In folklore, The Wendigo is a malevolent First Nations spirit that compels people into acts of murder and cannibalism. It already sounds like Mad Libs on how to create an awesome horror movie, so you have to almost go out of your way to make The Wendigo seem uncool (looking at you, Pet Sematary remake.) While THE RETREAT doesn’t exactly make the creature look like a complete chump, it also doesn’t do them any favors. Despite that, THE RETREAT is actually a pretty fun psychological thriller/monster movie mashup that questions reality, morality and finality. 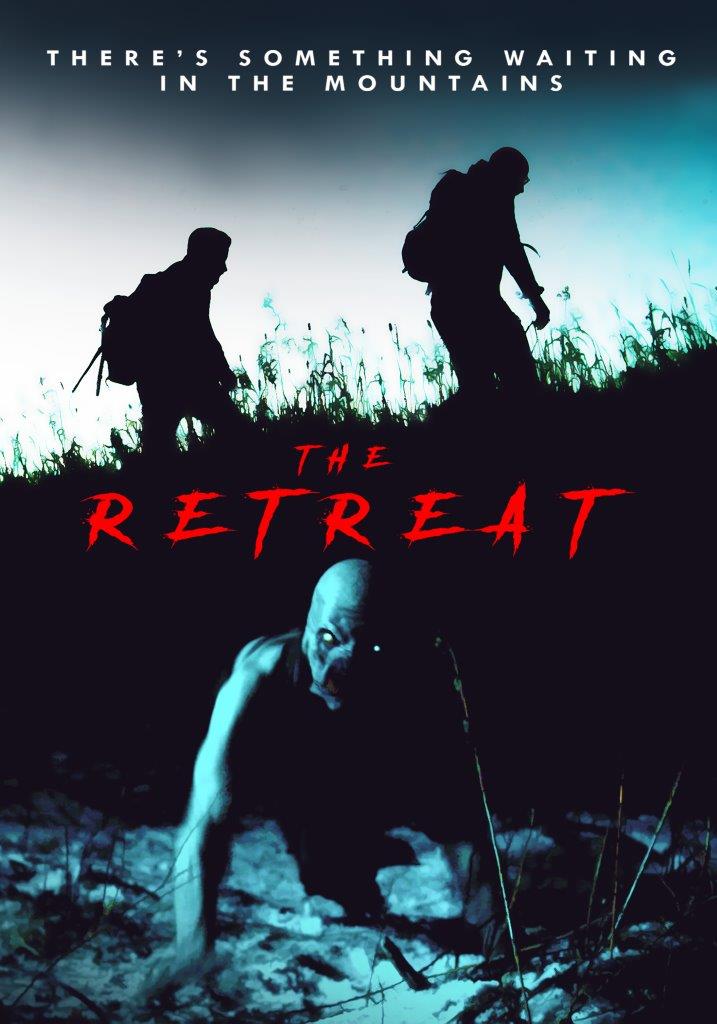 The film follows friends Gus (Grant Schumacher, Whelm, Monstrous ) who is a bit of an irresponsible loser and is bemoaning the upcoming nuptials of his best friend Adam (Dylan Grunn, Left Hand, Lake Artifact .) Despite being able to barely contain his open disdain for Adam’s new wife and accompanying lifestyle, Gus offers to do whatever Adam wants for a stag party. Adam squanders this opportunity and decides to spend it in nature, the Adirondack Mountains to be specific.

After spending some time with friends in a cabin where the local lore of The Wendigo is exposition-ed to all hell, the group dabbles in some mysterious hallucinogenic tea. It seems fun at first until Gus begins to see beings in the trees which attack him. He fights back against one of these creatures, but the next day, in the cold light of morning, it looks like Gus actually killed Adam. Things get wonky from there. Gus is intermittently interviewed by a therapist, who seems to be helping him work through his trauma in a possible flash forward. But also, Adam might not be dead. Literally none of what we’ve seen might have happened. Except drugs, they definitely took drugs. The tea has had a massive effect on both of them, and neither knows what is real anymore. Are they fighting for their lives against an evil nature spirit? Are they fighting each other? Did they make it back safely? Watch and decide. 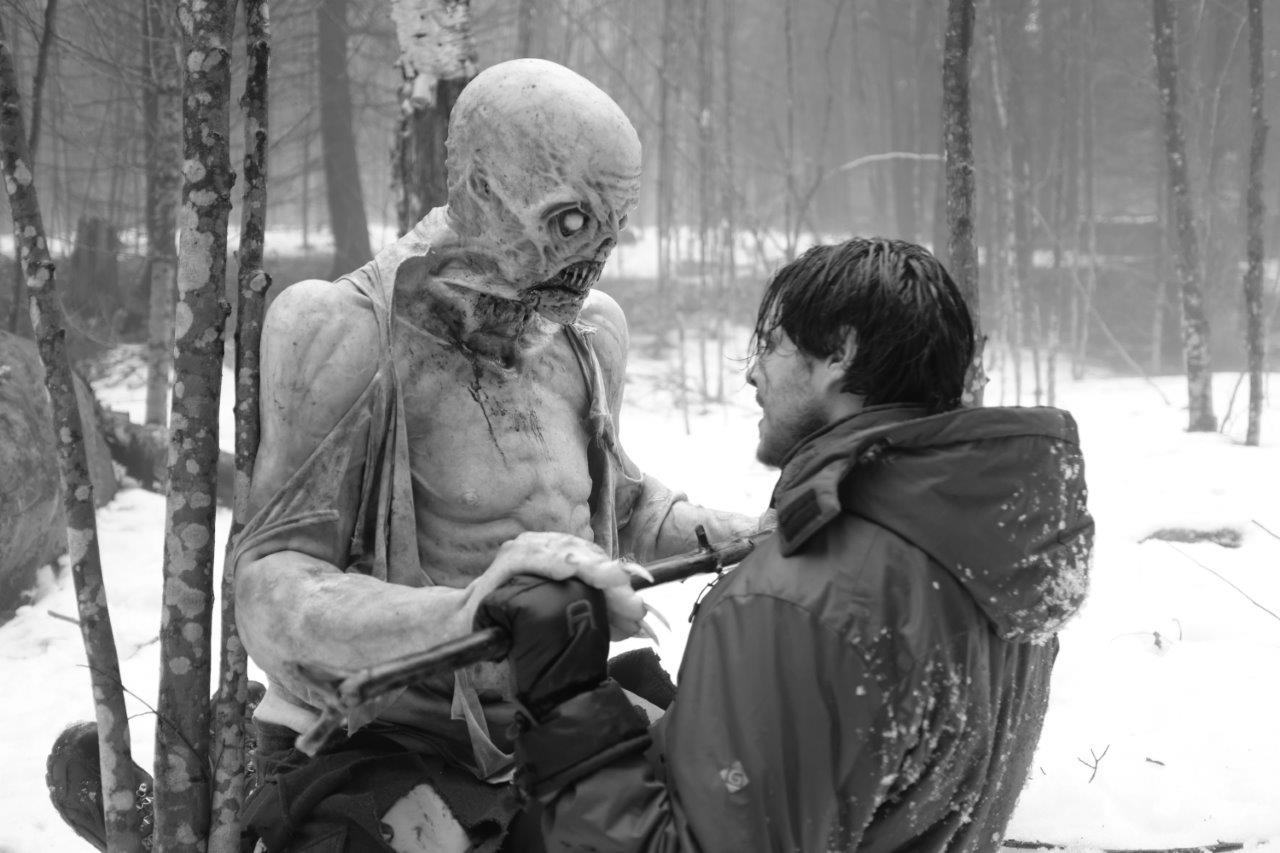 The film waffles between a monster-in-the-woods movie and an exploration of alternate timelines & realities. Huge chunks of the film involve our two heroes, who might be dead, battling clumsy men in rubber suits in poorly edited slap fights. These scenes will make you miss the masterful choreography of Kirk fighting the Gorn. What’s unfortunate is that if the creatures simply didn’t move around so much, they’d be actually frightening. When you first see them, they give the viewer an eerie feeling of the uncanny: the human form perverted, stretched thin, and full of malice. But when the body actor does a bungling dog run through the woods, you become painfully aware that it’s is just a sweaty man hurting his hands on twigs while swaddled in unflexing latex.

The twists aren’t super fresh and won’t change the game, but there are enough of them and they’re handled with enough grace by writer/director Bruce Wemple that they feel fun. These aren’t the desperate curveballs of a pseudo-Shyamalan, but the interesting U-Turns of a semi-believable drug trip. While the monster scenes are hit or miss, the film’s slippery grip on reality can be fun, especially for anyone who has dabbled in hallucinogens before. Nightmares become reality, only to de dismissed as quickly as dreams again. Painful arguments happen, ruining friendships, only to be revealed as hyper-realistic imaginings. The film works best as an acid trip, especially on the strength of some decent acting from Schumacher and Grunn.

THE RETREAT is out now on DVD and VOD.