With 2018 behind us, it’s time to look back on a year that gave us quite a variety of frightening fare, from the majors, the indie sector and streaming services, spanning every tone and subject the genre has to offer. My personal selections for the top titles run the gamut from full-bore terror to very odd stories of the unearthly.

Nonetheless, forgive me for being a stickler about the divide between science-fiction thrillers and horror, which means that ANNIHILATION and UPGRADE, both of which I loved, are absent from this list. Similarly, apologies to THE CLOVEHITCH KILLER, PYEWACKET and TERRIFIED, which were among the much-praised movies I didn’t manage to catch. Bearing in mind that this list covers films commercially released in 2018 (so a couple of fest favorites will have to wait till next year), my top 10 picks, in alphabetical order, are:

ANNA AND THE APOCALYPSE: Who would have thought that zombie gore, Christmas and musical numbers could go together as smoothly as they do in John McPhail’s enormously entertaining genre-blender—and that there would be genuine horror and heart in the mix as well? (Review) 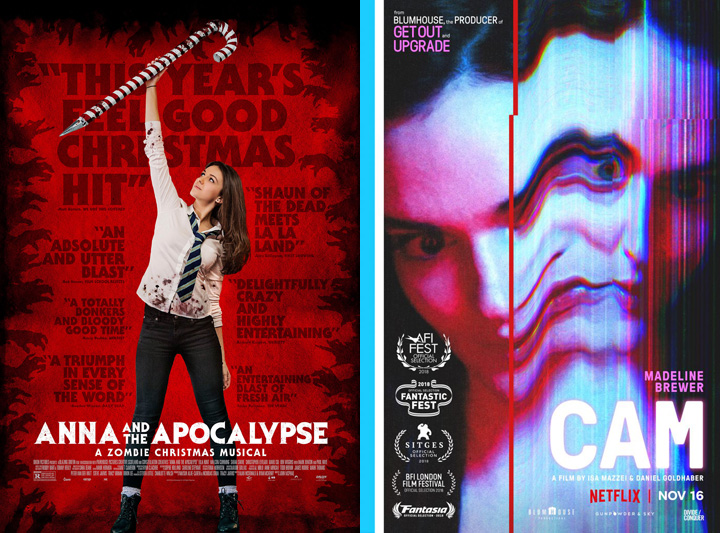 THE CLEANSE: Originally titled THE MASTER CLEANSE, Bobby Miller’s study of a group of people undergoing a very unusual purging of their demons is a unique, fascinating and, in the end, surprisingly moving blend of satirical comedy and strange creature effects. (Review)

COLD HELL: Violetta Schurawlow is electrifying as a taxi driver/mixed martial artist fighting her way through a landscape of male aggression that ranges from casual insults to attacks by a serial murderer, while director Stefan Ruzowitzky delivers first-rate action and mayhem. (Review)

THE DARK: Justin P. Lange’s first-rate entry in the sympathy-for-the-undead subgenre stars an affecting Nadia Alexander as Mina, a murdered and resurrected teenager who has a thirst for blood, yet finds a bond with Alex (Toby Nichols), another young victim of the violent adult world. (Review)

THE ENDLESS: Following up on their head-trippy first film RESOLUTION, Justin Benson and Aaron Moorhead eschew anything of the sort, instead spinning a spellbinding sci-fi/horror mind-teaser about two brothers (whom they also play) returning to the “UFO death cult” they escaped as children. (Review) 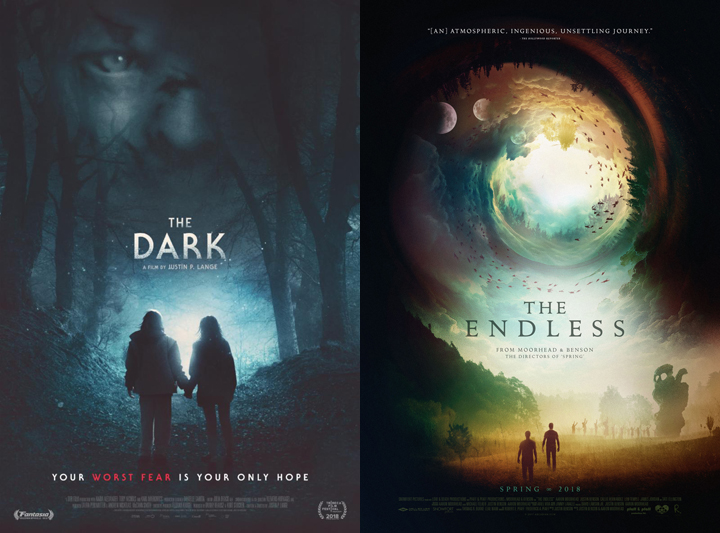 HEREDITARY: An inevitable entry here? Only because Ari Aster’s study of a family dealing with both domestic and supernatural tragedy was widely and rightly recognized as a gripping, terrifying and artful achievement, showcasing the horror performance of the year by Toni Collette. (Review)

A QUIET PLACE: Inexplicably, this has been 2018’s “It’s really a thriller” film to some observers, apparently because John Krasinski, directing himself and real-life spouse Emily Blunt, makes it a genuinely affecting family drama as well as a really scary monster movie with an irresistible hook. (Review) 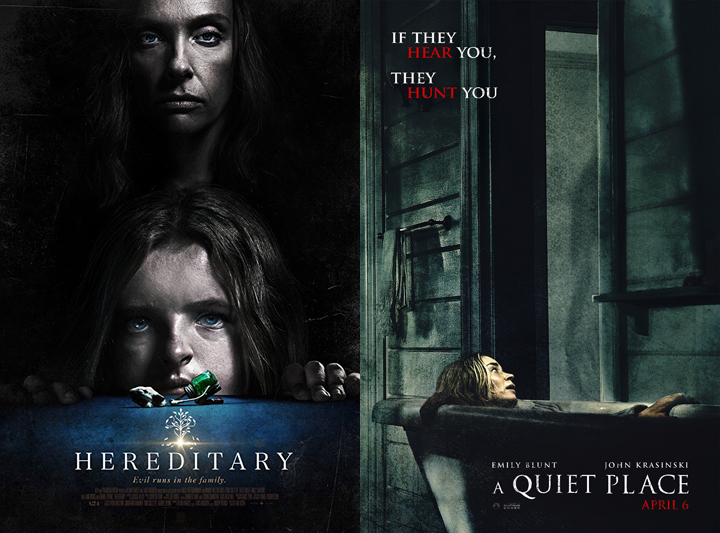 REVENGE: As blunt as its title, Coralie Fargeat’s gut-punch of a debut feature blazes as hot as the sun beating down on Jen (Matilda Lutz) as she takes gruesome, uncompromising and extremely cathartic vengeance on the men who brutalized her and left her for dead. (Review)

SUSPIRIA: This year’s most divisive horror film is inarguably a bold reimagining of Dario Argento’s classic, in which director Luca Guadagnino drenches the story of a witchy ballet academy in both oppressive atmosphere and sociopolitical metaphor. Tilda Swinton is mesmerizing in what we can now all acknowledge is a triple role. (Review) 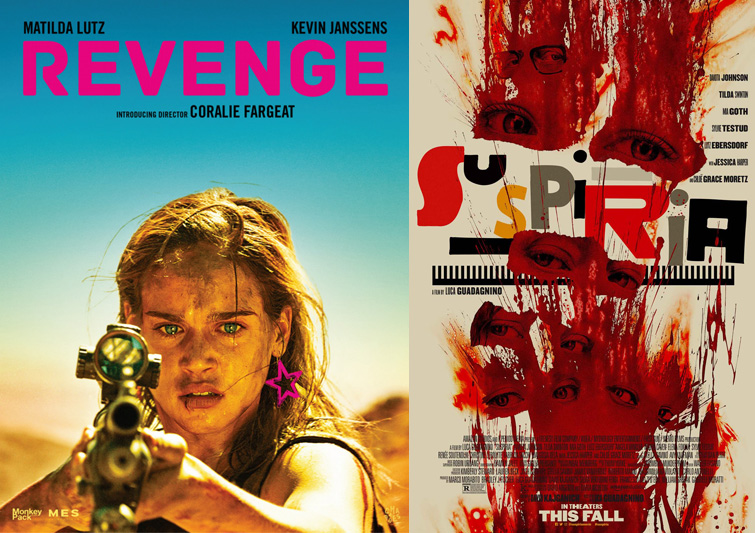