Lisa Wilcox and Tuesday Knight on “THE BLOODY MAN”

As a huge fan of the A Nightmare on Elm Street series, I was immediately enticed when I heard Lisa Wilcox and Tuesday Knight would be together in a new film! THE BLOODY MAN, directed by Daniel Benedict, is a throwback-type monster film set appropriately in the 1980s.

I recently had the opportunity to speak to Lisa and Tuesday. They both had some really interesting stuff to say about the film and their respective careers! 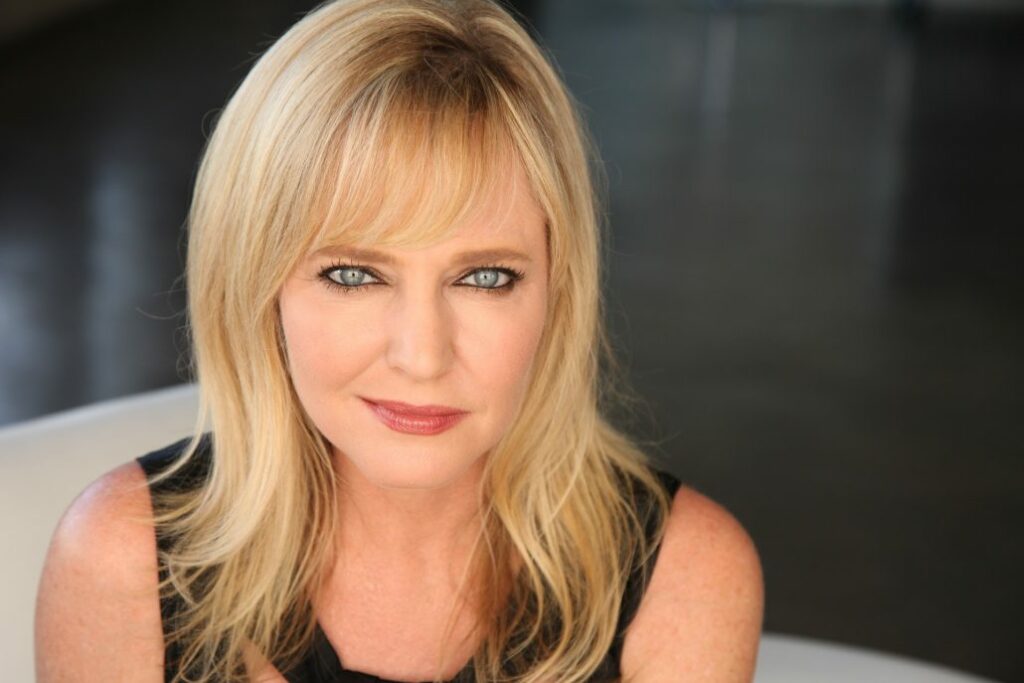 So you and Tuesday have a film out together, THE BLOODY MAN. What was it like to reunite?

[Laughing] It’s awesome, but here’s the thing. We don’t have any scenes together. We’re in the same movie, and we both play a mother role, but we don’t have any scenes together. We didn’t even get to see each other on set or have dinner or anything. She was literally flying out the day I was flying in to do my work. We’re super excited to both at least be in the same movie.

Oh, God! Honestly, they had it down with the wardrobe and the games we play with the kids – the cars. Believe me, it feels like the ’80s. There are little Easter eggs that happen regarding A Nightmare on Elm Street and other films that were happening back then. It’s a real treat.

That’s awesome. Without giving too much away, what can you tell us about it?

Well, it was really great to play a mom. I’ve only been a mom, really, in A Nightmare on Elm Street Part 5. In the final scene, I’m holding my baby. So I was excited to play a mom. The kids are darlings. The film really has a Stranger Things feel to it. Like Stranger Things is all about the kids, this movie is as well.

And the Bloody Man is the bad guy or monster?

It’s a fine line. What was it like working with Daniel Benedict, the director and co-writer of the film?

He’s just lovely. He’s so mellow, and he knows his shots. His wife, Casi Clark, is just amazing as well. They’re a great yin and yang on the set. I’m sure we’ll work together again.

Aside from playing a mother, what attracted you to the role?

Well, I read the script, and I loved it. It was like, flip the page, flip the page. [I] read it in like 45 minutes instead of three hours. It really moves. It’s sentimental, and I think how he developed the kids in the script was great. I’m always looking for character arcs.

How was the general vibe on set?

The cast I got to work with, the vibe was great! We had a good time. When we were waiting to shoot our scenes we were playing Monopoly.

[Laughing] Well, we never got to finish the game.

So I have to ask this. Your character Alice was the only person to face Freddy Krueger twice and make it alive. Would you ever go back to finish it?

Oh, absolutely! And there is so much desire in the horror community for one more Elm Street.

It’s really going to be up to Robert [Englund].

We have to get him to do it! I appreciate your time, Lisa. Thanks so much!

Talking with Lisa was a pleasure, and although Tuesday wasn’t able to join us, I did get the chance to chat with her few days later. We talked about THE BLOODY MAN, her experience taking over for Patricia Arquette in A Nightmare on Elm Street Part 4: The Dream Master and more! Hi, Tuesday! Good to talk with you! Let’s talk about THE BLOODY MAN. It’s cool to see you and Lisa Wilcox in the same movie together, even if you don’t share any scenes.

Yeah, it’s been a really long time! Even though we didn’t have any scenes together,  it’s great to be in the same movie again with her.

So, what can you tell me about THE BLOODY MAN, Tuesday?

Well, it was kind of weird for me because I gained weight for the part, and then it took me a long time to get rid of it. So from now on, I’m not a method actor. [Laughing]

No more. It was such a good script, and I really liked the ’80s flavor. I did three songs for the film, too, and it was fun to go back to my roots in the early ’80s and ’90s. That was the best time for me – so much great music and so many great artists. I don’t really listen to anything that’s current.

My dad, Baker Knight, was a really famous composer. He wrote songs for Frank Sinatra, Elvis, Dean Martin and Tom Petty. Bob Dylan wrote him a letter asking if he had any other songs he could do.

That’s awesome! Now you play Kim Harris in THE BLOODY MAN. What drew you to the character?

She’s very baffled and uncomfortable in the beginning because she thinks her step-kids don’t like her. Lisa plays their real mother. I’m fighting for their attention and for them to accept me and like me. The whole first part of the movie is me trying to gain their trust and everything. Then it changes. Drastically. I don’t want to spoil too much, but it gets creepier and creepier. And it’s so ’80s!

How was it working with Daniel Benedict, and Casi Clark?

It was awesome. I love Daniel. He’s so creative and such a good director. He lets the actors do what they do. He’s very warm and generous – Casi, too! She was more like the silent partner in it, but everything went between the two of them.

How did you get involved with the movie?

I knew Daniel. We met at a convention. He came up to my table and asked if I would do music for his film. I said I would love to, and he told me it was like an ’80s movie and about the part. I thought it sounded really cool. I liked the writing a lot. He hired Lisa, and I didn’t even know that until I was cast, so that was pretty cool.

Alright, Tuesday. If you had to sum up THE BLOODY MAN in one epic sentence, what would you say?

Now, I want to go back to the ’80s for a moment. When you stepped into the role of Kristen Parker, replacing Patricia Arquette in A Nightmare on Elm Street Part 4: The Dream Master, were you a fan at the time? What was that like for you?

Oh yeah. I was a huge fan, and it was my first film. I had only done TV before that. It was a little weird because I was taking Patricia Arquette’s place, and there was some animosity, I felt. I was so excited that, when  I got the part, I fell down the stairs out front of the building. This guy came up and was like, “Aae you okay?” I’m like, “Oh, totally! I just got A Nightmare on Elm Street! I’m so happy!” 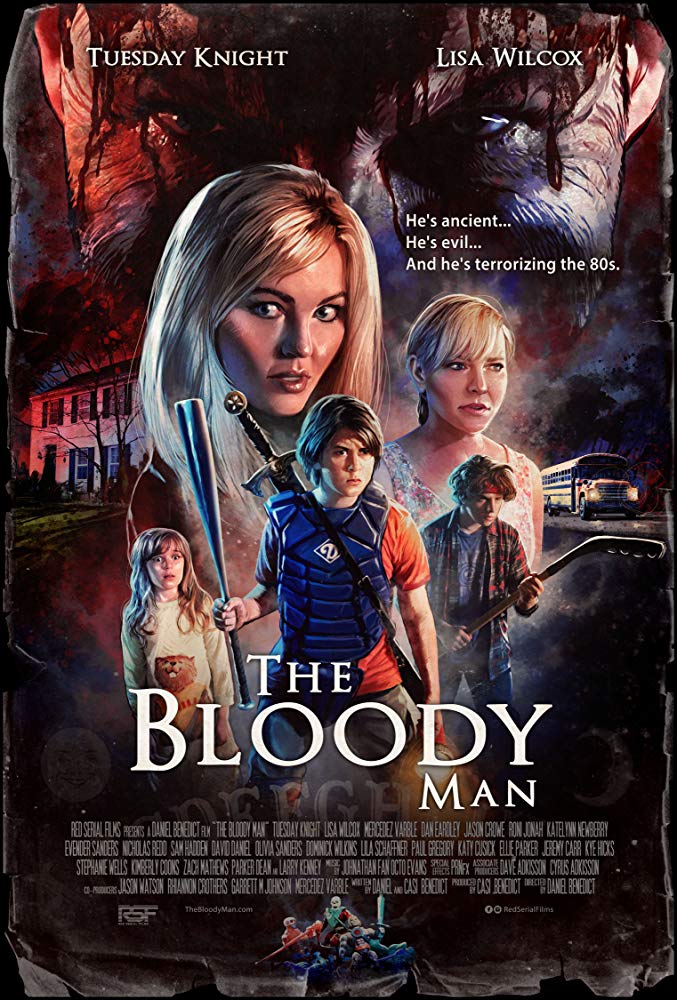 Be sure to catch Lisa Wilcox and Tuesday Knight in THE BLOODY MAN! Available now on VOD from Wild Eye Releasing!