Deck the halls with entrails! Santa Claus is coming to town, and nobody is on the nice list this year in writer-director Joe Begos‘ (The Mind’s Eye, VFW) holiday shocker, CHRISTMAS BLOODY CHRISTMAS. This Kris Kringle is no jolly old elf; He’s a robotic killing machine on a Yuletide rampage. 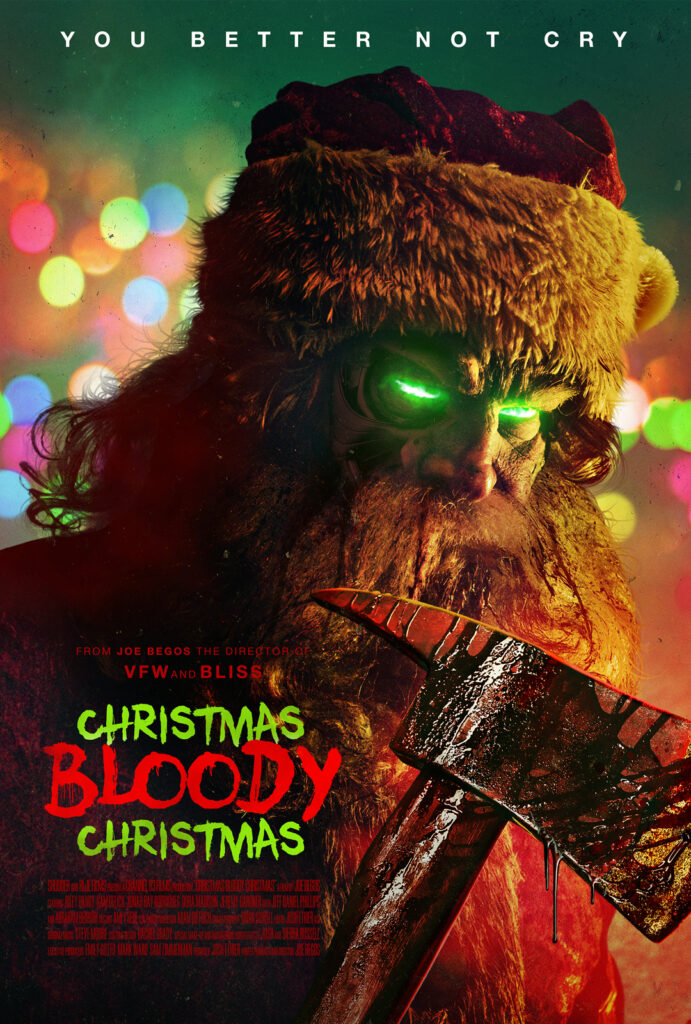 Riley Dandy stars as record store owner Tori, who just wants to spend the holidays partying it up, but when an animatronic Santa (Abraham Benrubi) from a nearby toy shop goes haywire, she finds herself in a bloody fight for survival. Sugarplums and candy canes give way to mayhem and metal as Saint Nick embarks on a violent night of pure terror. Sam Delich (Spiderhead), Jonah Ray Rodrigues (Mystery Science Theater 3000), Dora Madison (Everybody Wants Some, Chicago Fire), Jeremy Gardner (Offseason) and Jeff Daniel Phillips (3 From Hell) costar.

Shudder and RLJE Films will release CHRISTMAS BLOODY CHRISTMAS in theaters, and it will stream exclusively on Shudder on December 9, 2022, but you can sneak a peek under the wrapping paper with the trailer now.

Is CHRISTMAS BLOODY CHRISTMAS worth sliding under your tree? Find out in Michael Gingold’s Brooklyn Horror Film Festival review here.