Halloween. For some kids, All Hallows Eve is as magical as Christmas and as redeeming as Easter Sunday. The planning, the anticipation, and finally, the setting of the sun and the trek through autumnal darkness in search of sugary treasure are sacred. For me, the days leading to the 31st were busy ones filled with rituals: the selection of the appropriate costume, the receptacle that would collect the bounty (orange plastic pumpkin or grocery bag?) as well as the route we would take from house to house and neighborhood to neighborhood.

We indulged in macabre stimuli as well, priming the pump for the festivities to come. We watched our favorite monster and slasher flicks (the more terrifying and gory the better!), and some of us ventured beyond television and the movie theater, deriving our morbid satisfaction through reading. The spooky literature varied from generation to generation: Tales from the Crypt, Famous Monsters of Filmland, Creepy, Eerie, House of Mystery, Tomb of Dracula, Werewolf by Night, R.L. Stine’s Goosebumps or Scary Stories to Tell in the Dark.

For those of us who never outgrew that darkest of holidays, we still continue to indulge in the thrills and chills produced by the written word. Innocence and discretion have been cast aside and, as adults, we revel in the visceral and forbidden that the restraints robbed us of. But one thing cannot be denied. We still love our monsters. Maturity has not dulled our inherent fascination and fondness for the late-night Creature Feature and things that stalk, crawl, and slither through the dark of night.

So, where do we begin? Here are ten suggestions for potent horror prose, both old and new, to provide that much-needed monster fix. 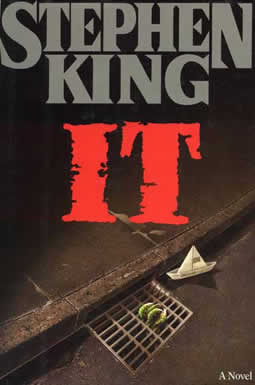 Any reader who loves horror fiction – or is even vaguely aware of King’s lengthy backlist of titles – is familiar with The Losers’ Club and their fearful battle with the sewer-dwelling entity known as Pennywise. Rivaling The Stand in length at a whopping 1,181 pages, this epic tale of coming-of-age horror is responsible for generations of coulrophobia. Despite the perplexing ending and that awkwardly uncomfortable preteen multi-tryst in the catacombs beneath Derry, IT has not only become a must-read for lovers of horror literature but almost a rite of passage from the spooky-but-safe Goosebumps realm to more terrifying and abhorrent literary fare. 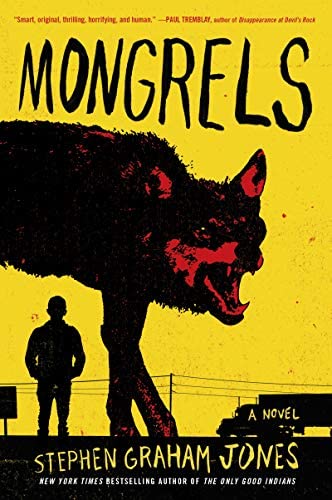 In the time-honored tradition of Whitley Streiber’s The Wolfen and Gary Brandner’s The Howling, indigenous author Stephen Graham Jones offers a fresh take on the angst-ridden lycanthrope. Sometimes deeply moving, sometimes darkly humorous, this a story of wandering changelings living on the fringe of a society that fears and despises them. Part coming-of-age tale, part nightmarish road trip across the American South, Mongrels presents the werewolf trope in a unique and effective way. 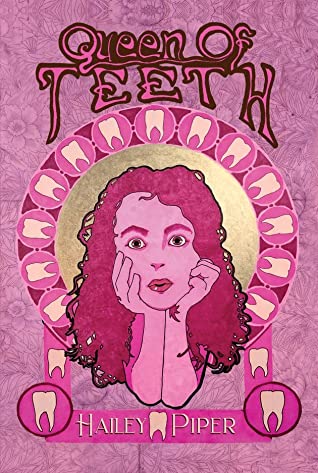 In 2020, transgender author Hailey Piper solidified her rightful place in the horror genre with the cosmic horror masterwork, The Worm and His Kings. Close on its heels came the frightfully efficacious, Bram Stoker-winning Queen of Teeth. A grisly and glorious tale of body horror set into motion by a corporate drug trial gone wrong, Queen pushes the boundaries of dark fiction and refuses to let up. 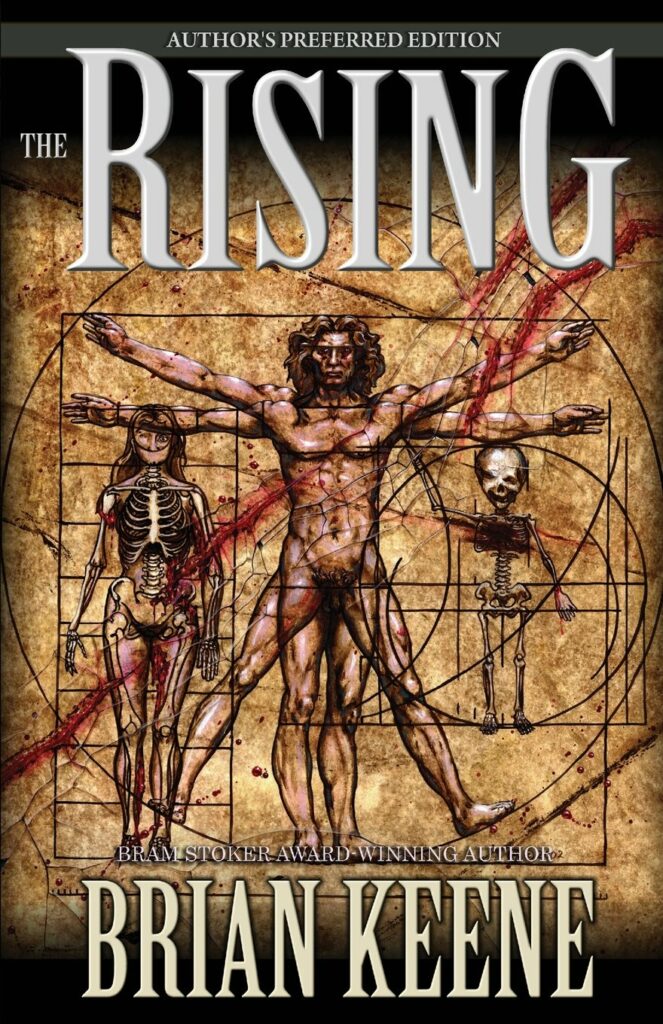 The Rising by Brian Keene (zombies)

After the implosion of mass market horror literature in the mid-1990s, author Brian Keene almost single-handedly set the genre back on solid ground with his 2003, Stoker-winning novel, The Rising. An unrelenting tale of an escalating zombie apocalypse and a survivor’s race against time to save his stranded son has become a genre staple over the years. Along with The Walking Dead, Keene’s debut novel revived the shambling, flesh-devouring zombie as a viable antagonist to be feared and reckoned with. 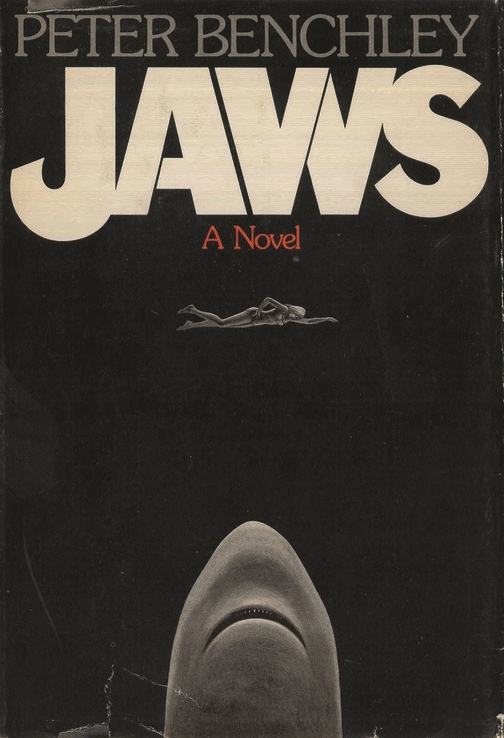 True, many consider this to be a summer read, rather than one suited for October. But there’s no denying that Benchley’s 1974 novel still possesses one of the most emotion-triggering creatures of any genre of literature – the merciless, 20-foot eating machine concealed beneath the waters off the coast of Amity Island. While Spielberg probably conjured more goosebumps and jump scares with his cinematic version, the book has plenty of nightmare fodder to follow you into slumber … or accompany you to the beach every time the surf reaches past your ankles. 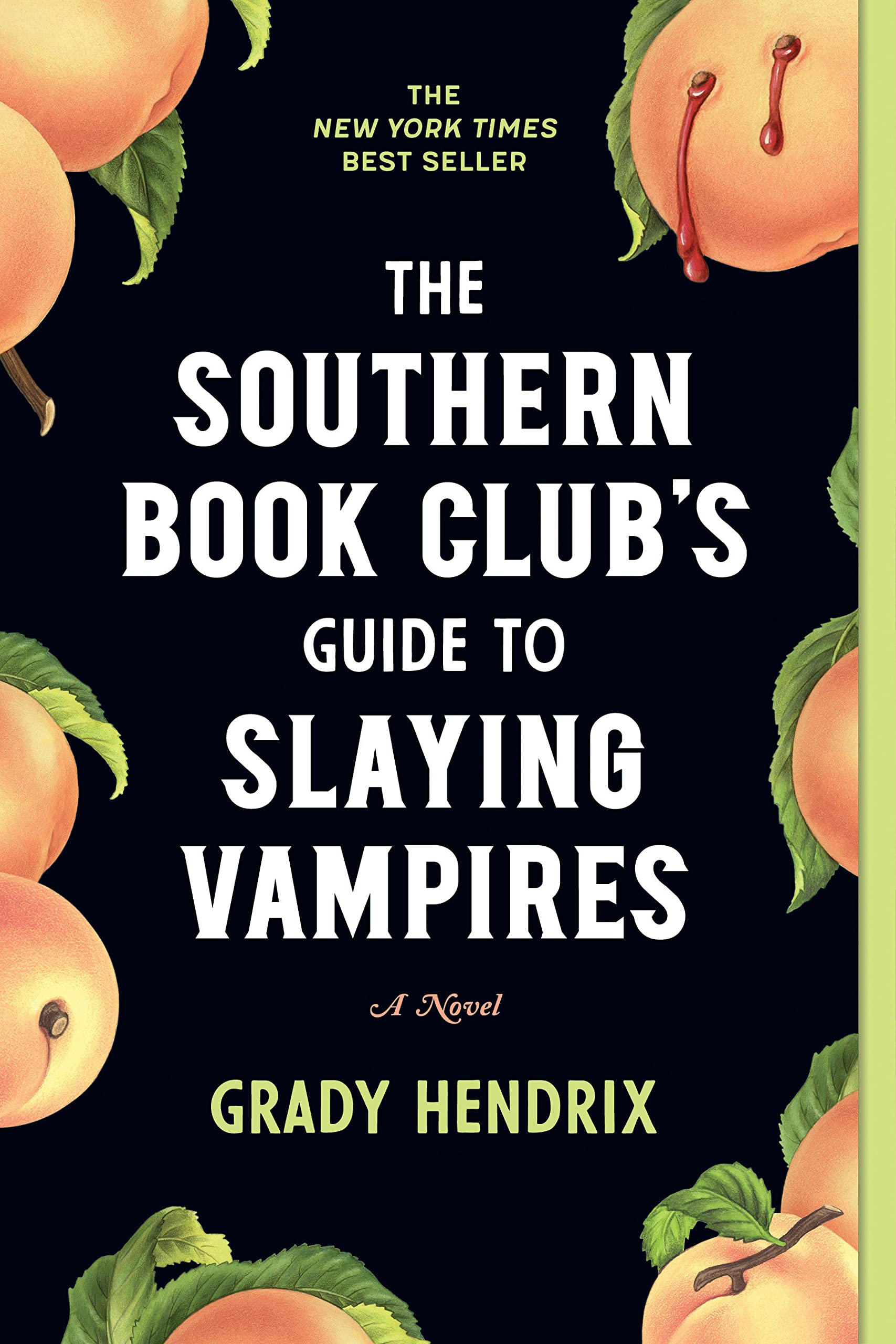 As some have said, this novel by Grady Hendrix feels like a cross between Steel Magnolias and Dracula (or more like Salem’s Lot, in my opinion). As a Southerner myself, this tale of a middle-aged book club member who crosses paths with a vampire in Charleston, South Carolina, reads authentically, with humor, suspense and charm. Hendrix’s consistency in turning everyday life into spooky and witty social commentary validates his appeal as one of the genre’s most engaging storytellers. 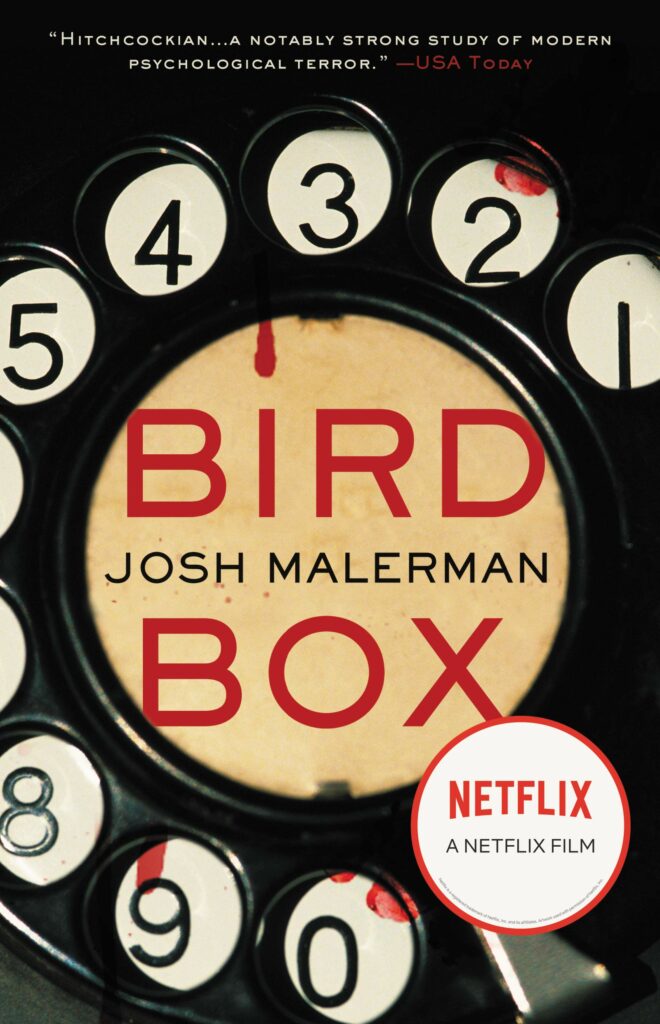 The true horror of Josh Malerman’s post-apocalyptic novel, Bird Box, is not the monster that is seen but the one no one wants to see. The story follows Malorie and two small children as they journey through a frightening world where the mere sight of dangerous entities (alien, demonic?) causes madness, uncontrollable violence, and self-destruction. Malerman’s most suspenseful and popular novel delivers palatable horror that will last long past its 272 pages. 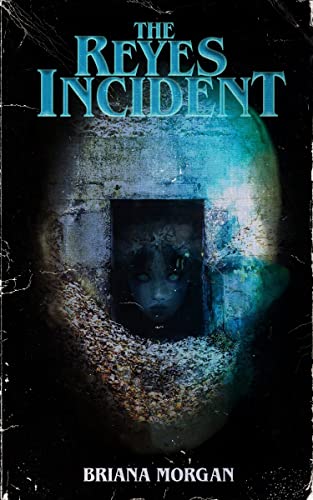 In the realm of legend, the mermaid has always been depicted as a creature of dubious nature – mysterious, seductive, and potentially malicious (not at all like innocent, clam shell-clad Ariel). In The Reyes Incident, a police investigation of a deadly incident in a flooded, underground bunker brings a town’s urban legend to horrifying light. Morgan’s tale of found footage and the watery terror it reveals is fast-paced, suspenseful, and disturbing. 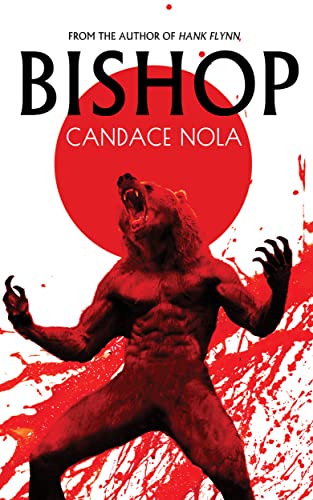 I’ve always been a sucker for horror tales that take place in wilderness settings (American mountains and bayous, the Canadian Rockies, the Australian Outback, etc.). Bishop is set in the rugged terrain of Alaska and Candace Nola uses this to great atmospheric advantage throughout the story. Combine the frantic search for a missing mother and her daughter in an isolated and treacherous region and ancient predatory horrors, and you have a very exciting and engaging read. Jack London + Laird Barron + Stephen Graham Jones = Candace Nola’s Bishop. 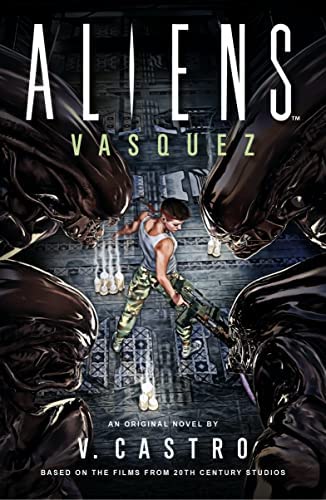 Horror fans have had a love/loathe relationship with the iconic Xenomorph of the Alien franchise for over four decades now. Latinx author V. Castro’s new novel, ALIENS: Vasquez, brings them back, full-force, in that distant place where no one can hear you scream (except maybe yourself … just before telescopic jaws rip your throat out). The most refreshing aspect of the book, however, is its focus, not on customary heroine Ripley, but on Colonial Marine Jenette Vasquez from the 1986 film sequel. As insightful as it is exciting, Castro’s tale follows Vasquez’s journey from tragic orphan to seasoned and formidable woman warrior in an alien world of rampant machismo and interstellar chaos.

When you’re finished with those ten, here are a few more tried and true terror tomes to satisfy your Halloween craving for beasties and boogeymen…

Frankenstein or The Modern Prometheus by Mary Wollstonecraft Shelley

I Am Legend by Richard Matheson 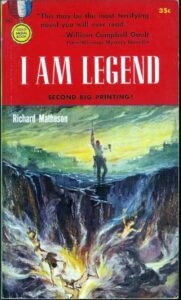 Return of the Mothman by Michael Knost

The Hellbound Heart by Clive Barker 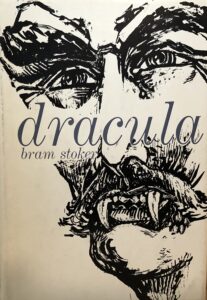 The Mist by Stephen King

Who Goes There? by John W. Campbell

At the Mountains of Madness by H.P. Lovecraft 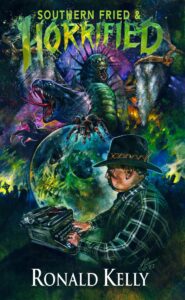 Born and bred in Tennessee, Ronald Kelly is the Splatter Punk Award-winning author of Southern-fried horror fiction with fifteen novels, twelve short story collections, and a Grammy-nominated audio collection to his credit. Influenced by such writers as Stephen King, Richard Matheson, Joe R. Lansdale and Manly Wade Wellman, Kelly sets his tales of rural darkness in the hills and hollows of his native state. He lives in a backwoods hollow in Brush Creek, Tennessee, with his wife, Joyce, and their young’uns. You can visit him online at ronaldkelly.com.

In SOUTHERN FRIED AND HORRIFIED (September 6, 2022; Stygian Sky Media), Splatter Punk Award-winning author Ronald Kelly expounds on a lifetime shaped by his love of horror and the macabre, as well as a thirty-six-year career as a Southern storyteller. His early influences, the long road to publication, success as a Zebra Horror author, the devastating collapse of mass-market publishing in the mid-1990s, and his ten-year hiatus from writing and horror… it is all here, between two covers, as well as his triumphant return to the genre and a fresh, new resurgence of his creativity and popularity. Sprinkled generously throughout are essays, writing advice, and lists of Kelly’s favorite books and movies, as well as his most cherished heroes, villains, and creatures from the RK mythos.