In years to come when ‘COVID horror’ inevitably becomes a subgenre of its own – one that we all look back on with mixed emotions – there will be films that elevated such contrived subject matter to new heights, and others that simply appeared uncomfortably opportunistic in their timing. HALL (2020) is unfortunately one of the latter. Starting out with an intriguing single-location concept of a lone hotel hallway stricken by a deadly fast-acting virus, HALL effectively taps into pandemic anxieties surrounding both disease and being stuck in close-quarters with others. The film’s most valuable character interaction occurs between two young mothers, one American and one Japanese, who are each in the process of leaving or outrunning violent husbands who threaten the safety of them and their daughters.

Val (Carolina Bartczak), is on a tense vacation with her daughter and abusive husband, whom she plans for them to leave when an opportune moment presents itself. Meanwhile, a pregnant Naomi (Yumiko Shaku) is staying at the hotel while on a work trip from Japan, yet she plans to stay in the States to escape the equally abusive father of her own child. HALL’s most profound moment takes place between the two women as they bond over their shared victimization at the hands of men who are meant to love them, all while worrying over the well-being of children trapped in the crosshairs of domestic violence. While HALL teases its audience with a kind of feminist team-up between the two women, at about the hour mark it becomes clear that no such move is in-fact planned, leading to a steep decline in entertainment value until the film’s anticlimactic conclusion. 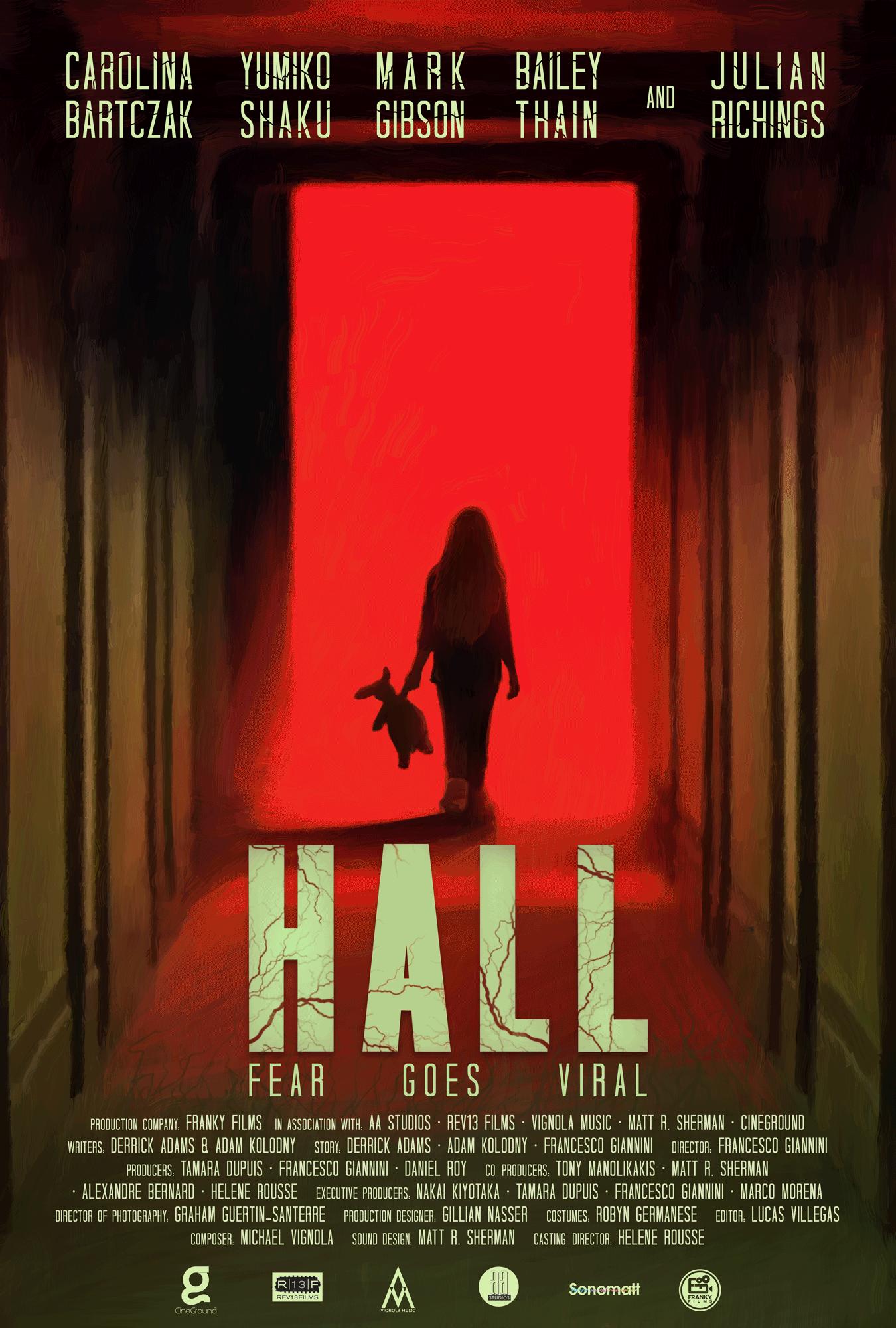 Another odd choice made by HALL is the inclusion of a virus-plant conspiracy plot, based on a brief cameo by Supernatural’s Julian Richings, seemingly reprising his role in the series as the Horseman Death, a mysterious harbinger of death and destruction. However, this haphazardly ‘relevant’ subplot is never resolved with any satisfaction, the film’s ending taking a run at class commentary rather than tying up the lose threads that threaten to unravel the weak logic underpinning HALL’s overall plotline. Another disappointment of HALL is the zombies themselves. While the makeup and FX are incredibly well-done and hold the film to a certain standard of realism, they are wasted on shots of the hotel’s diseased patrons crawling through its hallways, rather than creating any real sense of horror around the virus itself.

Despite not being spectacularly written, HALL does benefit from a compelling initial concept and direction from Francesco Giannini. Once it becomes clear that HALL values its aesthetics and thematic material over other concerns such as plot and dialogue, the film is an enjoyable enough exploration of the anxieties unique to pandemic-living that have plagued us all over the last year and a half.

HALL is available now on VOD.