The movie just swept Fantasporto 2022’s awards, on its way to another fest berth.

The female-led thriller FOLLOW HER took Best Picture, Best Actress and the Audience Award at Portugal’s Fantasporto, and next plays Fantaspoa in Brazil (see the full slate here). Directed by Sylvia Caminer and scripted by Dani Barker, it stars Barker and Luke Cook; the synopsis: Struggling actress and live-streamer “Jess Peters [Barker], known to her online followers as J-PEEPS, has finally found her hook: Secretly filming creepy interactions she encounters via online job listings, and using the kinks of others to fuel her streaming success. For her next episode, she’s been hired to write the ending of a screenplay in a remote, lavish cabin. Once there, Tom [Cook], the alluring self-proclaimed screenwriter, hands her a script in which the two of them are the main characters. This client isn’t what he seems, and even though the money’s great…the real payment here could cost her life.” 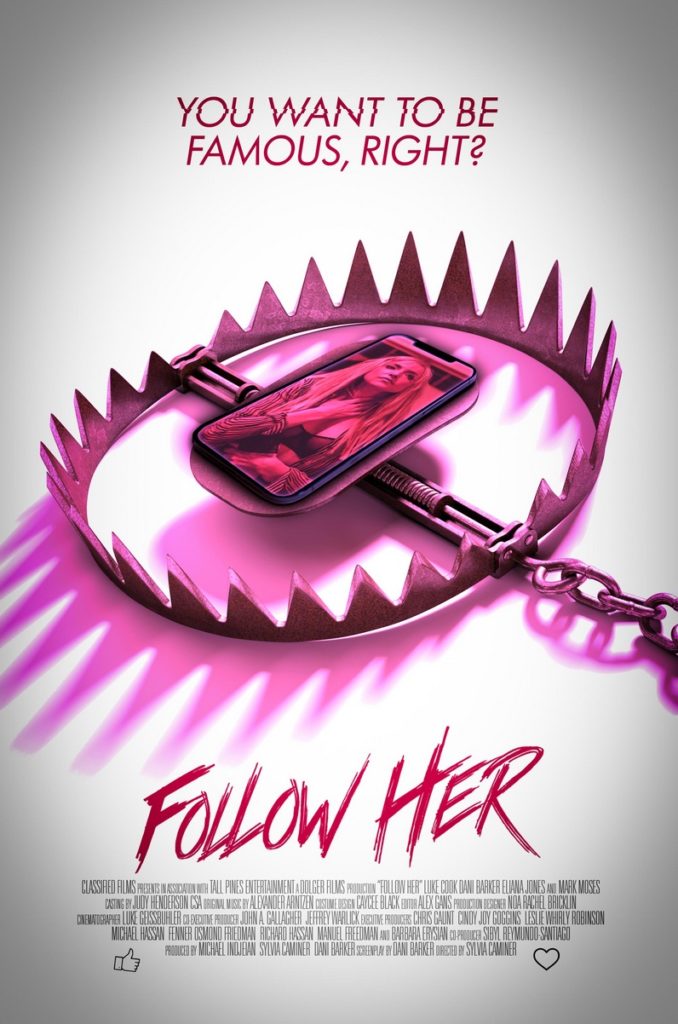