Movie Review: “FLEE THE LIGHT” Is a Spell Missing its Magic

The Witch Film appears to be making a comeback. While stories of paganism and occult spirituality have existed since the earliest days of horror, Robert Eggers’s 2015 film The Witch, seems to have kicked off a new phase of interest in magical women on screen. Not content with just a pointy black hat, recent filmmakers are dedicated to presenting witchcraft with an authentic and nuanced lens. FLEE THE LIGHT is the latest in this cinematic trend. From writer Jennifer Mancini and director Alexandra Senza, both in their feature film debut, this tale of covens and demons admirably depicts witches as complex human beings. But the film’s internal logic feels vague and inconsistent, a spell missing a few key ingredients. While the framework is compelling, FLEE THE LIGHT meanders through a confusing plot and often struggles under the weight of its own mythology.

FLEE THE LIGHT is a story of two sisters, Andra (Annie Tuma) and Delfi (Ariana Marquis). Haunted since childhood, the elder Delfi struggles with her mental health and leans on her more stable younger sister for support. The young psychology student attempts to help Delfi in any way she can but resists her sister’s urge to investigate the metaphysical realm for answers. When a mysterious guide named Kata (Jane Siberry) compels Andra to search for her own truth, the younger sister learns that she may have been the target of the malevolent force all along. Her only hope is to recover memories of her previous life and connect with the hidden roots of her magic.

FLEE THE LIGHT does not name its magical pathway or alignments, but the coven it depicts is similar to Wicca and eclectic witchcraft. Mancini and Senza clearly have familiarity with occult spiritualism and the film has the feel of authenticity even when it struggles to flesh out its mystical world. In fact, the best moments involve exploring the positive side of witchcraft; community building, generational empowerment, and the recovering of forgotten legacies. Many modern witches describe “remembering” their past lives or feeling an unexplainable connection to a specific place. Delfi experiences this reclamation and the relief it can bring, though the logic it takes to get there is flimsy at best. Also authentic is the euphoria of communal practice. Though she is a clumsily defined character, Kata’s guidance contains genuine warmth. She is a matriarch who genuinely cares about the well-being of her community. 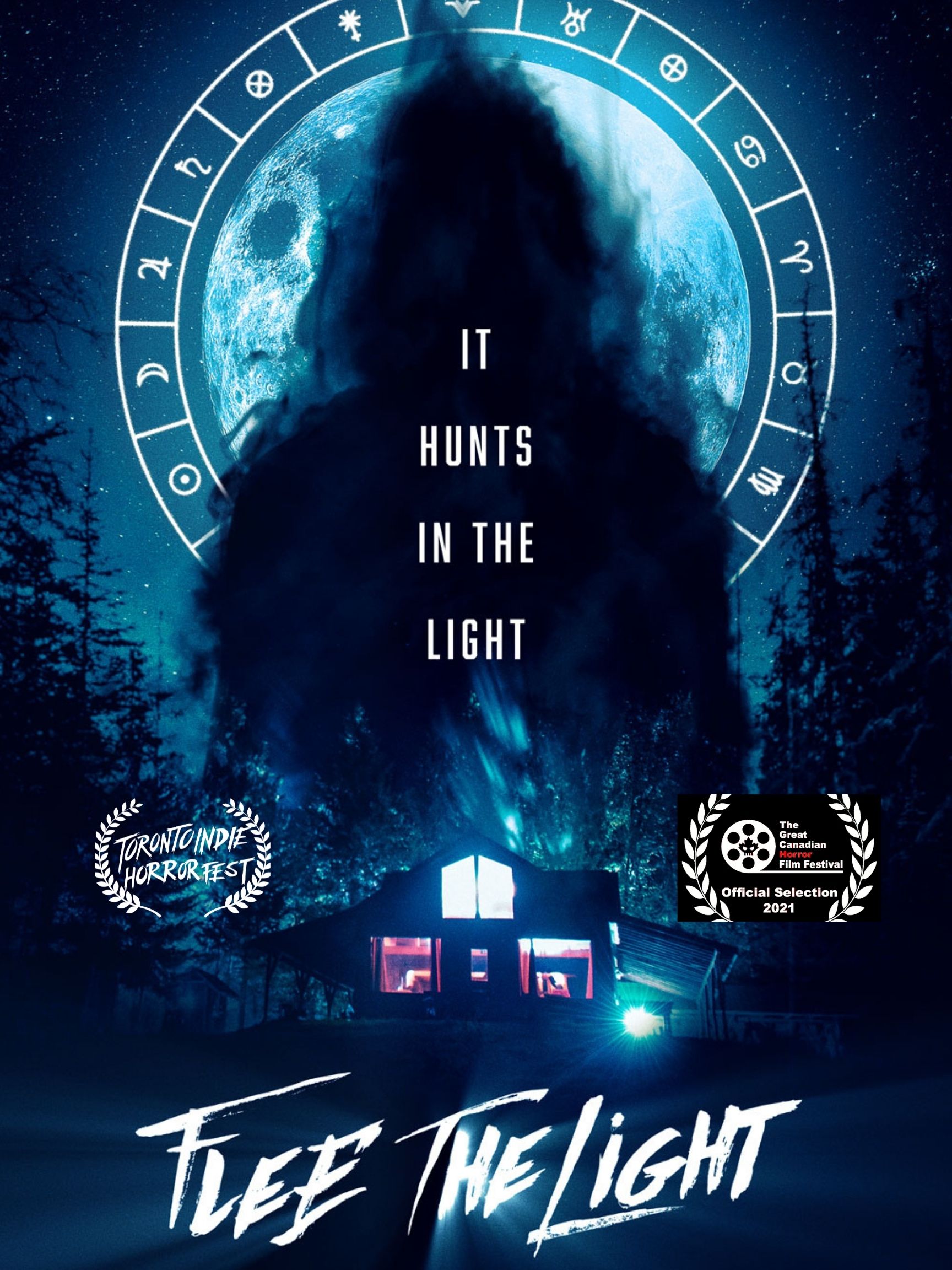 Unfortunately, strange pacing casts a shadow over this feeling of calm catharsis. The witchcraft world is not nearly fleshed out enough and for those not familiar with occult rituals, it could be read as hokey or ridiculous. The malevolent force that haunts both girls feels equally vague and could easily be mistaken for an aspect of the coven itself. Way too much time is spent on the search for answers and the girl’s prior life and not enough time on the spiritual world they finally discover. Given Mancini’s familiarity with the subject matter, it would have been nice to spend more time with the modern coven. The story lacks a grounding center and begins to feel unwieldy as the narrative unfolds, perhaps too big and complicated for the film’s small scale.

The film’s monster is similarly confusing. This mysterious presence that haunts the sisters is often kept in the shadows with a “less is more” approach that works for the film’s low budget. But we’re never given satisfactory answers and dire stakes seem to come out of nowhere. Sometimes this type of intentional ambiguity can aid a film by inviting the audience to fill in the details for themselves. But FLEE THE LIGHT’s ill-defined mystery just leads to frustration, confusion, and the feeling that Mancini doesn’t quite have a handle on the mythology either. The creature designs are fine considering the film’s low budget and Senza is wise to keep them more subdued. The monster teased in the film’s first half feels like a different beast than the one we eventually see, never quite living up to the fear it inspires in Delfi.

In some aspects, FLEE THE LIGHT is much better than it should be. This is mostly due to compelling performances by the film’s two leads. Tuma and Marquis fully commit to their characters and have good chemistry with each other. But rather than lifting the film to their level, they often stand out against an uninspired supporting cast that struggles to keep up. Part of this problem is due to dialogue that feels overwrought and forced. Adding insult to injury, lackluster set design, flat cinematography, and uninspired directing suck any life out of the narrative. The story itself lacks certain logical connectivity. Plot twists feel too easy and long portions of screen time are spent on things that don’t end up mattering much. Meant to be devastating, the ending just feels strange. It’s a conclusion we’ve seen many times before that manages to feel simultaneously predictable and preposterous.

Though FLEE THE LIGHT should be commended for its positive depiction of witchcraft, it’s ironically missing any magic that would allow the story to sing. The plot feels too big for any of the filmic elements and uninspired directing prevents us from ever truly feeling drawn into the story. Tuma and Marquis do the best with what they have, but the heavy lifting often feels conspicuous and occasionally embarrassing. The film itself feels a bit messy, like a first draft in need of numerous smaller revisions. Some low-budget films are able to capture their stories in a way that transcends the limitations of their small budgets. But FLEE THE LIGHT never quite finds its magical spark. Despite some great performances and the best of intentions, there’s little light to be found.

FLEE THE LIGHT screened at Toronto Indie Horror Festival, The Great Canadian Horror Film Festival, and Blood In The Snow Film Festival in 2021. It is not yet available to stream.