The 2022 edition of New York City’s best horror film fest has an especially exciting lineup, and we’ve got the first round of titles, with photos.

Running October 13-20 at the Nitehawk Cinema Williamsburg and Williamsburg Cinemas, and presented by Shudder, this year’s Brooklyn Horror Film Festival has made its killer first-wave announcement. The films include four world premieres, new movies by Lorcan Finnegan (VIVARIUM, WITHOUT NAME), Joe Begos (THE MIND’S EYE, VFW) and Joko Anwar (SATAN’S SLAVES, IMPETIGORE), the Fantasia favorites MEGALOMANIAC (pictured above) and THE HARBINGER and many more. There will also be the major repertory program The Gates of Hell and Beyond: A Lucio Fulci Retrospective, featuring screenings of THE BEYOND (a new 4K restoration with a fresh score by Fabio Frizzi), A CAT IN THE BRAIN, CITY OF THE LIVING DEAD (in 35mm), DON’T TORTURE A DUCKLING, THE HOUSE BY THE CEMETERY, MANHATTAN BABY, THE NEW YORK RIPPER and ZOMBIE, plus the live Miskatonic Institute of Horror Studies event A Splinter in the Eye, a Cat in the Brain: The Films of Lucio Fulci, hosted by author/artist/podcaster Tenebrous Kate.

Festival badges are now on sale here, with a limited number of individual tickets becoming available next month. Details on the first round of movies follow: NOCEBO
Opening Night Film/East Coast Premiere
Ireland, 2022; 97 Min.; Dir. Lorcan Finnegan
Successful fashion designer Christine (Eva Green, PENNY DREADFUL) is plagued by a baffling ailment that causes a myriad of issues including paralyzing muscle spasms, memory loss and terrible hallucinations. Much to her surprise, a mysterious Filipino caretaker named Diana arrives on her doorstep claiming Christine hired her to help with the house. When Diana begins to use traditional folk remedies to heal Christine, she causes a rift between her and her husband Felix (Mark Strong, 1917, THE KINGSMAN franchise) and slowly unravels the disturbing truth behind Christine’s illness. Brooklyn Horror is proud to welcome back Lorcan Finnegan to the fest, director of eco-horror WITHOUT NAME (BHFF 2016 Best Feature winner) and psychological thriller VIVARIUM. Based on the Nocebo Effect—the idea that negative thinking will lead to negative results—NOCEBO is a mind-bending folk horror stunner with haunting real-world implications. 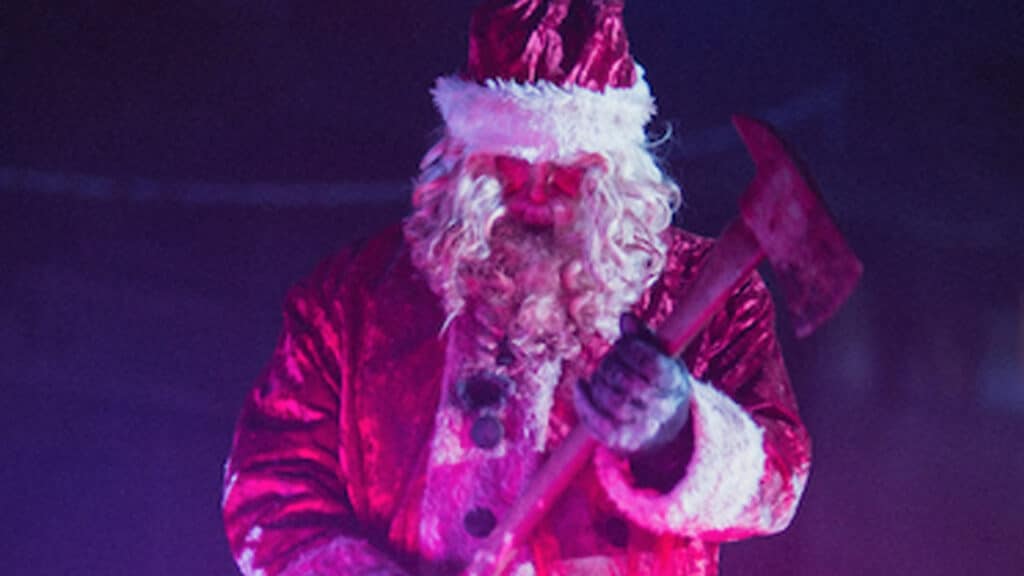 CHRISTMAS BLOODY CHRISTMAS
East Coast Premiere
USA, 2022; 81 Min.; Dir. Joe Begos
All that record store owner Tori wants to do this Christmas is drink and hook up—simple enough, right? Apparently not, thanks to a decorative, human-sized robotic Santa Claus that’s come to life for a nonstop rampage of murder and destruction. Picking up where he left off with his 2019 double bill of BLISS and VFW, modern exploitation maven Joe Begos returns with a relentless and stylish Yuletide adrenaline rush that’s part slasher and part ode to ’80s techno sci-fi/horror like THE TERMINATOR. 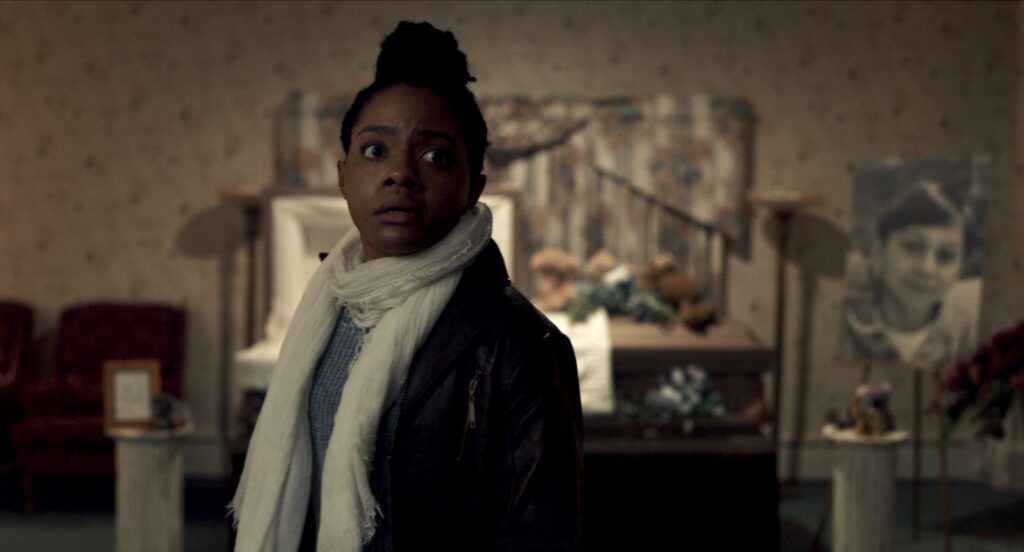 THE HARBINGER (reviewed here)
East Coast Premiere
USA, 2022; 86 Min.; Dir. Andy Mitton
While quarantining outside the city with her brother and father at the height of COVID, Monique defies their stay-at-home wishes to visit an old friend in Queens who’s suffering from nightmares of a plague-mask-clad demon. Before long, the demon latches onto Monique, sending her already-present fears and anxieties about COVID into hyperdrive. Writer-director Andy Mitton (THE WITCH IN THE WINDOW) delivers a haunting and clever look at our traumatic, collective pandemic experience through a supernatural, ELM STREET-tinged lens. An XYZ Films Release.

JETHICA
New York Premiere
USA, 2022; 70 Min.; Dir. Pete Ohs
An impromptu reunion between old high school friends Jessica and Elena (Callie Hernandez, BLAIR WITCH) in New Mexico is rudely interrupted by the implausible arrival of Jessica’s relentless stalker with a lisp, Kevin (Will Madden, THE WOLF OF SNOW HOLLOW). Super-funny yet highly respectful of its serious subject matter, this paranormal comedy/noir-thriller hybrid represents the combined creative efforts of the main cast, who helped devise the script as they went along. An exciting example of indie filmmaking ingenuity. 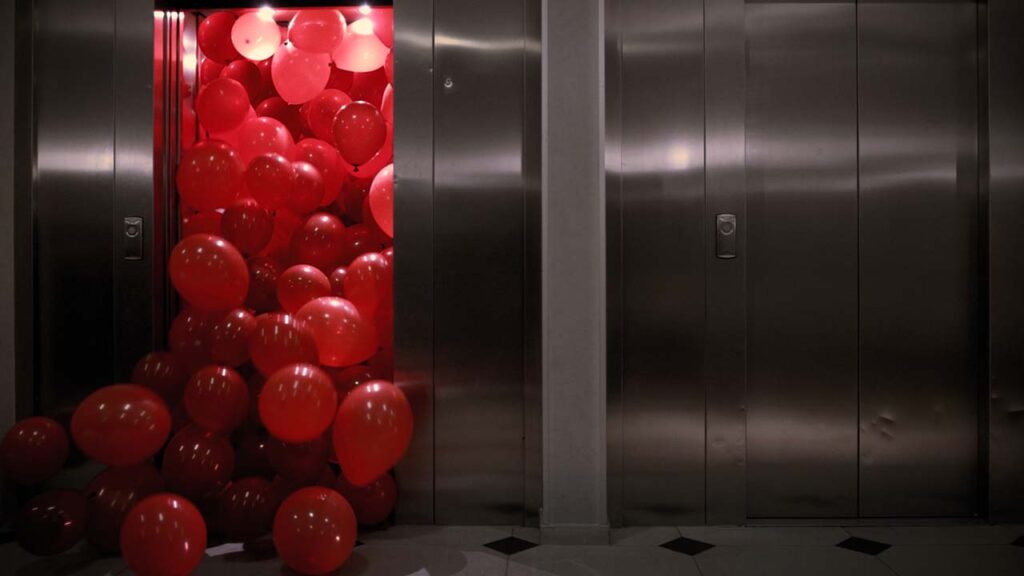 KING ON SCREEN
East Coast Premiere
USA/France, 2022; 105 Min.; Daphné Baiwir
It’s no mystery that horror literature icon Stephen King has also been the engine behind some of the genre’s most memorable films, from THE SHINING to CARRIE, MISERY and the recent one-two punch of IT. In this insightful and engaging documentary, filmmaker Daphné Baiwir sits down with several of the directors behind your favorite King adaptations, including Frank Darabont, Mike Flanagan, and Mick Garris, to examine why the legendary author’s works translate so well into visual form. 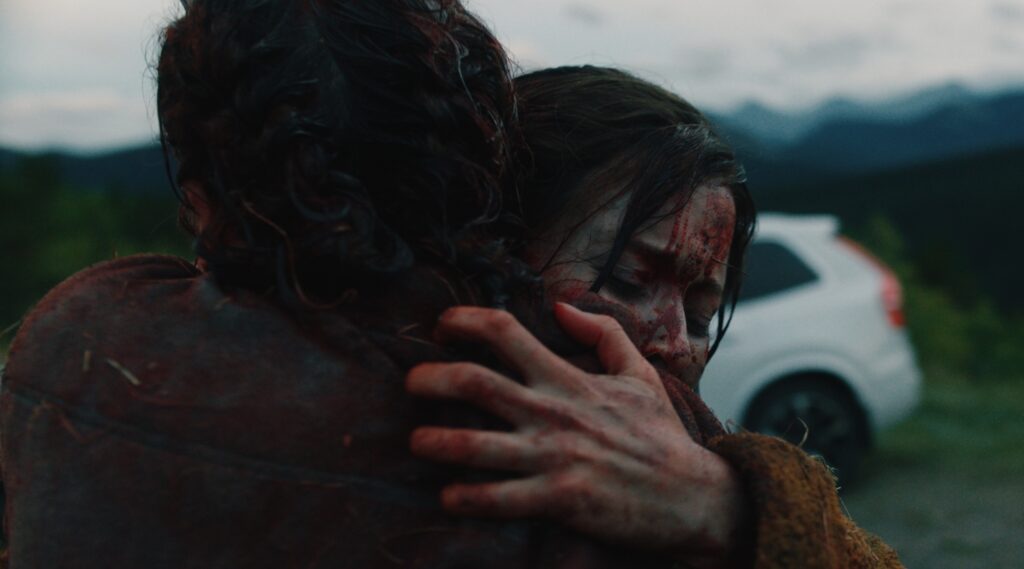 MEGALOMANIAC
U.S. Premiere
Belgium, 2022; 100 Min.; Dir. Karim Ouelhaj
An uncompromising vision exploring the grimiest recesses of humanity, MEGALOMANIAC presents a tale of darkness in its many fucked-up forms. With undeniably stunning composition, violence, and performances, director Karim Ouelhaj shows off his next-level craftsmanship with this toolbox of horrors inspired by the true-life and never-caught Belgian serial killer, The Butcher of Mons. 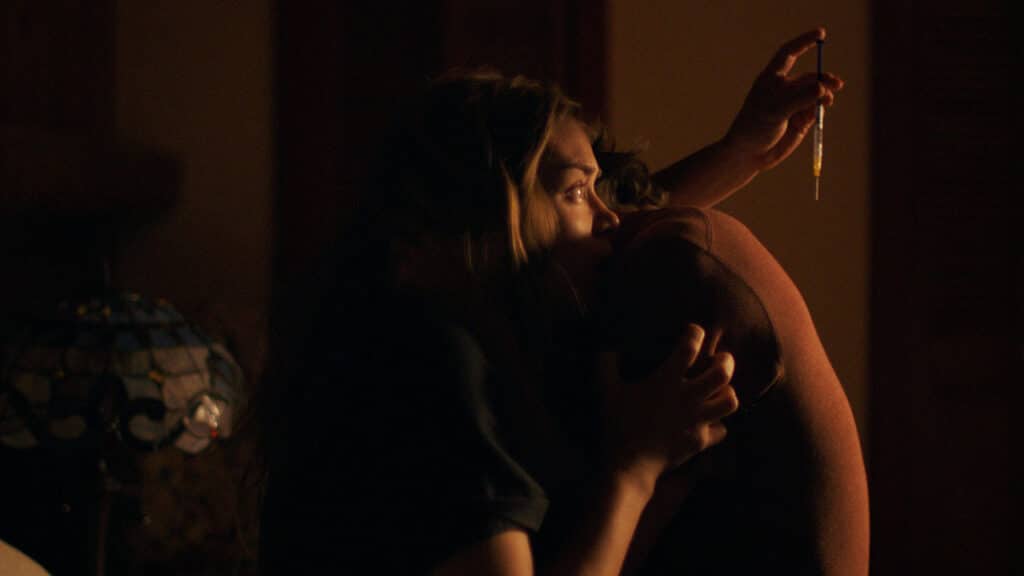 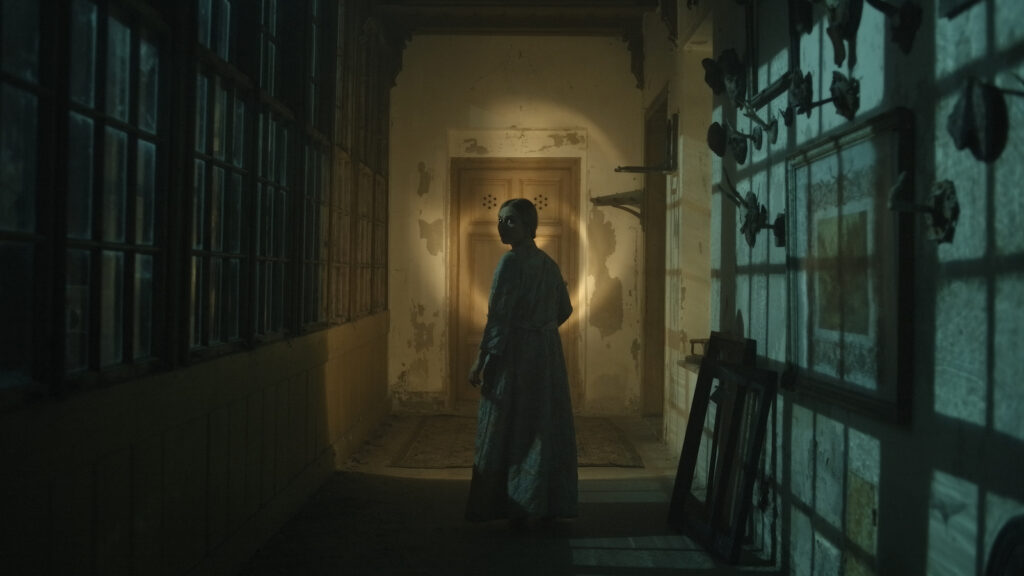 MOTHER SUPERIOR
International Premiere
Austria, 2022; 71 Min.; Dir. Marie Alice Wolfszahn
Sigrun Fink, an anesthesiologist-in-training, agrees to work as in-home nurse for an aging baroness in her dilapidated manor. The old woman, once director of an Aryan maternity ward, might be able to help Sigrun locate her real parents–a mystery she’s been tormented by her entire life. Although answers quickly begin to reveal themselves, they come at a high price, one of dangerous folk magic and insidious occult ideals. From the incredibly stylish opening credits to the gorgeous Gothic imagery and dynamic storytelling, you’d never guess this is director Marie Alice Wolfszahn’s first feature. A remarkable debut. 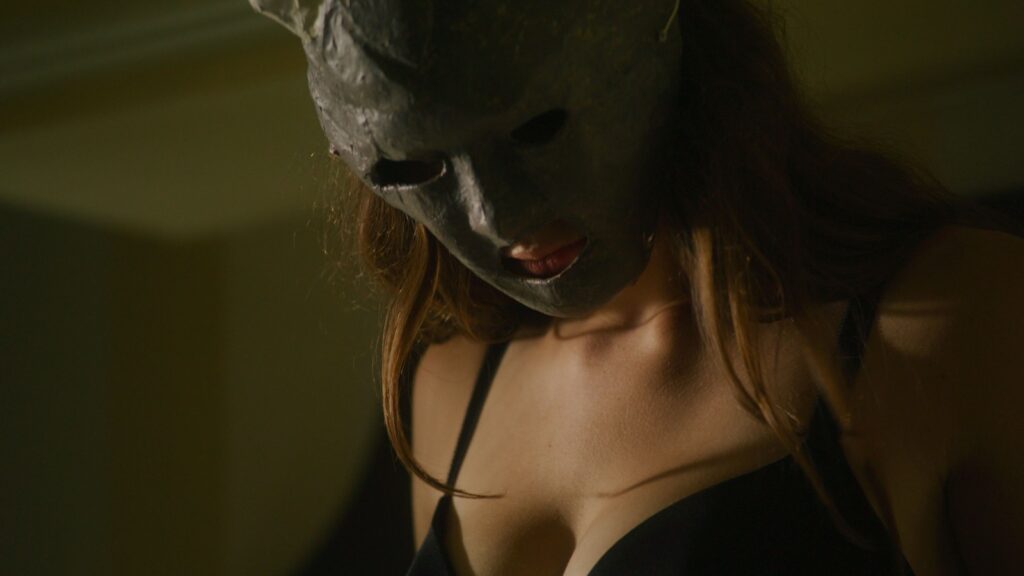 OLD FLAME
World Premiere
USA, 2022; 91 Min.; Dir. Christopher Denham
A horrible secret from the past can no longer be contained when two ex-lovers meet up at a college reunion. Tension mounts and slowly builds over a series of conversations told in a theatrical three-act structure before boiling over into violence. Accomplished actor Christopher Denham (SHUTTER ISLAND, ARGO), directing for the first time since 2014’s PRESERVATION, puts truth, memory, and perspective dangerously into question in a compelling and challenging two-character thriller. 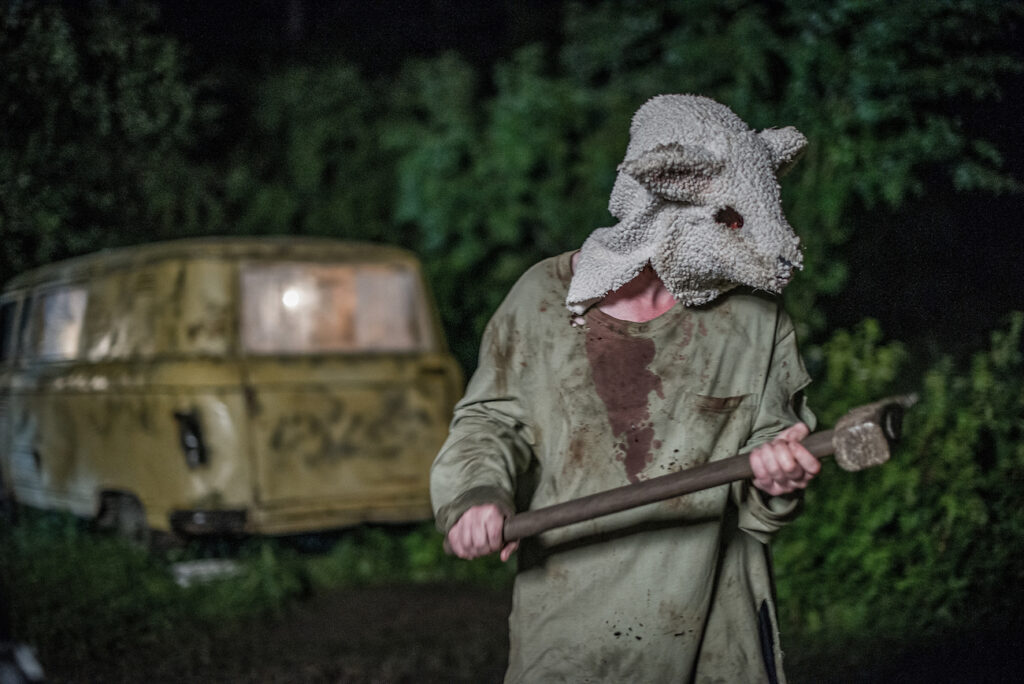 REPULSE
North American Premiere
Czech Republic, 2022; 86 Min.; Dir. Emil Křižka
The lives of two families with nothing in common–other than heavy emotional dysfunction–randomly collide and spiral into a web of abduction, filth, terror, and death in this disturbing and unique knockout. With its minimal dialogue and off-kilter lack of narrative chronology, writer-director Emil Křižka’s stunning mystery box of a debut upends familiar tropes and horror imagery as it seeps into your mind and leaves its grimy mark. It’s the kind of discovery that film festivals are all about. 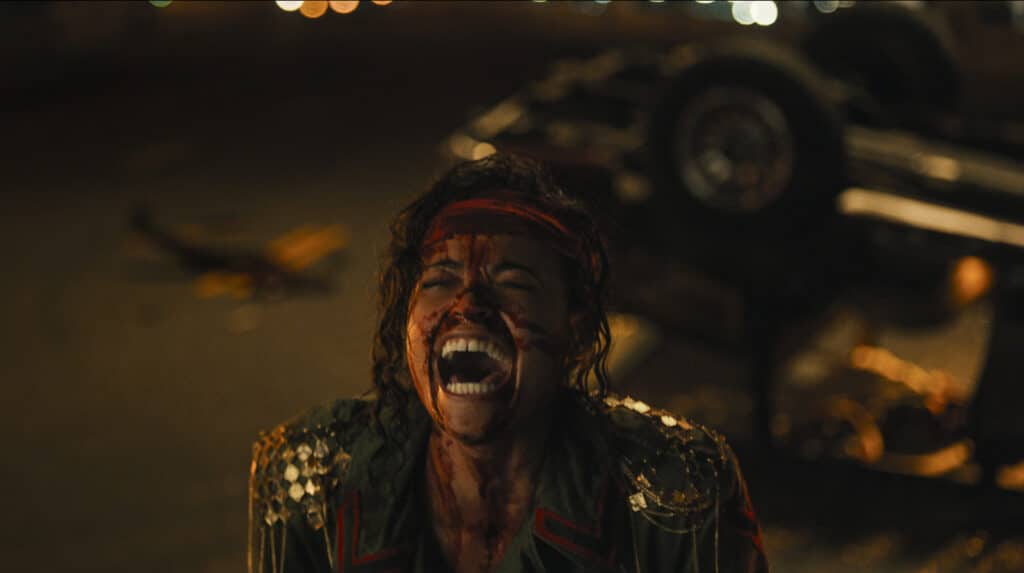 SATAN’S SLAVES 2: COMMUNION
North American Premiere
Indonesia, 2022; 119 Min.; Dir. Joko Anwar
In this direct sequel to his terrifying instant classic SATAN’S SLAVES (2017), director Joko Anwar re-introduces us to the same family now living in a doomed high-rise apartment building. After a night of terrible floods traps them inside, the dead return to terrorize them once again. Anwar continues to build out an exciting mythology with this gory and demented follow-up that is appointment viewing for all fans of the current wave of Indonesian horror. 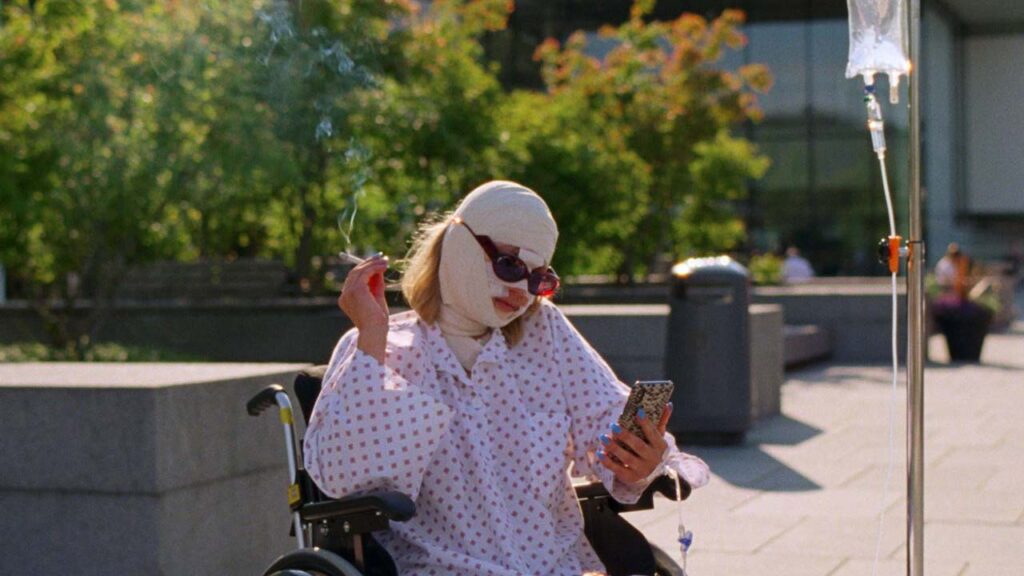 SICK OF MYSELF
New York Premiere
Norway, 2022; 97 Min.; Dir. Kristoffer Borgli
Everything in their relationship is a competition for Signe (Kristine Kujath Thorp, NINJA BABY) and her boyfriend Thomas. When Thomas finds success in the modern art world, Signe scratches for a way to put the spotlight back on herself. She finds her answer in sympathy baiting, ultimately landing on a new pill with a dangerous side effect. Body horror by Trojan horse, SICK OF MYSELF sees the fantastic Norwegian actress Kristine Kujath Thorp create a literal attention-seeking monster. A must-see. A Utopia Distribution Release. 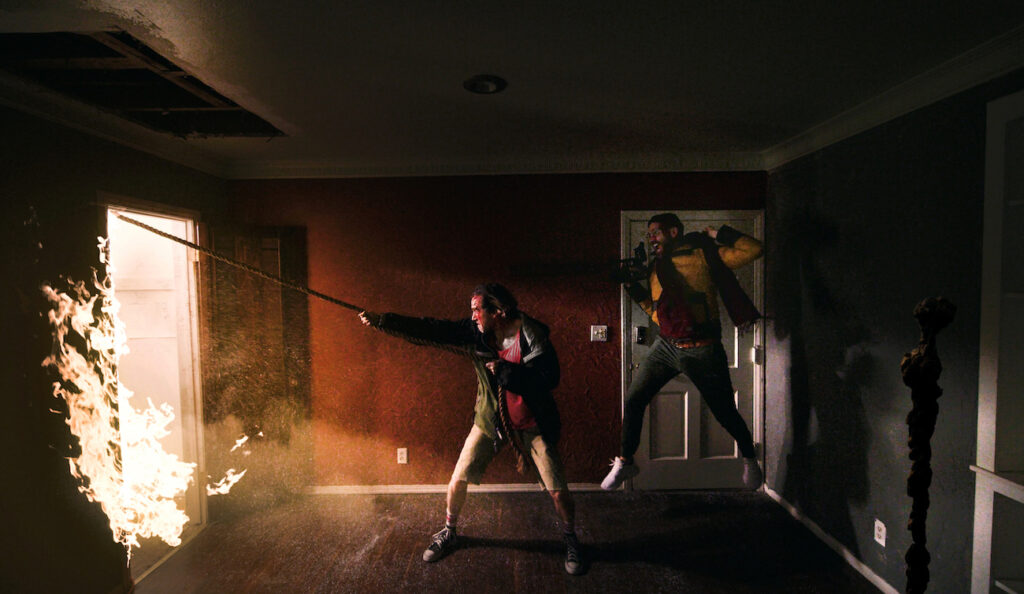 SOMETHING IN THE DIRT (reviewed here)
New York Premiere
USA, 2022; 116 Min.; Dir. Justin Benson, Aaron Moorhead
Two neighbors in a future Los Angeles join forces to record and document an otherworldly phenomenon taking place in one of their apartments. Now major players in the Marvel Universe sandbox, genre-film darlings Justin Benson and Aaron Moorhead (SPRING, THE ENDLESS) have returned to their independent sci-fi roots, adding another cosmic mindfuck to their resume. An XYZ Films Release. 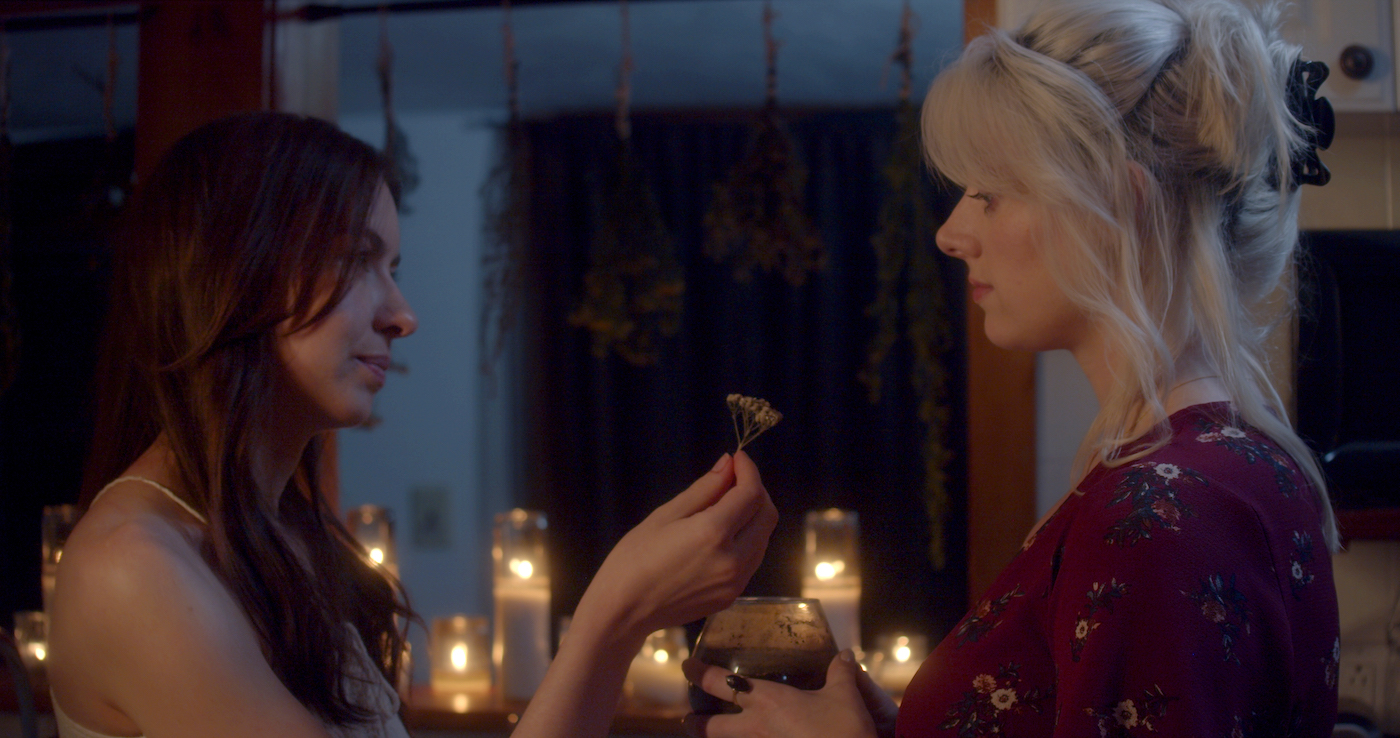 The complete lineup of features, short films, repertory and other events will be unveiled in mid-September.