Bronsploitation meets horror meets a coming-of-age story in the movie set to roll this summer.

Robert A. Masciantonio, who directed the psycho-horror film NEIGHBOR and the New Jersey vampire opus COLD HEARTS, is gearing up to helm THE BEAST COMES AT MIDNIGHT on locations in the Tampa, Florida area this coming July. Ed McKeever, who’s producing with Todd Oifer, and Michael Ashley McKeever wrote the script, and ghe latter is also starring with Kylissa Katalinich, Kyle Oifer and Robert Bronzi, the dead ringer for Charles Bronson from DEATH KISS and ONCE UPON A TIME IN DEADWOOD. The story is set in Gibsonton, FL, a real-life winter retreat for carnival and sideshow workers, and according to the official synopsis, “The movie revolves around a young podcaster [McKeever] who has a penchant for investigating paranormal phenomena, serial killers and conspiracy theories. He discovers his town is under attack by a flesheating beast that hunts during the full moon! Nobody believes him, except a popular cheerleader [Katalinich] and a sideshow fortune teller [Bronzi] hiding his past as a Cold War-era monster hunter.”

“The script came across my desk at the perfect time!” Masciantonio tells RUE MORGUE. “I have teenage kids now and would like to make a movie they can watch. Ed McKeever’s story reminds me of movies I loved growing up like SILVER BULLET, THE MONSTER SQUAD and even a little WARGAMES. I’m going to do a draft of the script that will bring me back to my ‘old days,’ which I’m looking forward to. We’re going for a fun, summer PG-13 vibe, so it will certainly be interesting pulling the reins in on the gore.”

Nonetheless, he promises there will be plenty of monster action. “The special effects are going to be old-school, practical and helpful for the actors, which is going to be a blast. I think the biggest challenge is going to be for the guy wearing the werewolf suit in July’s Floridian heat!”

He’s looking forward to collaborating with Bronzi as well. “I’m a big fan of the later DEATH WISH movies–they just get more fun as they go–and 10 TO MIDNIGHT, that era Bronson, and am excited to work with the guy who looks exactly like him. He carries that vigilante vibe and is mysterious enough on his own to bring one of the bigger characters in the script to life. After some time away from directing, THE BEAST COMES AT MIDNIGHT is an ideal project for me to have some fun and make an ultra-entertaining flick!”

Check out a piece of production art by Steve Gray below the poster, stay tuned for updates and find out more at the movie’s official website and Facebook page. 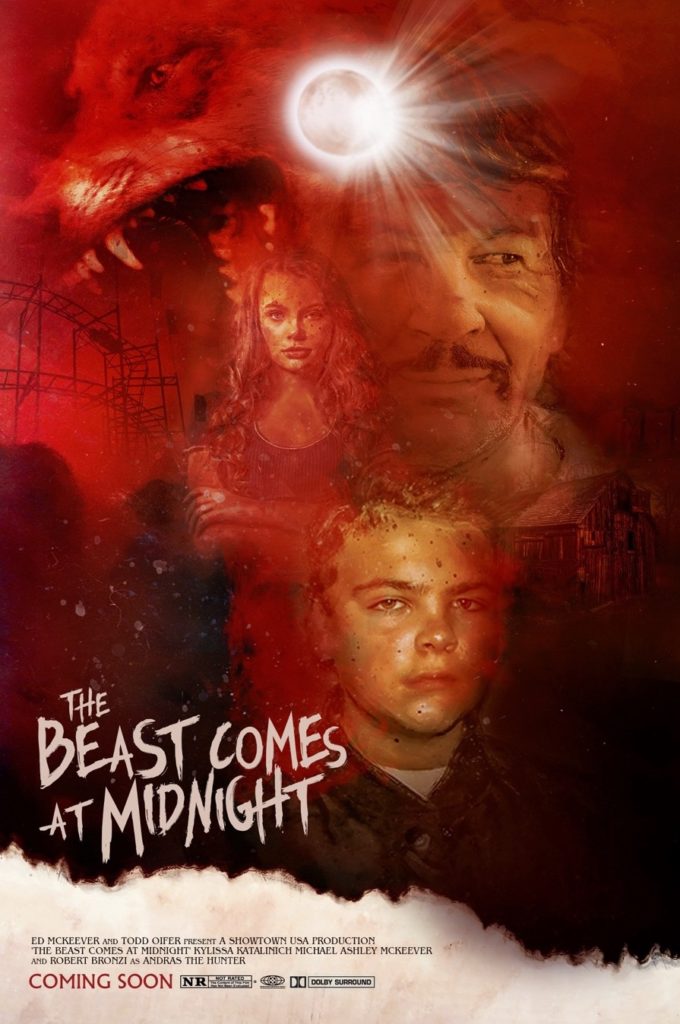 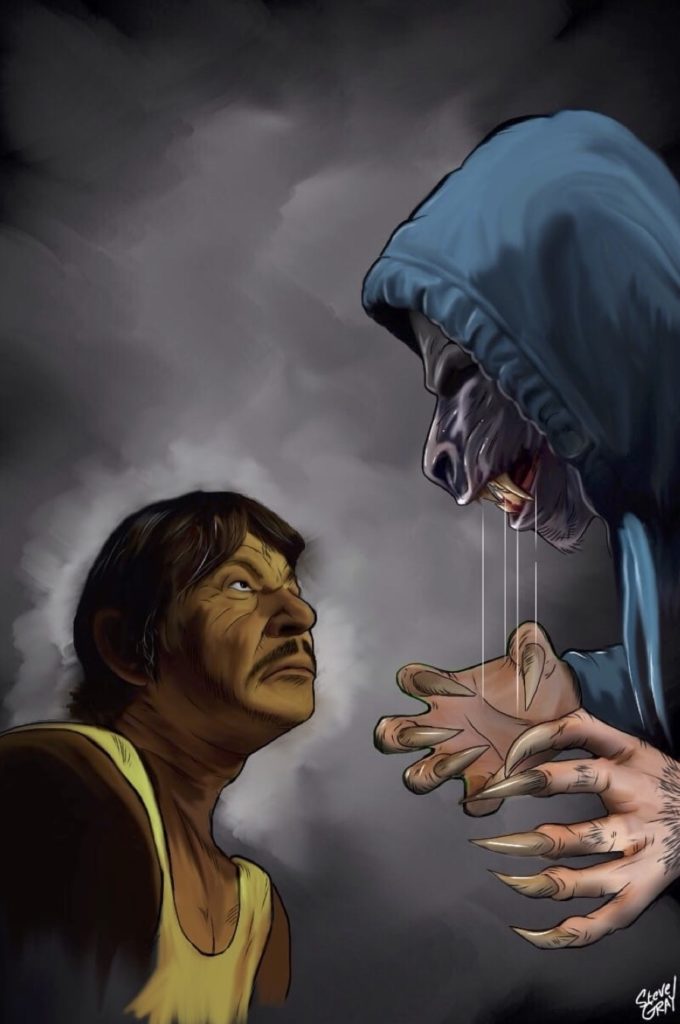