When Pollyanna McIntosh brings her writing/directing debut DARLIN’ to the Fantasia International Film Festival on Monday, July 15, it will be the Canadian unveiling of her third turn as a character created by iconic horror author Jack Ketchum, a.k.a. Dallas Mayr. Here, she reminisces about her personal and professional relationship with the late writer.

DARLIN’ sees McIntosh reprising her role as The Woman, a feral killer who first appeared on screen in 2009’s THE OFFSPRING, and who has been raising the teenage title character (Lauryn Canny) in the woods. After the Woman drops her at a small-town hospital, the mute Darlin’ winds up at a Catholic girls’ school whose corrupt Bishop (Bryan Batt) intends to use Darlin’ for his own ends. But Darlin’ doesn’t civilize easily—and hell hath no fury like the Woman scorned…

McIntosh received her first exposure to the author thanks to prolific independent horror producer Andrew van den Houten, who had cast McIntosh in his directorial debut HEADSPACE and was preparing to follow that up with an adaptation of Ketchum’s sequel to his notorious OFF SEASON. “The first book of Dallas’ that I read was OFFSPRING, and that was because Andrew sent it to me and said, ‘Read this,’ ” she recalls. “I did and got very excited, and asked Andrew if this meant he thought I could play the character of The Woman when he made the film, and he said yes. That was the first time I was ever just offered something without an audition. This must have been about 10 years ago. I got to meet Dallas because he played a paramedic for a scene in OFFSPRING, but it was really during THE WOMAN, when he and Lucky McKee collaborated on the script for that film—and also the novel—that I really got to know Dallas well.” 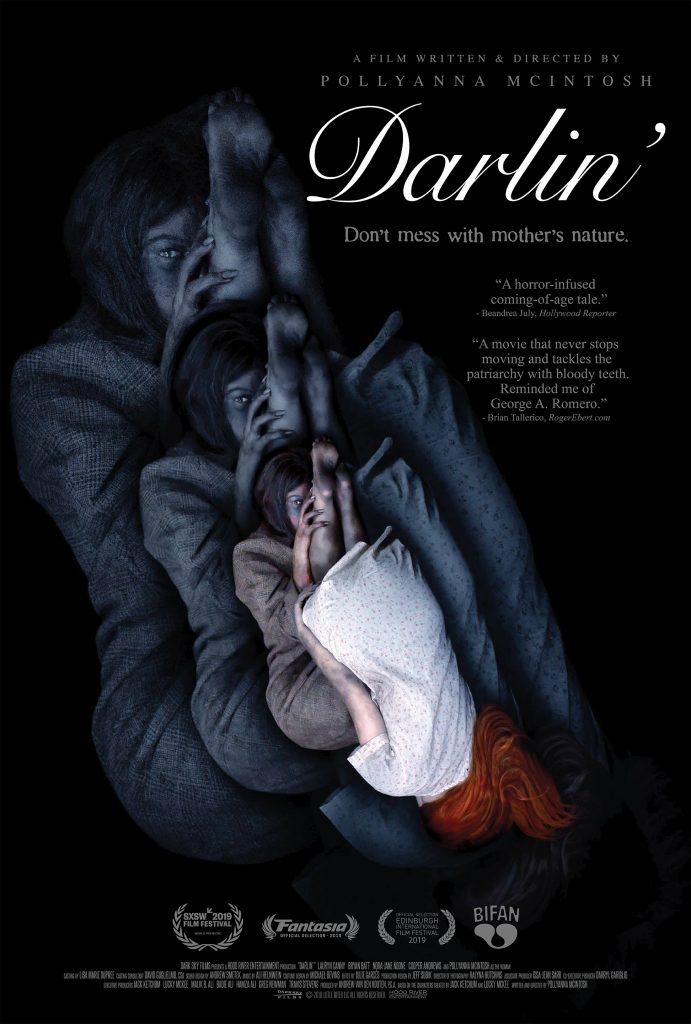 Directed by McKee, THE WOMAN puts the eponymous character front and center while largely confining her to a filthy basement—a captive of a suburban husband and father who self-righteously believes he can tame her. Needless to say, such is very far from the case. The film gave McIntosh the opportunity to turn her supporting villain from OFFSPRING into a full-blooded (in both senses of the word) character, and Ketchum was one of her key boosters from the start.

“It was so touching; after I did OFFSPRING, he sent me an e-mail—as he was known to do, so kindly and supportively—telling me how happy he was with my performance in the film, and how I’d really brought her to life and he couldn’t imagine it being done any other way. It was so thoughtful and considerate, so by the time I really got to know him on THE WOMAN, I already knew what kind of man he was, and we had so much fun. He just loved artists, loved filmmaking and seeing his work come to life, and he truly appreciated seeing what everyone else could do, from the people doing the effects to the people doing the catering! He wanted to know about people and he wanted to connect, and that’s one of the things I loved and related to about him. We just hung out and had a good time and drank whiskey together, and talked about the world and life and told stories. I know much Lucky got out of his working relationship with Dallas as well, which was so special to me. So it was a great loss when he died, but I also know fully he experienced life.”

Ketchum died in January 2018 after a long battle with cancer, and never got to see the final realization of McIntosh’s take on his enduring antiheroine. DARLIN’ is the first of the Woman trilogy based neither on his source material nor on his own scripting efforts, with McIntosh integrating a caustic view of the Catholic Church and its abuses for the first time in the series. “The Ketchum novels never spoke about religion, and Dallas was quite strong about that,” she says. “But for my continuation of the story, I wanted to talk about religion and explained to him why I wanted to do so, how that theme was still relevant and it was important to give power back to those who needed it. We discussed this extensively, because at first he was like, ‘I don’t write about religion,’ and I said, ‘Dallas, you’re not writing this one,’ you know? ‘What do you think about me doing it?’ And he gave me his blessing.”

The author supported her project with his presence as well, and McIntosh remembers the last time she saw him. “He came onto the DARLIN’ set about a month before he passed away. He was obviously very unwell, and the fact that he traveled from New York to Louisiana, where we were shooting, was so special. I knew he wanted to be there, and the fact that he could make it was such a joy. He was diminished somewhat physically, but his smile was bigger than ever, and it was great to see him looking so pleased with the whole situation.”