Exclusive trailer will “OPEN YOUR EYES” to new psychochiller

No relation to the same-named Alejandro Amenábar film, it’s described as “THE SHINING meets THE DARK HALF.”

Gravitas Ventures releases OPEN YOUR EYES on VOD, Blu-ray and DVD June 1. Written and directed by Greg A. Sager, it stars Ry Barrett (THE HERETICS, THE DEMOLISHER) and Joanna Saul. The synopsis: Jason Miller [Barrett] dives head first into his newest screenplay in an attempt to avoid dealing with a traumatic experience. With his mental state teetering on the edge, he meets Lisa [Saul], his neighbor from down the hall, and a relationship begins to form. As he becomes more intrigued with Lisa, Jason continues to burn the midnight oil to finish his script, strange and mysterious things begin to happen, causing him to question everything. With his mind unraveling and his life spinning out of control, Jason struggles to hold onto the one thing he wants most, hope.” 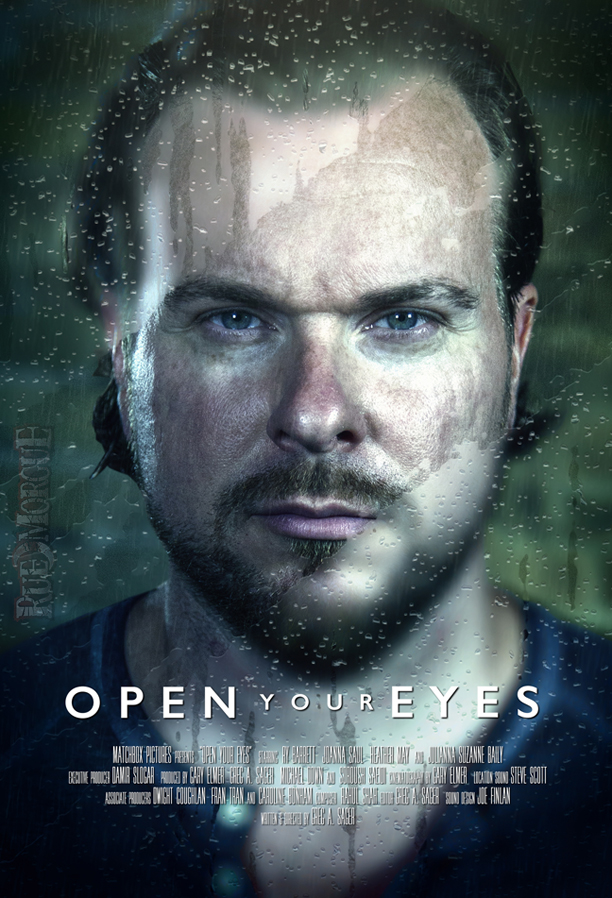