The new documentary reveals how microbudget auteurs bring their most horrific visions to the screen.

Filmmakers Paul Hunt and Julie Kauffman of Lonfall Films have completed THE BRILLIANT TERROR, and are in the process of getting it out on the festival circuit. The duo have spent seven years shooting interviews and on-set footage for this project; the synopsis: “It’s not just about blood and boobs, zombies and vampires. Through behind-the-scenes footage and intimate interviews, the forthright unknowns of the microbudget horror community reveal why the genre is important to them and show the joyous, obsessive, creative lengths to which they go to put their personal fears on screen. Covering subgenres from slasher to PG-13 ghost parody to classic monsters, each filmmaker has their niche and particular viewpoint.” 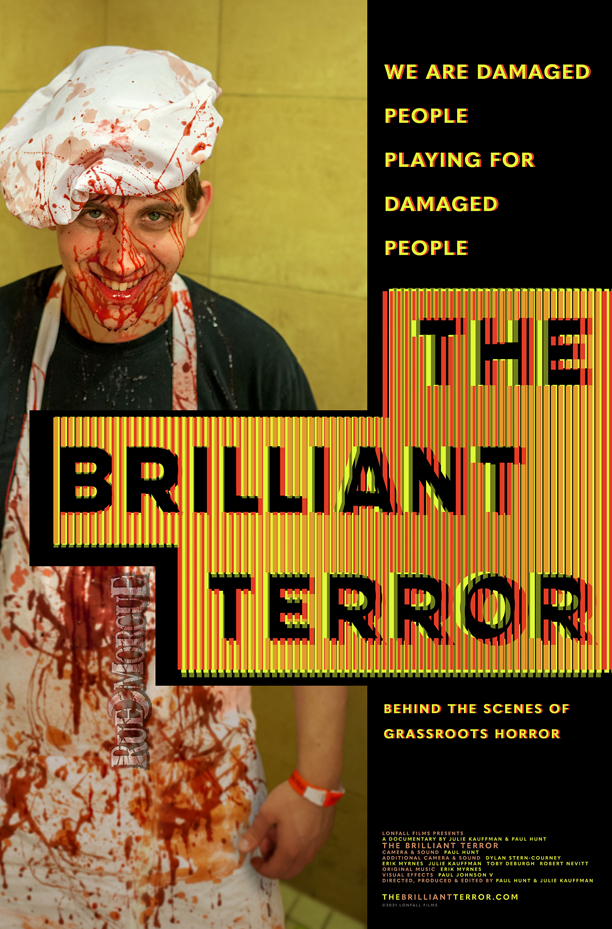