The chronicle of Canada’s infamous serial murderer will first be unveiled in Australia.

We first told you about PIG KILLER here, and now writer/director Chad Ferrin has given us the first look at promo materials (including a poster by Nenad Gucunja), with the news that the movie will have its world premiere on Friday, September 9 at the 16th Sydney Underground Film Festival. Tickets to the screening can be purchased here. “I’m thrilled to have the birth of PIG KILLER Down Under,” Ferrin tells us. “A premiere is like the night before Christmas, waiting to open that big present under the tree, pulse pounding with anticipation of what’s inside that fabulously wrapped gift–will it be your heart’s desire or a lousy sweater?” 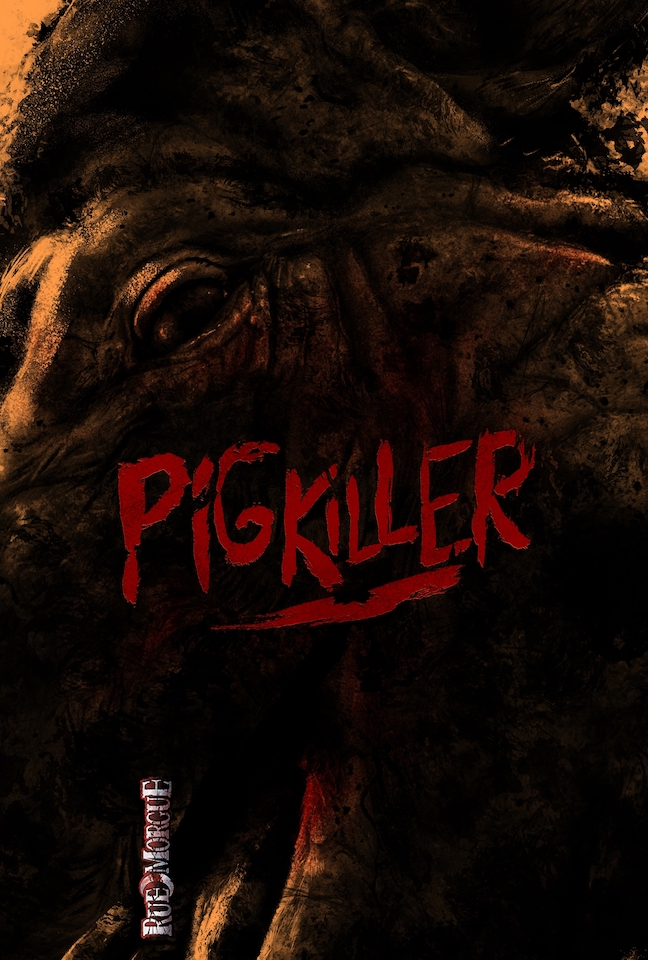