The indie supernatural chiller has just finished up the editing process.

Writer/director Adam Freeman gave us the exclusive first look at the preview for DEADLY DEALINGS, in which he also co-stars. The cast additionally includes Roni Jonah, Stephen McGill, Helene Udy (MY BLOODY VALENTINE), Conor McCarthy, Dixie Gers, Joe Casterline, Jessa Flux, Brian Dorton and Douglas Conor. The synopsis: “Mary [Jonah] misses her brother Hank [McGill] and yearns to have him back in her world. Her life has been full of regret since that fatal night. Haunted by nightly visions, she would give anything to make peace with her brother and return to a ‘normal’ life. Mary’s roommate and best friend Milo [Freeman] offers the chance to speak to her brother again with the assistance of a spirit board, and she reluctantly accepts. The nightmares grow more intense until she strikes a deal with her dreams and wakes up gasping. What sinister entity has been unleashed?” The special effects were created by Deryk Wehrley, and the score is currently being created by Vestron Vulture. 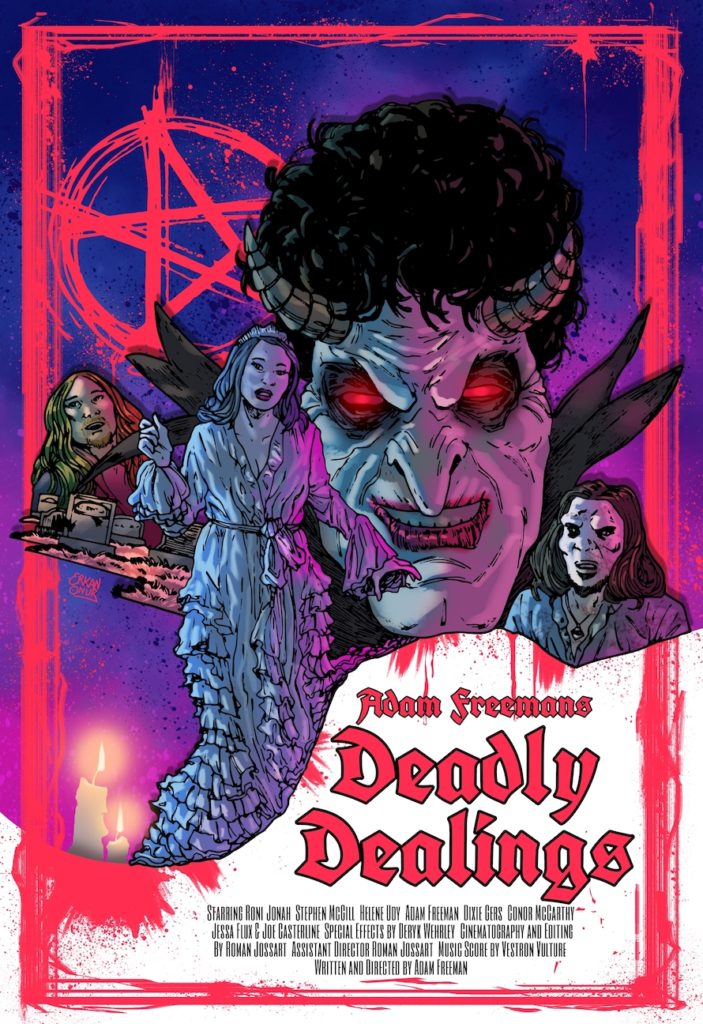