The fright veteran has a new disguise and a fresh set of victims to stalk.

WithAnO Productions gave us the first look at the trailer for KILL HER GOATS, featuring Kane Hodder as the murderous “Goatface.” Steve Wolsh wrote, produced and directed the movie, which we previously reported on here and co-stars Arielle Raycene, Ellie Gonsalves, Monica Sims, Dani Mathers and Amberleigh West, with practical creature effects and gore by Ben Bornstein (RESURRECTION, NANNY). The synopsis: “Audra’s graduation gift is her dream house, but it soon becomes a living nightmare when some uninvited guests come to her homecoming party who aren’t very subtle about the fact they don’t approve of the home’s new owner.”

KILL HER GOATS will be released in a limited-edition Steelbook 4K UHD/Blu-ray set with additional collectibles that is estimated to ship March 1, and can be pre-ordered at the movie’s official website. A soundtrack album, Christmas ornament (!) and other merch can be purchased there as well. 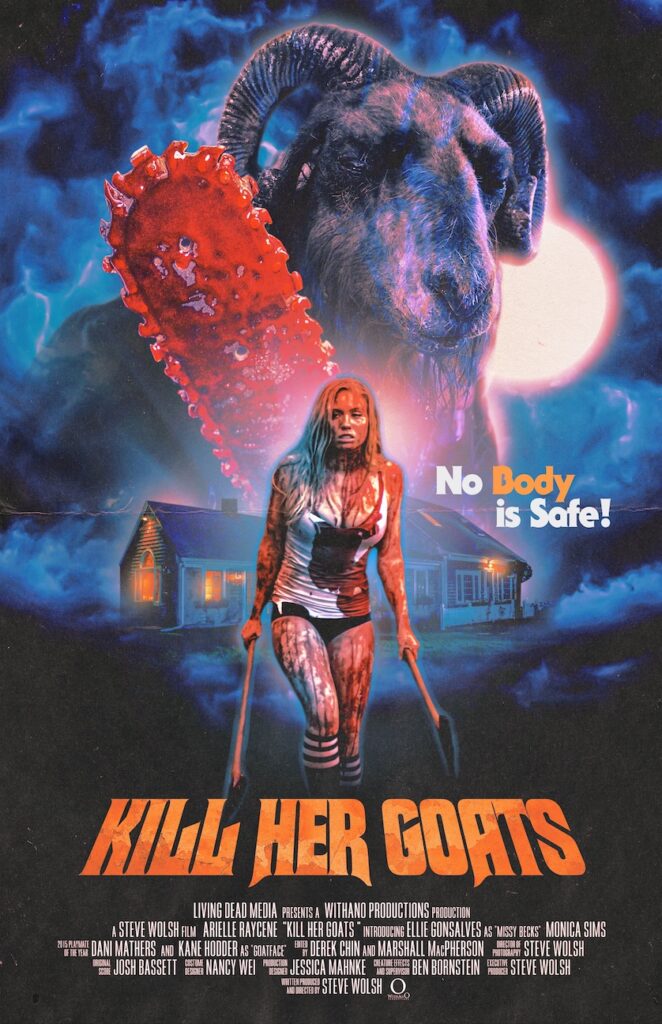