The reality-bending chiller is beginning its festival tour this month.

Writer/producer Jennifer Mancini gave us the first look at the trailer for FLEE THE LIGHT, which we first told you about here, with the word that it will play the Great Canadian Horror Film Festival (which takes place September 30-October 3) and the Toronto Indie Horror Festival (running October 6-9). The movie stars Annie Tuma, Ariana Marquis, Canadian singer/songwriter Jane Siberry (a.k.a. Issa, who also contributed to the soundtrack), Jamar Adams Thompson and Caroline Raynaud; the synopsis: “A psychology student attempts to cure her sister’s crippling psychosis only to expose them both to its origin: an ancient creature intent on claiming their souls.” 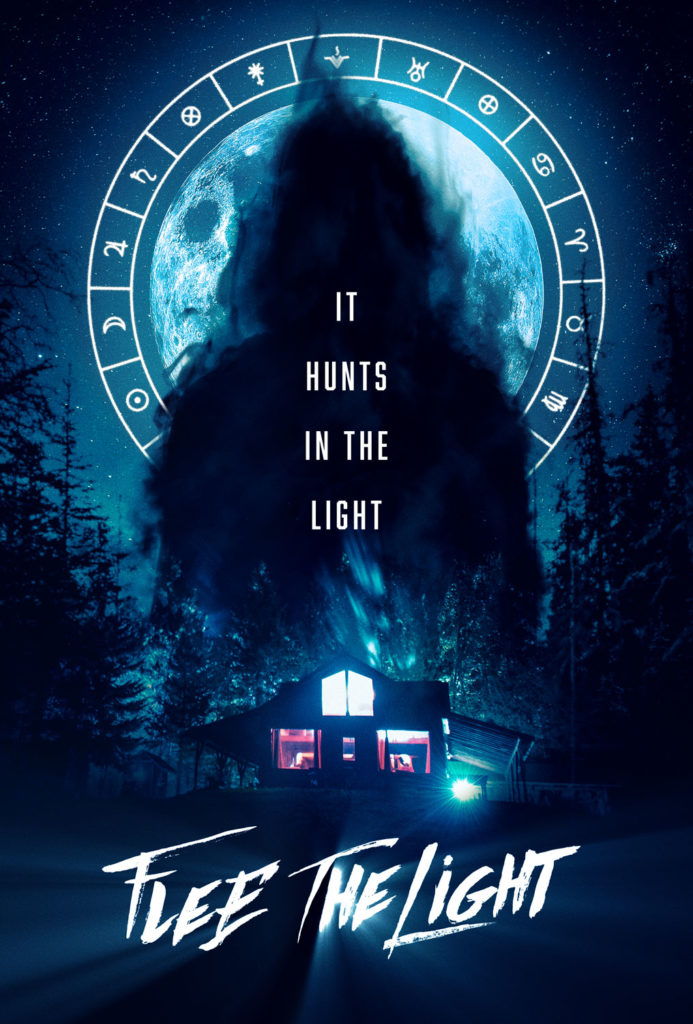