An everyday activity becomes über-scary in the movie coming next month.

Uncork’d Entertainment releases DAWN on digital platforms August 8. Directed by Nicholas Ryan from a script by Ryder Doupe, Dawson Doupé and Todd Tapper, it stars Jackie Moore, Jared Cohn, Sarah French, Michael Paré and Eric Roberts, Gigi Gustin and BUFFY THE VAMPIRE SLAYER’s Nicholas Brendon. The synopsis: “The film tells of an unsuspecting couple that get into a rideshare only to find out that they may have to fight for their lives as the deranged driver puts them through life-and-death situations. Be careful who you accept a ride from, it may be your last.” 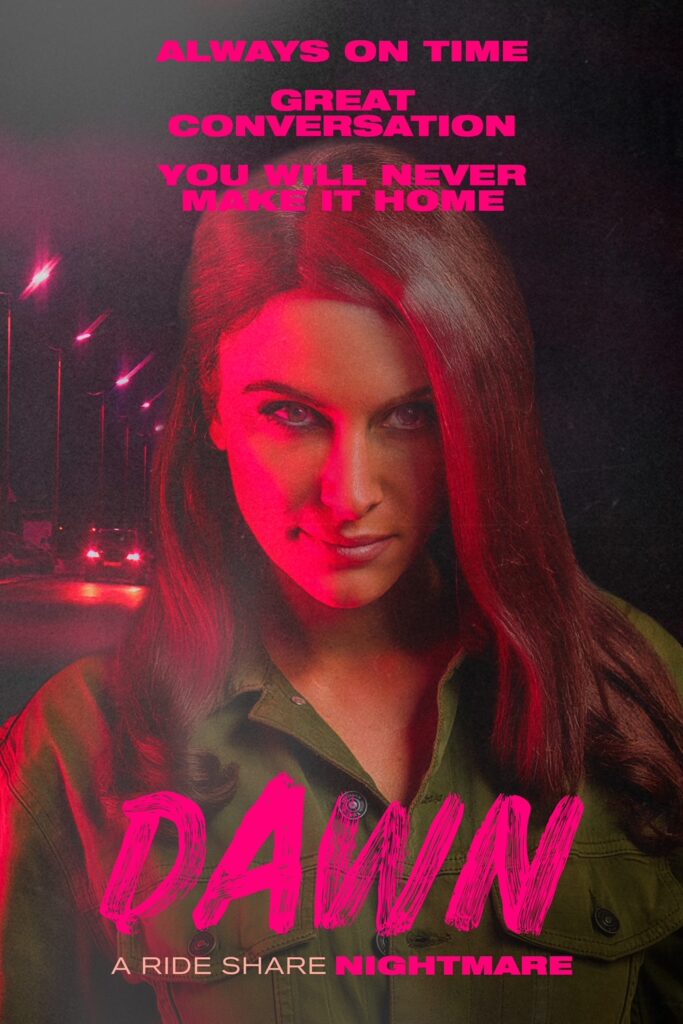