Exclusive trailer and poster: “3 DEMONS” are deadlier than one

There are dark doings in the woods in the supernatural chiller out later this summer.

Uncork’d Entertainment will bring 3 DEMONS to digital and physical platforms July 5. Directed by D.M. Cunningham (THE SPORE) and scripted by Cunningham and Peter Tell, it stars Tell, Haley Heslip, Laura Golinski, Jovonnah Nicholson, Zoë Cunningham and Sherryl Despres. According to the official synopsis, “The film fixes on a deputy that is tasked with watching over the body of a recently deceased woman until her family can arrive and claim her. As his curiosity gets the better of him, he inadvertently concludes an unfinished ritual. The conjuring now complete, strange and sinister forces begin to target him. As his past is unearthed, he’s forced to face his own demons with terrifying consequences.”

“With state-of-the-art visual effects, slick direction from Cunningham, and a great cast, 3 DEMONS has all the right ingredients for a good ol’ scary movie,” said Uncork’d president Keith Leopard. “I’m looking forward to audiences discovering it this summer.” 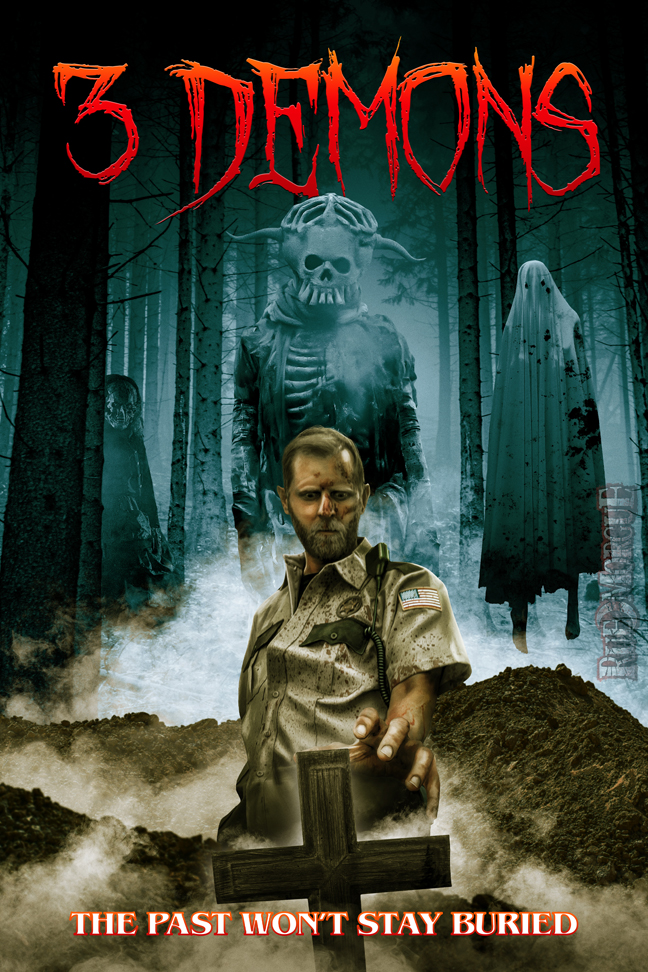