A campsite becomes a place of serious scares in the new creature feature.

Vertical Entertainment releases THE CURSE OF LA PATASOLA to theaters in 10 major markets today, as well as on streaming and other platforms. The Florida-lensed film marks the feature directorial debut of actor/writer AJ Jones; he also scripted with Shaun Mathis from a story he wrote with Daniela Gonzalez. The cast additionally includes Luciana Faulhaber, Patrick R. Walker, Najah Bradley, Gillie Jones, Gonzalez, Jack Young and Mark Pettit. Broadway actress (HADESTOWN) and songwriter Yvette Gonzalez-Nacer wrote and performed the movie’s theme song. The synopsis: “THE CURSE OF LA PATASOLA follows two struggling couples who are haunted by a famed vampiric monster from South American folklore, testing their relationships, morality, and will to survive.”

“THE CURSE OF LA PATASOLA is a character-driven thriller that we feel is going to appeal to a wide audience,” says Vertical’s Tony Piantedosi. “We were drawn to the story, mythology and the way the monster was brought to life—and think fans are really going to enjoy this film.” 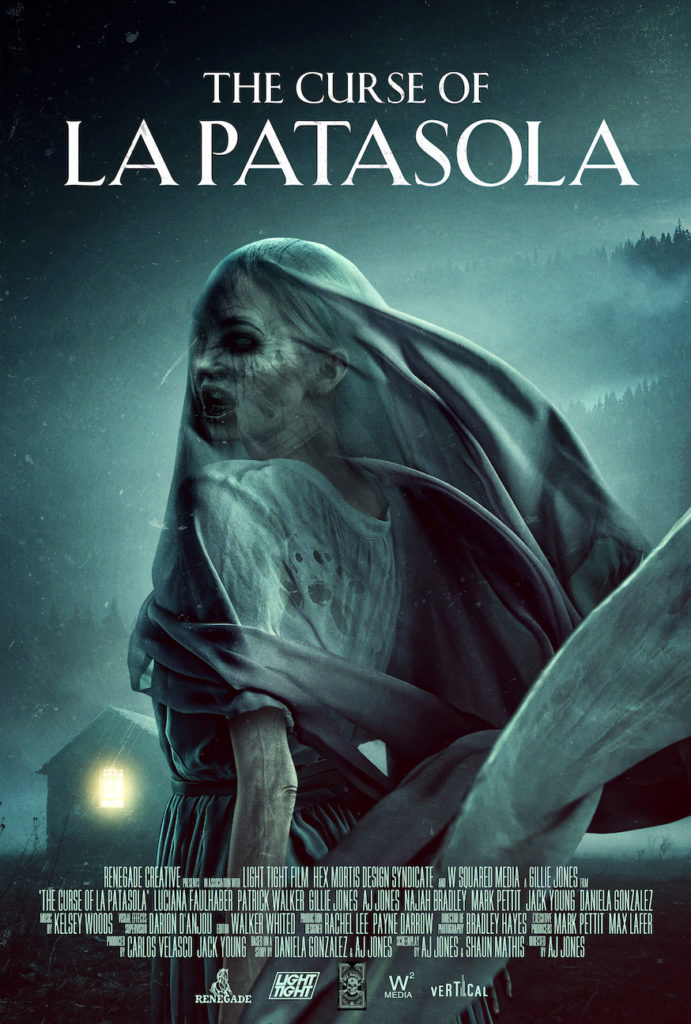