Exclusive “SOME LIKE IT RARE” clip: Who are we having for dinner?

Find out if this French horror/comedy about cannibalism is to your taste.

Currently playing at Alamo Drafthouse Cinemas in New York and Los Angeles, and coming to VOD tomorrow, SOME LIKE IT RARE (originally titled BARBAQUE) was directed by Fabrice Eboué and scripted by Eboué and Vincent Solignac. Éboué also stars along with Marina Foïs, Jean-Francois Cayrey, Lisa Do Couto Texeira, Victor Meutelet, Stephane Soo Mongo, Virginie Hocq and Christophe Hondelatte. The synopsis: “Butchers Vincent [Eboué] and Sophie’s [Foïs] business is going under and their relationship is on the rocks. But their lives are changed forever when Vincent accidentally kills a vegan activist vandalizing their store. To get rid of the corpse, he butchers the body and Sophie accidentally sells the meat. Never has their product been more successful with their customers, to the extent that they just might be tempted to kill again…” 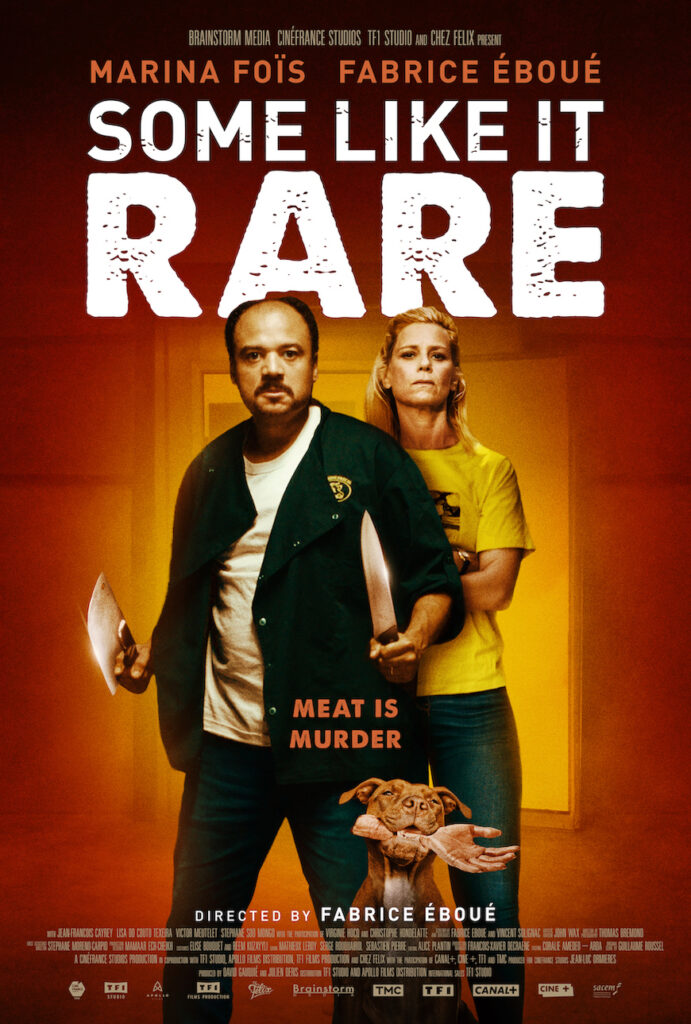