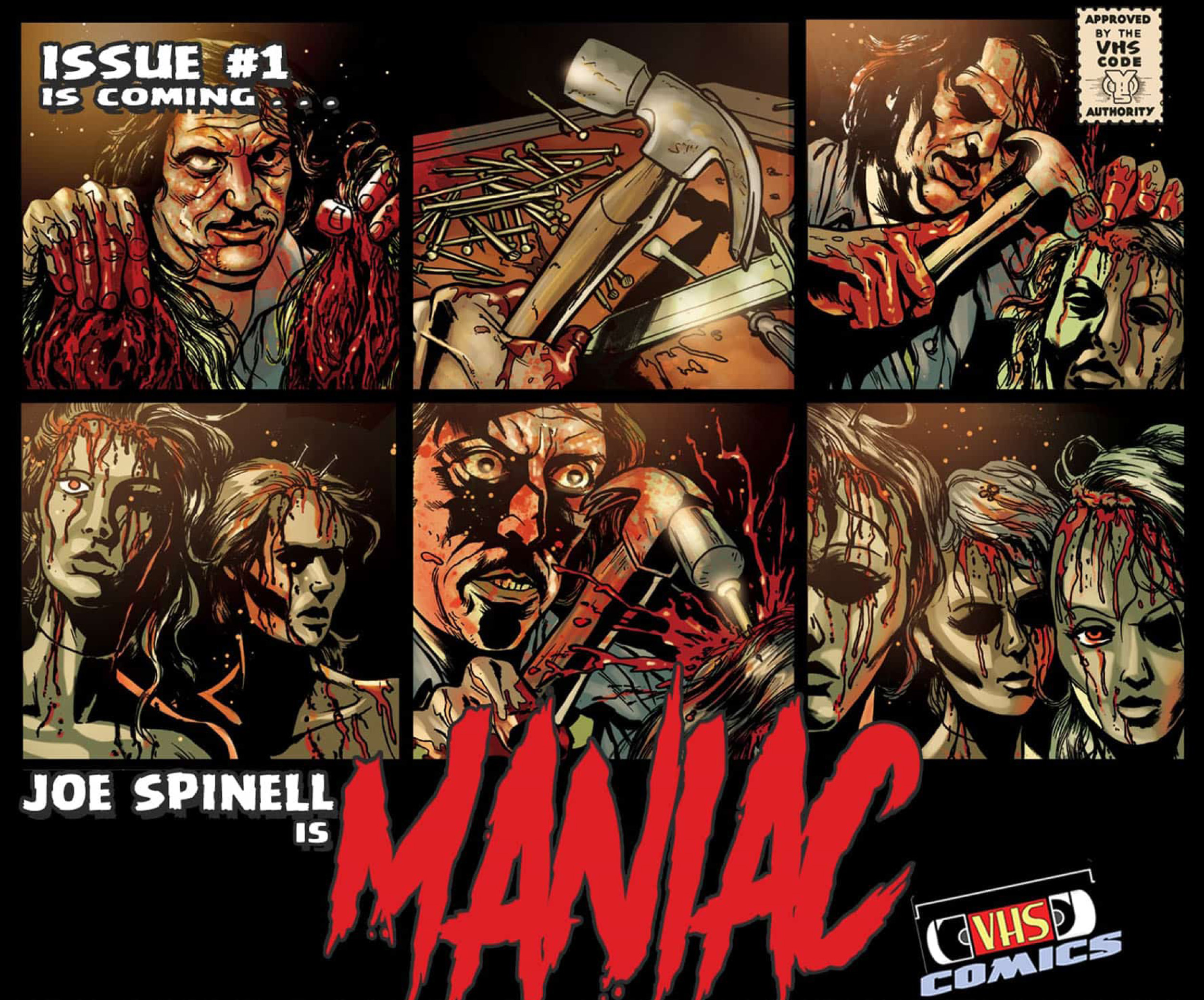 Favorite fright films of the past receive new four-color life in the pages of VHS Comics, a spinoff line from Shawn Lewis and Stephen Romano’s Eibon Comics. We’ve got an exclusive look at pages from the first two titles, MANIAC and LASERBLAST!
Debuting October 13, MANIAC and LASERBLAST are illustrated by Pat Carbajal, and will include extra material (like an interview with director William Lustig in the former), packaged with Eibon’s usual assortment of extra goodies, including custom-designed VHS boxes with original art. “We were trying to come up with a new line of books that would honor the past, while providing the basis for some awesome, progressive storytelling,” Romano says. “If you’ve read our other comics, you know we don’t just like to trot the movie out in sequential art form, exactly as it was done before—that’s boring, and very antiquated thinking. It’s more logical with a film like LASERBLAST to reinvent it as something bigger, bolder and brainer. It’s also really super gory—ultraviolent, like all our other stuff.
“These are both ongoing comic series,” he continues. “We’re not talking about doing a five- or six-issue run adapting each movie. These will go on as long as we can hold onto the licenses. Which means we’re weaving in all sorts of new stuff and drawing inspiration from the films, so that we do justice to the movies we’re honoring, then go beyond them, like we’re currently doing with Lucio Fulci’s ZOMBIE. That means the story of Joe Spinell as the Maniac Frank Zito will go on long after the credits roll on the film. I love that because Joe, of course, is not with us any more, and we are able to resurrect him and keep him alive for many years to come. The opening dream sequence that begins the first comic is a real tour de force for our artist. It’s 30 panels over two pages showing exactly what Frank does, and it’s one of the darkest, most violent sequences in horror comics history! It’s a statement about what we’re doing with the whole VHS Comics line.”
These books will be available exclusively via the Eibon Press website. Romano promises, “We have an absolutely insane surprise in store for issue 2 [of MANIAC]. It’s gonna make everyone lose their minds. We’ll be announcing what that is exactly on Halloween night at our website, so stay tuned!” 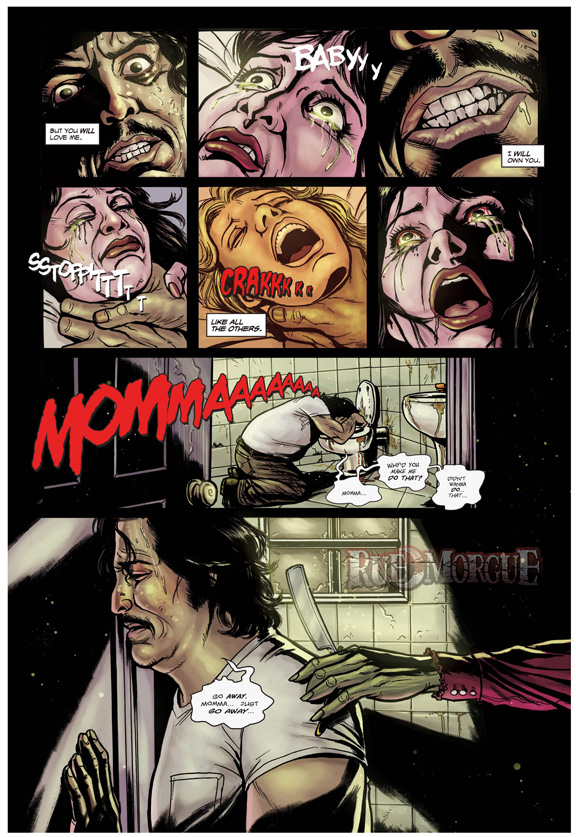 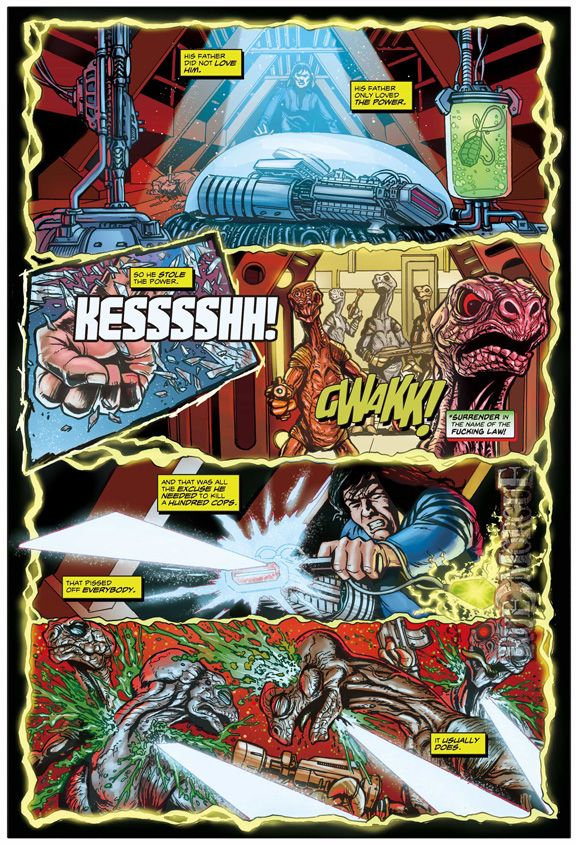