They saved Hitler’s body, but who’s going to save them?

IFC Midnight will release BURIAL in select theaters September 2. Written and directed by Ben Parker, it stars Charlotte Vega, Tom Felton, Harriet Walter, Barry Ward, Kristjan Üksküla, Dan Skinner, Bill Milner, Niall Murphy, Tambet Tuisk, David Alexander, Hendrik Toompere, Esther Kuntu and Sten Karpov. The synopsis: Set during the waning days of World War II, BURIAL tells the fictional story of a small band of Russian soldiers tasked with delivering the crated remains of Hitler back to Stalin in Russia. En route, the unit is attacked by German “Werewolf” partisans and picked off one-by-one. An intrepid female intelligence officer [Vega] leads her surviving comrades in a last stand to ensure their cargo doesn’t fall into the hands of those who would hide the truth forever.” 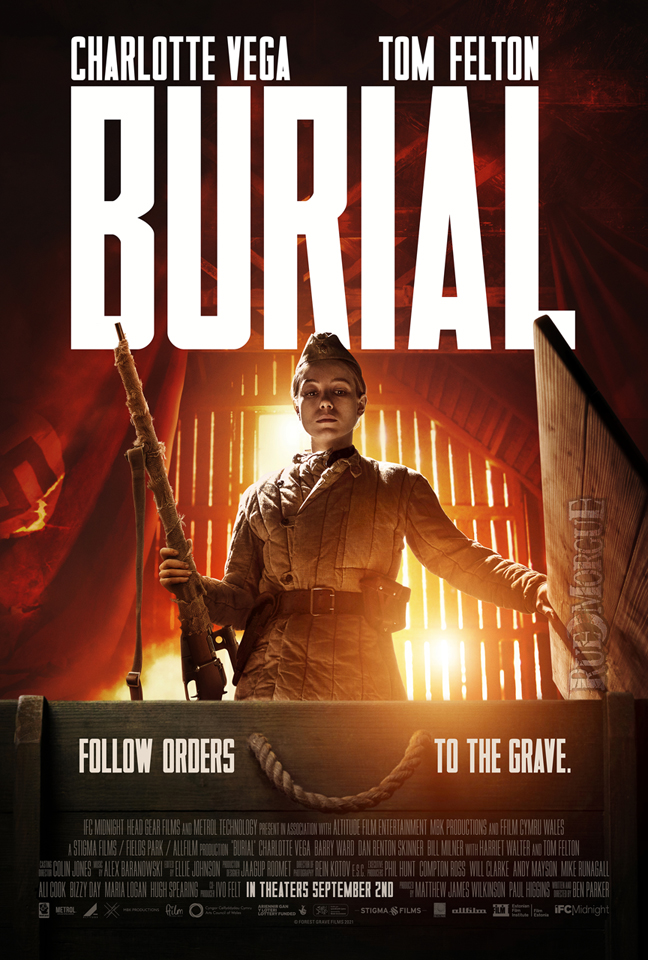